On May 14, we posted 12 Upcoming Movies Starring Black Actresses as Leading Ladies.  If you thought the appearance of black women in future films stopped there, then you were wrong.  Actresses like Alexandra Shipp and Octavia Spencer will be starring in these soon-to-be-released science fiction and superhero movies. 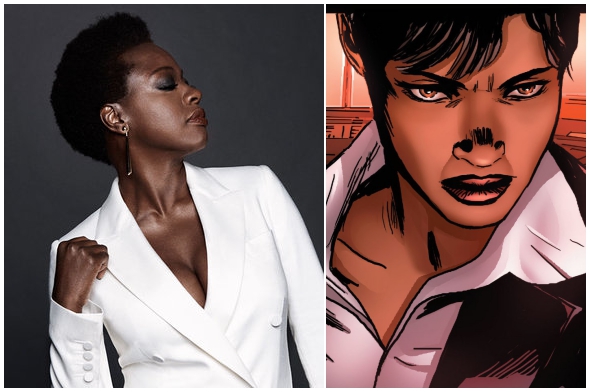 Viola Davis is set to star as Dr. Amanda Waller, who runs a secret government agency that creates a task force of villains called the Suicide Squad.  The movie is set to arrive at theaters on August 5 2016 (USA, India, UK).

Tessa Thompson, who many may recognize from the film Dear White People and Creed, is set to play superhero Valkyrie in the upcoming Thor: Ragnarok. Though the original Marvel character was a white woman with blond hair, Thompson being cast in this significant role is a necessary change, to echo the words of Blavity.  The movie is set to release in theaters next year on November 3 (USA, Denmark, Russia, Sweden), October 27 (UK, Germany), November 2 (Brazil, Argentina), etc.

3. Zoe Saldana in Star Trek Beyond

Zoe Saldana will be back as Uhura (originally played by Nichelle Nichols in the late 60s) on the Star Trek Into Darkness sequel.  The movie is set to release in theaters this year on July 22 (USA, UK, Egypt, Mexico), August 26 (South Africa), August 17 (France, Belgium), etc.

Though this up and coming Ugandan actress had a small (but powerful) script in Captain America: Civil War, she will have a significant role in Wonder Woman as Senator Acantha in the DC Comics.  The movie is scheduled for a 2017 release on June 2 (USA), June 21 (France), etc.

Both Zendaya Coleman and Laura Harrier are cast for the reboot of Spider-Man. Zendaya will star in the leading role as Michelle while Laura’s role has not yet been revealed.  The movie is scheduled for release next year on July 7 (USA), July 28 (UK), July 27 (Brazil), etc.

In a previous movie post, we shared that Lupita Nyong’o is in talks to play T’Challa’s love interest in the upcoming Black Panther. Well now, a casting sheet has been released by Screenrant fueling speculation of the actress’ potential roles, including Monica Lynne and Dora Okoye. Black Panther will start production in 2017 with a release date of February 16, 2018.

Up and coming actress Alexandra Shipp will play superhero Storm on this X-Men release.  The film is already out in the UK and will be arriving to US theaters on May 27.

8. Zoe Saldana in Guardians of the Galaxy Vol. 2

Zoe Saldana is also back as Gamora in this Guardians of the Galaxy sequel.  The film will hit theaters next year on May 5 (USA), April 28 (UK), etc.

9. Octavia Spencer and Zoe Kravitz in Allegiant and Ascendant 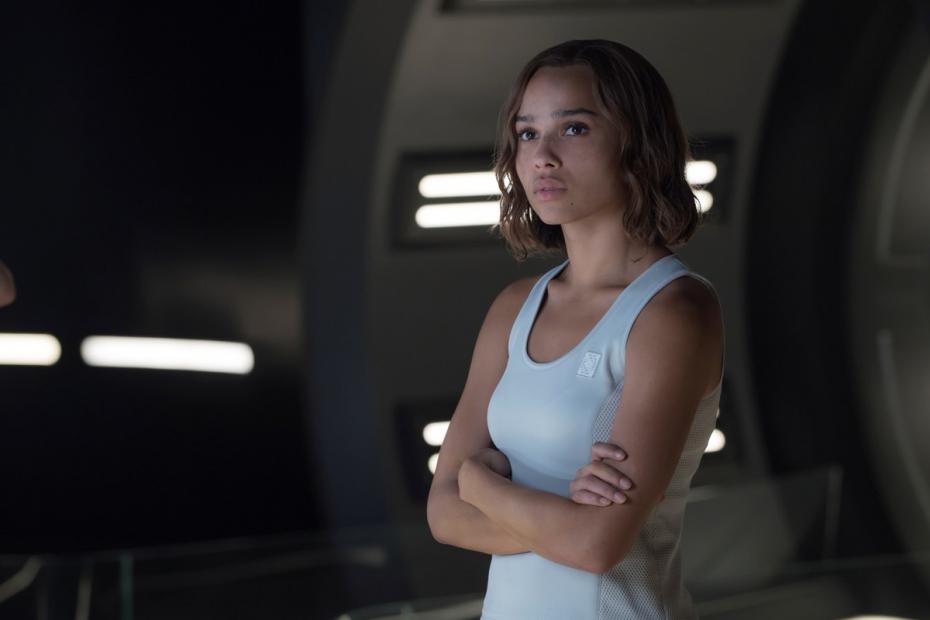 The Divergent series continues in theaters now with Octavia Spencer as Johanna Reyes, a faction leader.  Zoe Kravitz is also on screen as Christina, a dauntless initiate.  The news doesn’t stop here, though.  Both Spencer and Kravitz will also star in Ascendant, the sequel to Allegiant, which is scheduled to hit theaters next year on June 9 (USA).

In the soon-to-be-released Warcraft, Paula Patton will star as spymaster and assassin Garona, who is half-orc half-draenei.  The film will hit theaters on June 10 (USA), May 30 (UK), etc.

Vivica Fox will return as Jasmine in this Independence Day sequel.  The movie is scheduled for release this summer on June 24 (USA), June 23 (UK), etc.

Will you be watching any of these films?

Vivica face looks a hot mess now with all that botox

Not since the seventies have we seen a collection of women (Afro American) playing THE LEAD IN AN ACTION FILM. We must admit the last time we’ve seen afro American women playing the lead in an action film was some 40 years ago in the seventies. The question is are afro American women barred from playing the lead in an action film. There’s no good reason, even from a marketing standpoint, not to have women like Tyra Banks, Kimberly Elise, Angela Basset, Halle Berry, Gabrielle Union, Sanaa Lathan, Taraji P. Henson, Kerry Washington or some sexy young rising actress( Katrina… Read more »