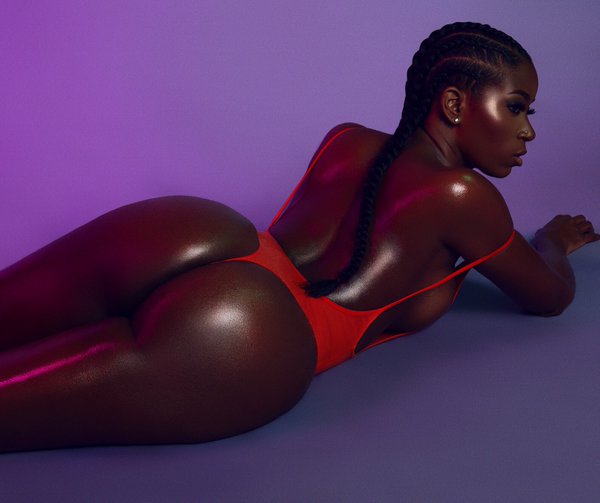 Twenty-eight year-old Tiarra Becca is the newest member to the Love and Hip Hop Atlanta cast. She’s a single mother of four that holds down two jobs to support them. She’s been praised as being one of the most beautiful women on the show.

Recently, Tiarra posted a photo on her social media accounts of her and her four children. She’s clad in lingerie standing in a power pose while her children fall in line on each side of her dressed in all black. 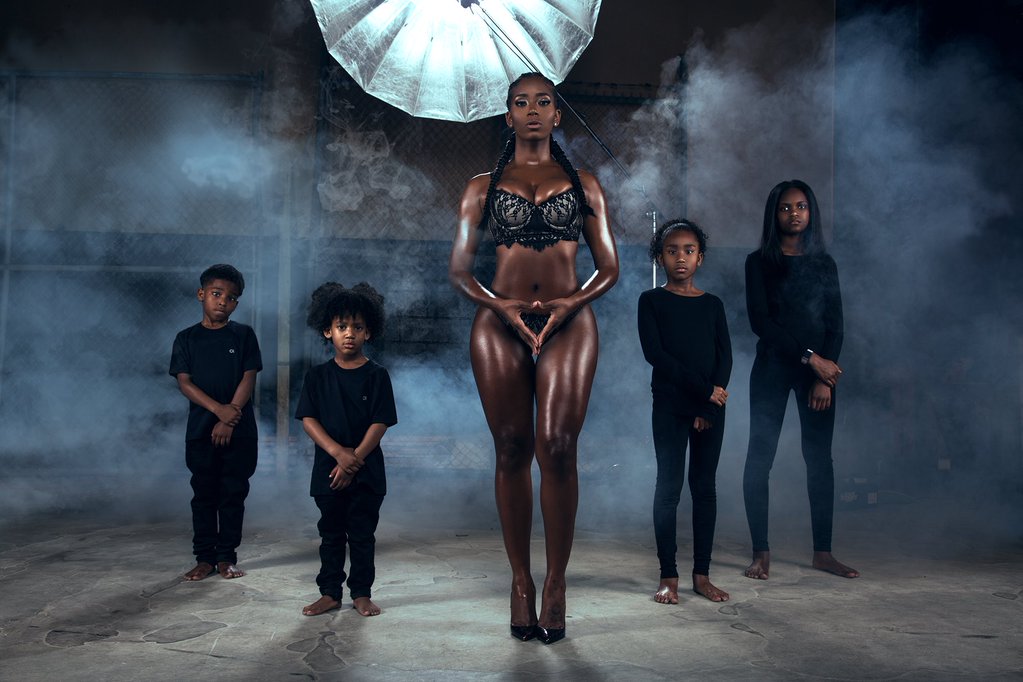 The photo has garnered over 14,000 likes but is not without criticism by fans.

“Im going to say it again dope photography but lame concept especially when u call it mother of 4. Its supposed to show her strength without the man in the pic. But everything went trash when she went lingerie only. Only lame women find this perfect. This is perfection if we talking photography.”

“nothing to Do with culture . She need to have on some more clothes . Nothing about this is art to me . It’s my opinion . She coulda had on a dress with a little more cover then what she has on . .. It’s not appropriate in front of the kids.. And if it’s culture then why the other kids aren’t half naked ? Ain’t nobody got one 1 cultured item .… It’s just my opinion .. No need to fight .. It’s just not appropriate to me”

“Why??? Where are your Clothes? Really? Sit down, do some deep Soul Searching. OMG. A long Evening Gown!! Geez # Stereotype”

Some folks praised the photo in defense:

“I SEE NOTHING WRONG WITH THIS PICTURE. ITS GLORIOUS. PEOPLE NEED TO SEE THIS. I STILL SEE MY MOM AND GRANDMOTHER IN THEIR UNDERWEAR OCCASIONALLY AND I THINK NOTHING OF IT. THEY ARE MY FAMILY.”

“This is not inappropriate. This is powerful. When are we gunna stop disrespecting bodies , and instead embrace them? Everybody is human. And everybody has a damn body. This picture is symbolizing the power of a woman. She looks amazing.” 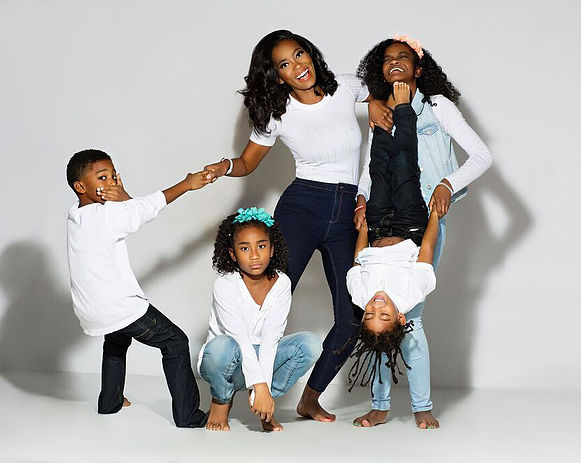 Either way Tiarra’s body is snatched and most notably broke the internet earlier this year when photos from her latest shoot dropped.

What do you think about the photo?

She’s gorgeous and her body is amazing. Beautiful children too.

It’s not my cup of tea, but I don’t see anything wrong with it. Could she have worn a bodycon dress and been equally as stunning? Yes, but she still would have been deemed sexy. A swimsuit would have given the same effect, but people wouldn’t have been so bothered.

I can go out in an itty bitty bikini and no one would bat an eye, but I walk out in bra and panties and it’s indecent exposure. Go figure.…

I just don’t see »why« she had to be in her underwear. Its a beautifully taken photo, she has a gorgeous body and face, and her kids are lovely, but I just don’t get it, I guess. Whatever, to each his own.

Tacky AF. Why on earth do you want a children with you on a professional shoot and you’re basically naked. And then your kids are in this black “uniform”. And then there is smoke etc. What is this saying???? I don’t have a problem with everyday nudity (changing your pants in front of your kids if they just so happen to be there etc. whatever, the world will keep turning) as long as no one feel uncomfortable. But this is a frivolous, unnecessary act that she is exposing her children to. I say again… Tacky AF. Just a reminder ladies, mothers… Read more »

Well, she chose to be a part of LHHATL so I can’t really give her props for this seeing as how the Black women on these ratchet shows allow themselves to get treated by men and how they carry themselves.

Anything for attention I suppose…

I TO SEE NOTHING WRONG WITH THESE PICTURE THERE“S A MESSAGE SHE IS TRYING TO SEND BUT A LOT OF YOU DON“T GET IT,POWER TO THE PEOPLE MY BLACK QUEEN.

This lady is beautiful and so are her children. She knows what she is doing and I hope she took the time to explain this shoot to her children. I do not have kids yet and I struggle to be toned like this but I am getting there! I agree with most comments here but she has the right to do this photo and obviously she wants to show her body.

I understand that nudity and the human body make people uncomfortable but it still baffles me at how upset people get about it. We don’t know how her kids view the shoot. It may not be sexy at all, her body may be something they see all the time. People impose their own ideas on children like that’s how the children are supposed to feel. You tell them “being naked is bad” or “people looking at your body should make you uncomfortable” and they absorb it. Saying the kids HAVE to be uncomfortable because you are is really untrue.

Yall sistas will support this but have a problem with Ayesha Curry, no wonder why the black community is doomed.…..

In my opinion as a grown woman with children she should put more clothes I don’t understand why people nowadays think that to be sexy you have to be half naked. what i really don’t like are the poses she takes, it’s too suggestive.Plus as the mother of girls she trivializes this vision of what is to be sexy. I hope her girls will understand that to be sexy you don’t have to be half naked.

Take sexy photos. Or take family photos. Sexy family photo shoots…the fact that the kids are perfectly ok with this raises eyebrows. It’s very disconcerting. I’m a very liberal and progressive woman, but there are things I won’t even expose my children to.

why did she have to be in her undies?

It is Love and Hip-Hop ATLANTA.…her undies are considered too much clothes

I really wanna know where this lingerie came from so I can get a set. Not taking pictures in it, but it looks nice.

I can’t get over how beautiful she is…just stunning.

She’s a very beautiful woman… i’m not sure why there’s fuss over a woman in lingerie…she’s a grown woman and mother.

My boys 7&8 will tell me hell no they are not taking a picture with me in that. When my sons see my underwear sticking out of my pants they running to tuck it in, or alerting me it is showing. Either way she has a right to do as she pleases i suppose.

I sense alot of haterism because of her even velevety skin ,
her dark hue and her wonderfully toned body..me personally..would not take photos like this..but i think she looks awesome unlike many and it seems natural.

Maybe she’s showing that after 4 children she still has an amazing body.