A few days ago Willow Smith was announced as the new face of Chanel. And in a gorgeous spread for W Magazine’s April 2016 issue, we get a closer look at the 15-year-old who is making a name for herself in the fashion and entertainment industries. 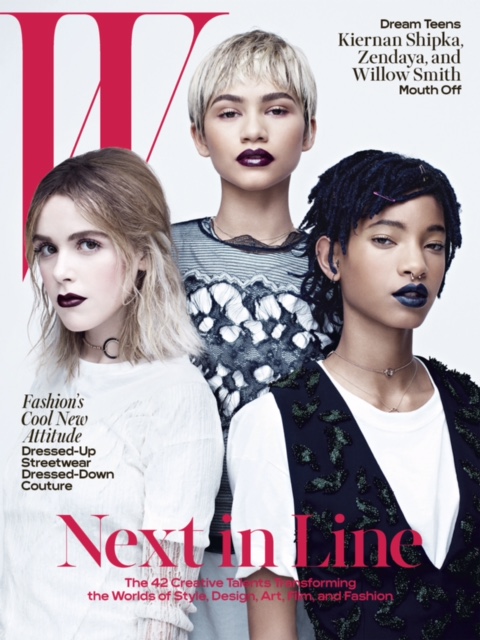 Willow self-styled her locs with a whimsical safety pin design she came up with herself. From the W Magazine interview;

“That was my idea,” Smith said. “I was in my bathroom yesterday and saw some safety pins on the counter and was just like, ‘Let me stab a dread real quick.’ When I did it, I was, like, ‘Oh, this is dope.’” 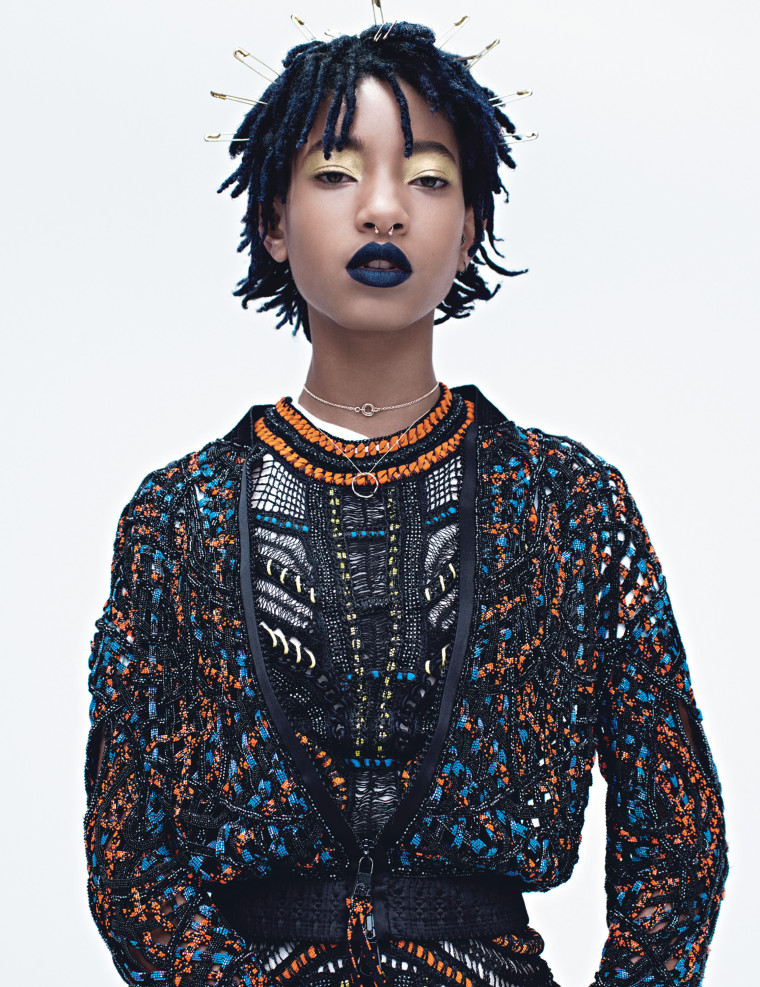 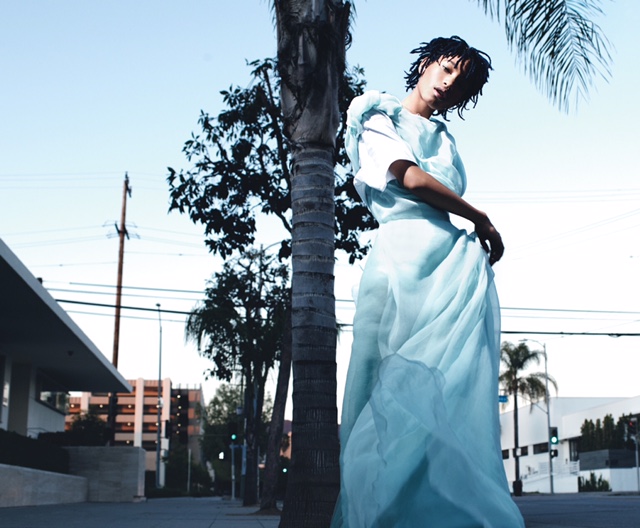 Willow, who was featured alongside “Dream Teens”, Zendaya Coleman and Kiernan Shipka, spoke of breaking into singing at age 10 with her hit single Whip My Hair.

“I kept telling my parents that I wanted to sing, and they said, “Okay—we can get some writers and producers here if you want this to be real.” So they got all those people in a room, and I was talking, talking, talking about the things that I loved, and the writers came up with that song. It was a beautiful experience.”

She also shared that her famous parents, Will Smith and Jada Pinkett Smith, trust her to set her own fashion boundaries.

“Only when I was 6 or 7. I wanted to wear things then that might have been too crazy. But now they know I set my own boundaries.” 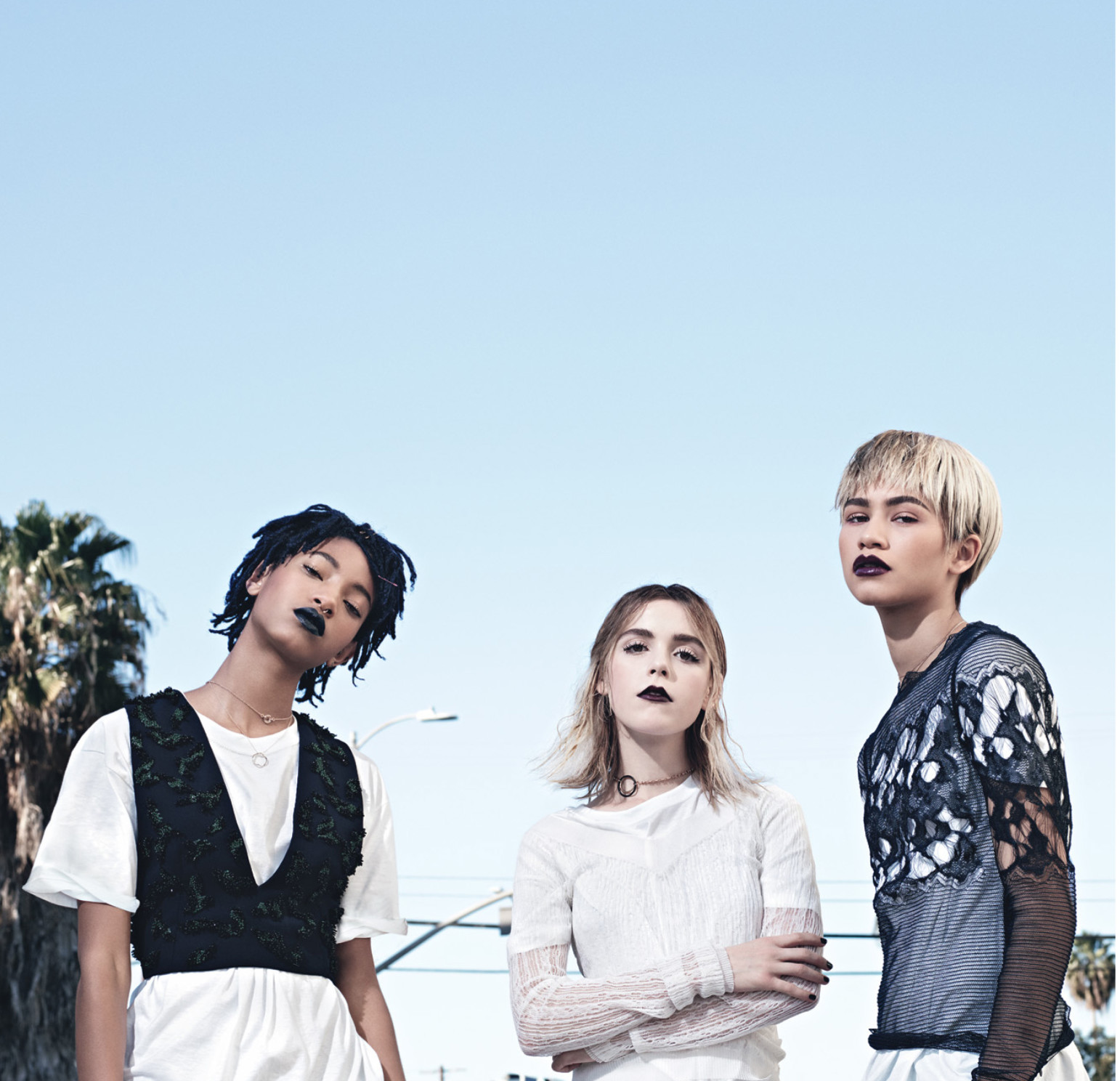 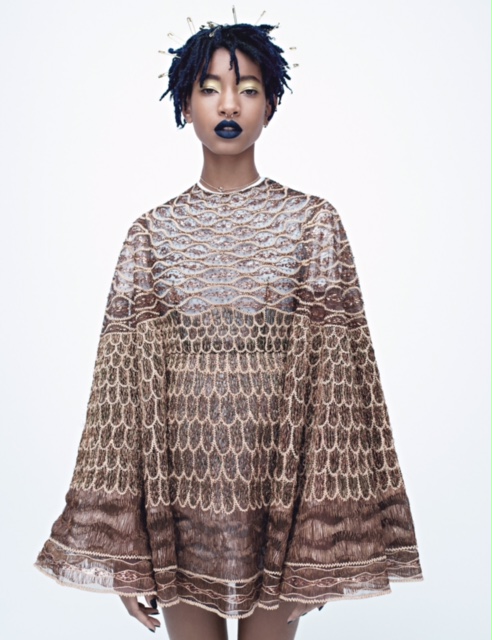 Willow is beautiful. Does she come off as that cool cousin who just happens to be a little odd? Yes, but it works for her.

Umm take a look at those safety pins a little harder..it’s not whimsical..it’s disrespectful. Think about it

I’m having a hard time understanding how a safety pin stuck in her dreads is being disrespectful. It seems mostly silly to me. Not trying to pick a fight. I’m just truly curious as to why you find it so disrespectful.

Too bad I can’t say the same for her brother.

Why does high fashion have to equal looking miserable? I guess letting them smile would be a bit too …normal!

the purpose of the model not smiling is to not draw attention away from the item(s) you’re modeling. the actual verbiage “you are simply a hanger.” interned at a local modeling agency

“let me stab one of these dreads real quick” lol

Ooo that black lipstick is not my cup o tea…looks like the walking dead.