From its title, Growing Up With Miss Jamaica sounds like a whimsical reflection of being raised on a sun-drenched island. But the article, penned by Jamaican writer Nicole Dennis-Benn, is a profound, first-person insight into the country’s rampant colorism that is often overlooked in favor of its ‘One Love’ mentality.

Here are 7 things we learned from Dennis-Benn’s piece;

1. Jamaican beauty queens are consistently fair-skinned, despite the fact that dark skin is far more prevalent on the island. This continues a tradition of elevating the descendants of Jamaica’s non-African peoples.

“I was 11 years old and had already begun to infuse the birds and the bees with my knowledge of color and class. I was beginning to realize that there was no way I could look like Miss Jamaica World/Universe Sandra Foster or Lisa Hanna with just bleaching creams and hair extensions, and I thought that my parents were to blame. I envied the popular girls at school whose parents bequeathed looks from indentured ancestors on the island—unique blends that made them desirable as our future beauty queens. ” 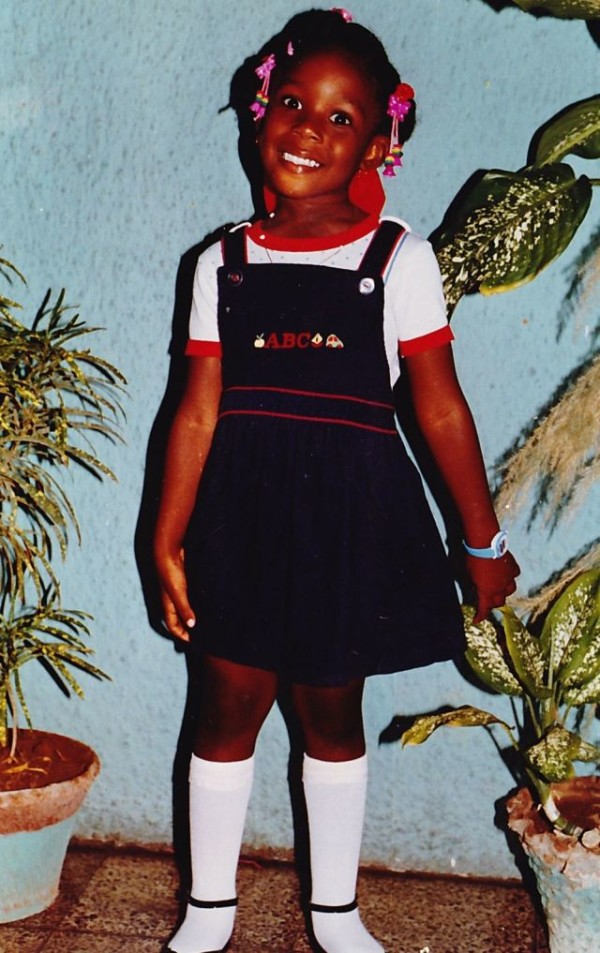 2. Colorism is closely connected to class, with many fairer-skinned Jamaicans enjoying higher socioeconomic status and living in safer and wealthier communities than their dark-skinned countrymen.

“Their lives existed far away from ours in a world beyond Kingston 8—worlds beyond Constant Spring and Hope Road. Their worlds existed on hills that seemed to touch the clouds. At night, the lights on those hills blinked like stars, mocking us for living in the pressure-cooked alleys of Kingston, the ugly trenches. They seemed to have it easy, never once having to think about disguising their blackness or growing their hair.”

3. Light skin is prized among Jamaican children, particularly girls, and skin bleaching is not uncommon.

“Denorah, one of the few other girls at my school from a working-class family, had discovered Nadinola. She stole a jar from her mother, who rubbed it on her knees and elbows, blackened from years of scrubbing other people’s houses. She hid it inside her frayed backpack and when she came to school revealed it to us. That was the year that Buju Banton, a renowned Jamaican dancehall and reggae artist, came out with the smash hit “Brownin”—a song that expressed his love for lighter-skinned women. “Me love me car, me love me bike, me love me money an’ ti’ng, but most of all me love me brownin!” What would happen if we used Nadinola for extended periods of time? Would we be invited to sit among the lighter girls at lunch? Would the boys who liked them like us too?” 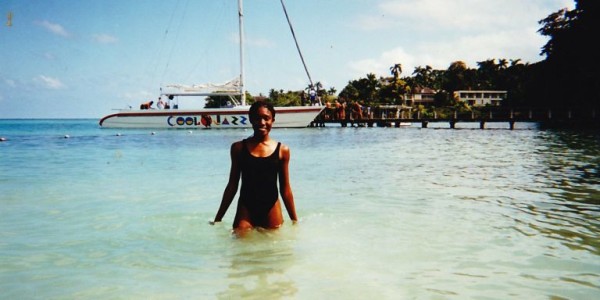 4. Jamaica has turned out many dark-skinned woman models and entertainers, including Grace Jones, who have shot to global stardom. But they do not enjoy the same exposure and acclaim within Jamaican culture.

“Though their stars shone bright outside of Jamaica, the Jamaican masses barely knew who Lois Samuels and Grace Jones were. Yes, there was a huge billboard of Lois Samuels’ beautiful face at Pulse International Modeling Agency’s headquarters on Trafalgar Road; and yes, Grace Jones snarled at us from the silver screen in Boomerang and the James Bond movie A View to a Kill—but these two women were never introduced into Jamaican mainstream society. America and Europe embraced them, gave them what we as a country never gave our dark girls—affirmation.” 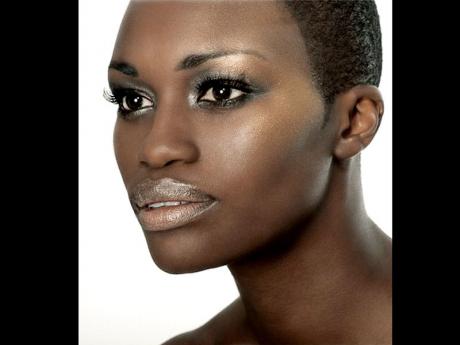 5. Although Jamaican pageant culture has moved closer to an embrace of natural hair, it has been slower to fully embrace dark-skinned winners.

“Two more girls were crowned Miss Jamaica World and Miss Jamaica Universe last year. Like most of the other girls before them, they were fair. The reigning Miss Jamaica World has dreadlocks, something that people who point to Jamaica’s motto—“Out of Many One People”—use as an example of a progressive, inclusive culture. I thought back to my sister and me prancing in front of the mirror. It wasn’t the hair so much that awed us, but the package of beauty sold to us, wrapped much lighter than the proverbial brown paper bag.”

6. America’s ‘One Drop Rule’ differs from Jamaica’s brand of colorism, where lighter skin alone can lead to significant class elevation.

“But I was later shocked to find that in America it doesn’t matter what shade of black you are—that here, the one-drop rule is taken seriously. Racism trumped class and complexion. I became black in America.”

7. Some Jamaican expats in America don’t realize that their country’s brand of colorism does not exist here, so they continue the practice of bleaching believing it can alleviate the structural challenges of being black in America.

“Then I remember the Jamaican vendor on Flatbush Avenue [in New York] who threatened to erase all that pride by attempting to sell me bleaching cream last summer. “Yuh could use a likkle skin lightening,” she said, holding up the jar to my face. “Why do you think I need it?” I asked, offended. “I’m perfectly fine.” She must have picked up on the sternness in my voice, because she lowered the jar, still managing to hold my gaze. “But who want to be black in dis place?” she said, echoing the sentiments I’d heard back home.”

They may occupy the first place interracial marriages but as a child I saw some black male adolescents whose parents were Jamaica who insulted black women unless they were light skinned.

These same youth then got upset because white male adolescents who sat next to their black sisters and black female cousins in class wanted to date them. Some of these white guys persisted, dated these black girls and stuck around to eventually marry them.

Guys from other islands did not have a tendency to do this though they still had issues with colourism.

This is called white trap!

Trust me, it’s not just in the black community. I find it very hard to think about. What is wrong with us (the human race)?

TA. It’s annoying that we are still perpetuating the slave mentality how many years after slavery was abolished? We seriously need therapy to rid the low self esteem we have of our selves.

I’m so happy my mother never thought us that we were better than darker jamaicans. for me when people ask who is white for me, i say my parents are black. my mom taught us that we are black african women. And a suh mi seh to mi son, you a black african boy (his dad is darkskinned, still come out too light ?). But al in all jumaica horrible fidat.

Jamaicans have a bad habit of not acception their own as they are. they never really like bob ( devil weed head) yet in part to him jamaicans are accepted and loved all over. bolt (they say he’s too black) yet look at what he’s achieved. Can’t win with we own people.

This NEEDS to stop! One is NOT better than the OTHER! Affirmation is from within. We are all beautiful colors, shades, and tones! #self-love

This is sincerely heartbreaking. Her story echoes what girls experience in Martinique where my family lives.
It seems never ending .…

This article is so spot on. I have never witness such coonism as I have in Jamaica my country of birth. They actually think its normal

I’m glad this site has finally published this.

the irony is that the jamaican fashion models who have the most success overseas tend to have gloriously deep complexions. the gorgeous tami williams has starred in a valentino campaign, the lovely kai newman has walked for gucci and many more, and this season saw the stunning debut of the exquisite naki depass, who scored exclusives walking for burberry, prada and celine, and who also took a turn at givenchy. even though jamaican culture may not celebrate these women as much as it should, thank god for the internet. these days, young black girls of all shades can go online… Read more »

Wow, to think that in the 18th and 19th century, Jamaica has been, one of the Caribbean islands to rebel against British rule! Where did it gone the black pride? Afro-Caribbeans in the UK occupy the first place in interracial marriages!

It’s a very interesting dynamic. I remember my mother telling me you could be too dark to work as a bank teller. There’s also the old phrase “raise your color.” It’s very much a statement on skin tone connecting with class, respectability and in the case of customer service, trustworthiness or relatability to the public.

Sigh.….I’m gonna steal some words I saw on youtube…‘when they took our love and confidence in our beauty they took our power away’.(paraphrasing).…This hit me soo hard because that sums it up for me.……This, imo, gets at the heart of what ails Blacks, wherever they are in the world.……and we must solve it.…Self love is power.…The only true kind.…and we will continue to suffer, wherever we are, whatever we are doing, no matter how educated, or how much money we have or dont…and if we don’t solve it then we deserve all of our suffering, we deserve gentrification, displacement, estrangement.… Read more »

It starts with two loving (or one) black parents teaching their children to love all races, especially their own. This was a great article

It’s starts with our parents being truthful about why we are the most looked down humans on this earth, educating us on our rich history before slavery, our beauty, our massive contributions to the world over and love and respect for ones self. We can have respect for others but it seems we still have a lot of work to do on us.

I takes a lot out of you to accept and love your dark skin in a Jamaican society; but when you do, its the most liberating thing ever.

My parents are Jamaican and I grew up with a mother who blatantly favoured her fair skinned children over those who were dark. I thank God that despite living in an environment that had nothing good to say about my dark skin, I refused to be ashamed of my melanin.