When Cizinho Afreeka and Jéssica Juliana found out they were expecting a baby girl, they wanted to give her an African name. The couple settled on Makeda (after the Ethiopian Queen of Sheba) and Foluke, which is Yoruba in origin. However after little Makeda Foluke was born, Brazilian officials in Rio de Janeiro, where Afreeka and Juliana live, refused to register the baby, citing concerns with her name.

“According to the Internal Affairs Division of the Court of Rio, the registration office submitted to the judge in charge a procedure of doubt. The prosecutor’s office issued an opinion against the use of the name because they considered it likely to cause future problems for the child, suggesting that a pre-name be added to the other names such as Ana Maria Makeda, for example. If the judge does not authorize, it will be up to the party to appeal the decision in the procedure in the proper registry office that will forwarded to the Council of the Magistracy…

Also according to internal affairs, “when pronouncing the name in Portuguese it makes no sense at all, except for coming out wrong, which could provide possible future suffering for the person in social life.”” 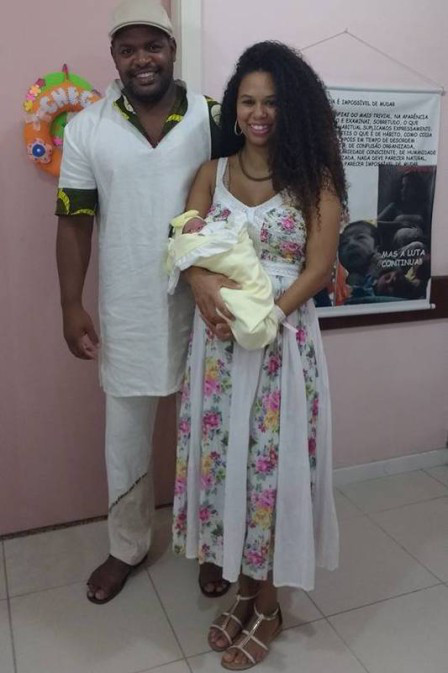 Meanwhile Brazilian officials approve babies with European names with no incident. According to BlackWomenofBrazil.co, where this story was first published, this is another example of Brazil’s deep anti-black bias.

As we’ve seen, anything that connects Brazil to its European heritage (in this case, names) is admired while anything re-connecting it to Africa is frowned upon. Although we cannot define this case as definitely racism, notice the attempt to steer the couple into naming the child Ana Maria with Makeda being pushed into third. If it isn’t anti-African bias, why not suggest another African name? Why suggest the couple simply introduce the ten millionth Brazilian Ana Maria? 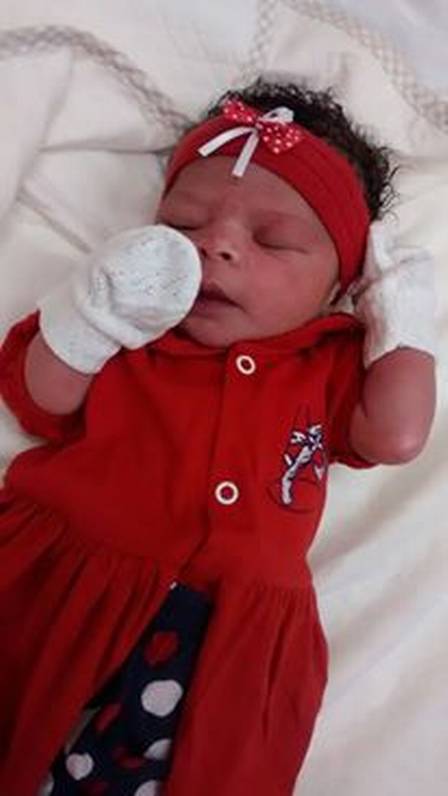 I think this is messed up but will hold off on saying the reason is because they are specifically anti-African. They may be just anti anything not in Portuguese language. They’d probably say the same to a Korean or whatever name. Disputes between parents and governments over appropriate names is not new. Some Europen countries have lists on acceptable baby names. I have read several articles about Iceland contoversies and the names weren’t African. Iceland has a problem with like Blair and Harriet and stuff like that. Go figure.
http://www.cbc.ca/beta/news/world/icelandic-girl-fights-for-right-to-her-own-name‑1.1314503

There are not only Portuguese living in Brazil but Germans, Dutch, Jewish people, Chinese and more and I highly doubt the Brazilian government would oppose their traditional names. One of the first things Europeans stripped us off were our names. They have a problem with us wanting to identify with our African roots and still today in some parts of Africa you will find some Priests(European) who refuse to Baptise/Christen babies with traditional names.

The names have to be Christian. Some traditional names are not. I know from my own family baby names have to be checked to confirm they are the right meaning which includes “right” religion. I’ve got relations who changed their names when they changed religion. An outsider wouldn’t see the difference in these West African names. In regards to countries with lists of approved names — I know in several European countries you are only allowed to go off the list if you can show the name is from your family’s ethnic and religious background. So a West African wouldn’t… Read more »

The last time I checked Christian and European go hand in hand. You can have a Spanish, Italian, English, French or Portuguese name and still be a Christian because Christianity is what they all practise. During invasion and the kidnapping of Africans and others from other lands it was common practise for Europeans to beat non Europeans into submission and have them accept their ideals. If one retaliated well you were put to death. How was this behavior warranted? Don’t think Africans who were on the Continent didn’t suffer at the hands of the colonisers too for not accepting foreign… Read more »

Having worked in Iceland I know they were a Danish colony, so after colonised was ended they want to ensure they don’t lose their cultural heritage even if lots of children now born are only half Icelandic. They are a small country of about 340,000 people and have restrictions on lots of things e.g. exporting and then reimporting Icelandic native farm animals, which seem ridiculous in larger countries. In Greenland, another country colonised by the Danes, there are lots of social issues due to the Inuit peoples losing their cultural pride after Danish culture was imposed on them. It’s actually fascinating… Read more »

Anything to become more white.…smh…

Wow I didn’t realize Brazil was a country where the government could object to what a parent names their child! This is definitely a classic example of throwing low-key racism at the use of “Black sounding” names. They literally think that because the name isn’t of European origin that it will cause the girl to grow up with people shaming her for having a Black name and if that isn’t a problematic way of thinking idk what is.

They are just going to have to accept the fact that not all of them want European sounding names. They need to stop forcing themselves on us. They keep forgetting that African descendants were forced there. Even if the baby did grow up with a European sounding name, She will still be frowned down upon.

Damn near half the population is of African decent and two black people can’t name their own kid because it’s too “Africany” I’m making sure my family members and black friends cross this spot as their vacation destination?

Outrageous! How dare Brazil tell parents what to name their child. Black people in Brazil allowed this imposition. You get what you allow.