All over Black social media there are discussions, memes and debates that reinforce the idea that black woman can only exist on opposite sides of the respectability continuum. A black woman can either be a hoe or a housewife, a thot or a lady, ratchet or classy, a bitch or a queen.

Black women are pushing back against this narrative with the #icanbeboth campaign.

The hashtag was actually conceived a year and a half ago by Tumblr user BrownGirlBlues. 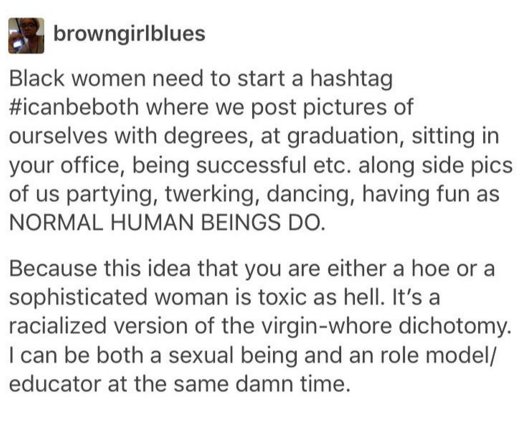 But it’s picked up steam recently, as black women are becoming increasingly vocal about casual sexism and misogyny within black culture.
Check out some of the images from the #icanbeboth campaign.

@jawnthebaptist For#NationalWomensDay, I’m joining the#ICanBeBoth bandwagon. People love to police Black women’s bodies, our minds, our behaviors. People tell us that our autonomy is a sin, that we can’t be sexual, ratchet, hood and educated and valuable all in one. We can either be queens or hoes, never both. Oh but bitch. I stand before you. A queen, a ho, a college graduate, a fried chicken lover, an educator, a twerker, a poet, a potty mouth. I can be both and it’ll STILL be above your pay grade to say a damn thing about it. I will twerk with “Still I Rise” playing in the background. And you don’t know naan ho. 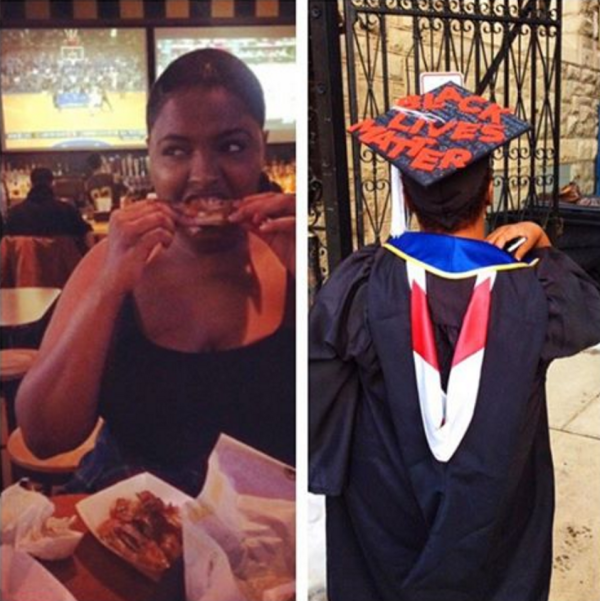 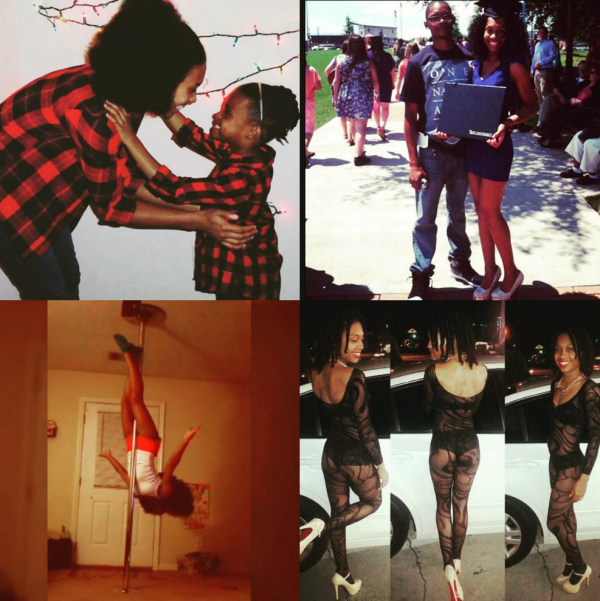 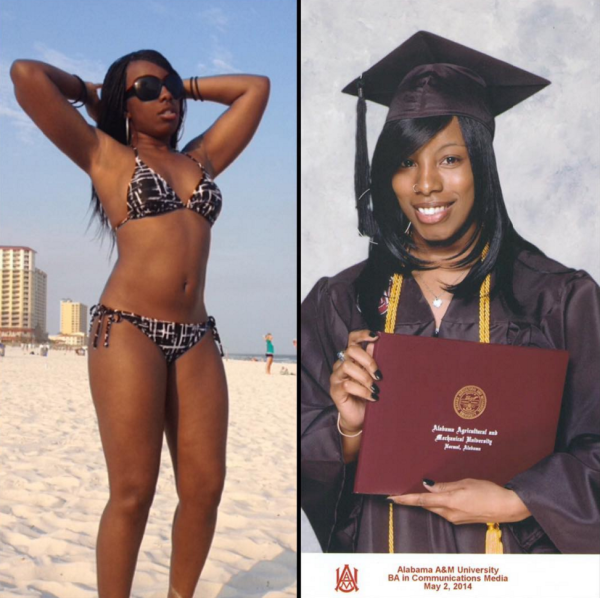 @evamystique I can be a marketing and events specialist for one of the most frequented restaurants/venues in DC and also be a sultry burlesque artist who embraces her sexuality.#ICanBeBoth #blackgirlmagic 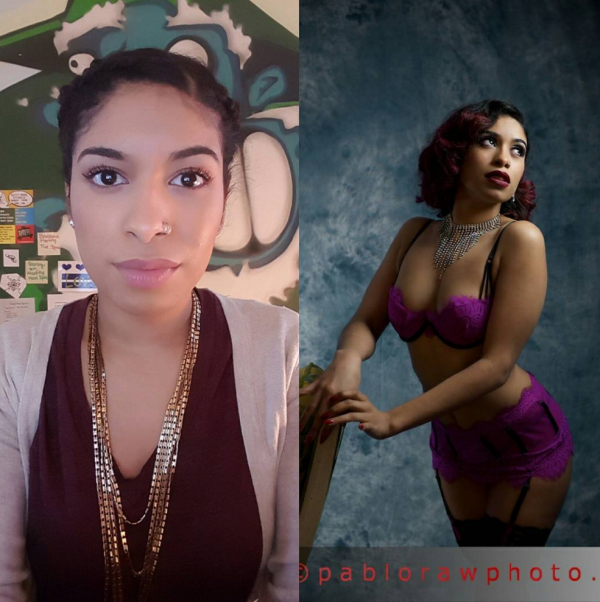 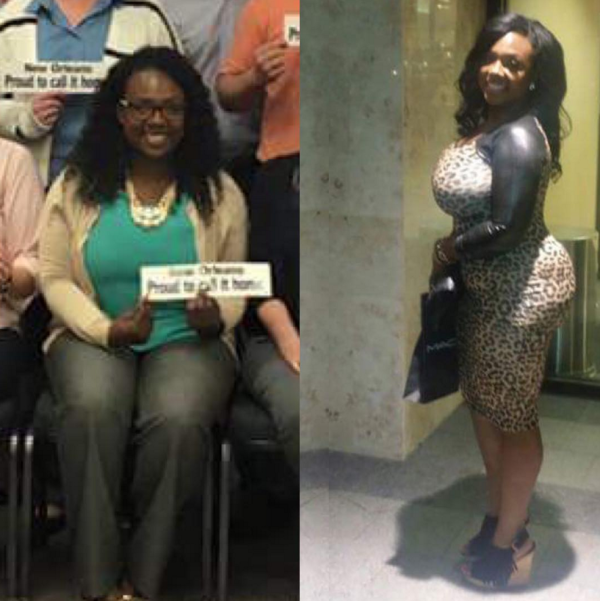 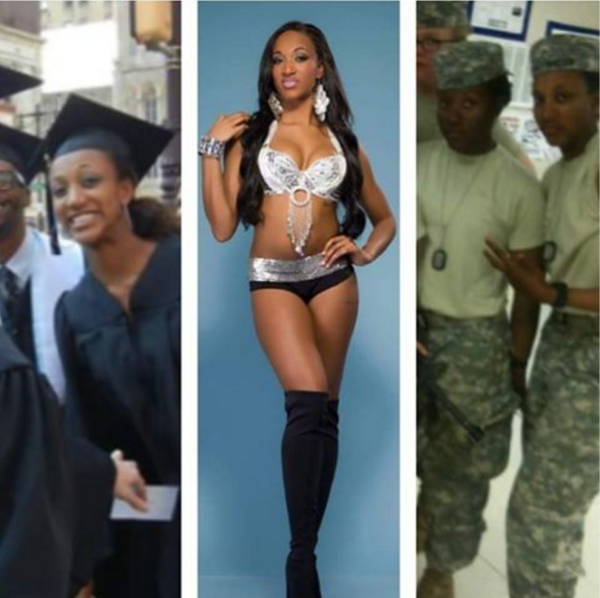 @left_handed_gemini Sometimes I might get be in the mood to #ShutShitDown with my people or speak on state sanctioned violence and how f’d up this system is. Other times, I might twerk the night away with my girls and/or walk around around showing off this glorious skin with no cares in the world. There is no box to fit me in. #ICANBEBOTH #PhuckMysogynoir#ScrewYourStandards#iDoMe 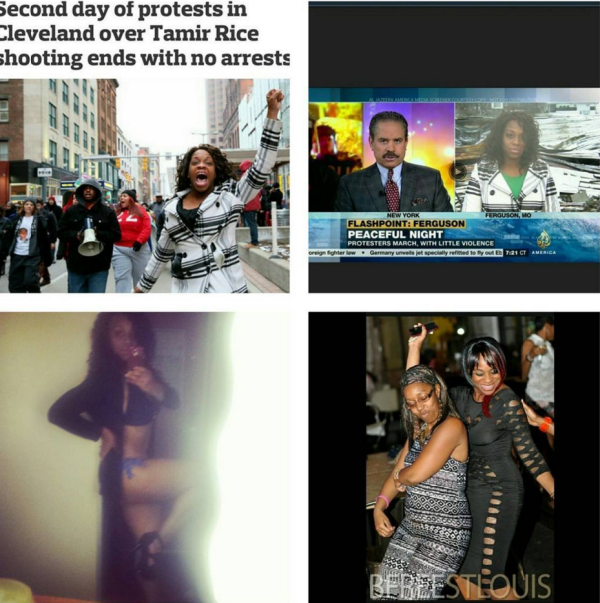 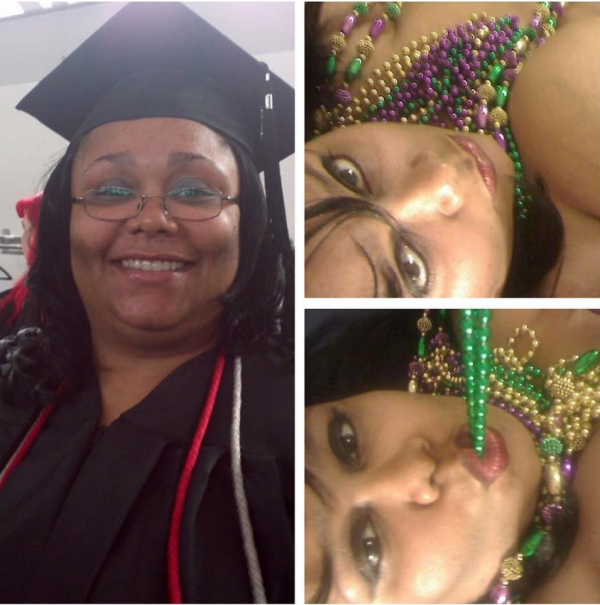 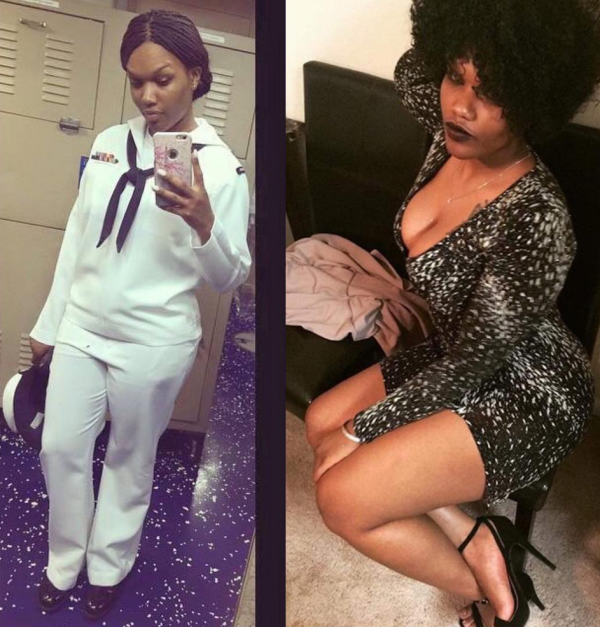 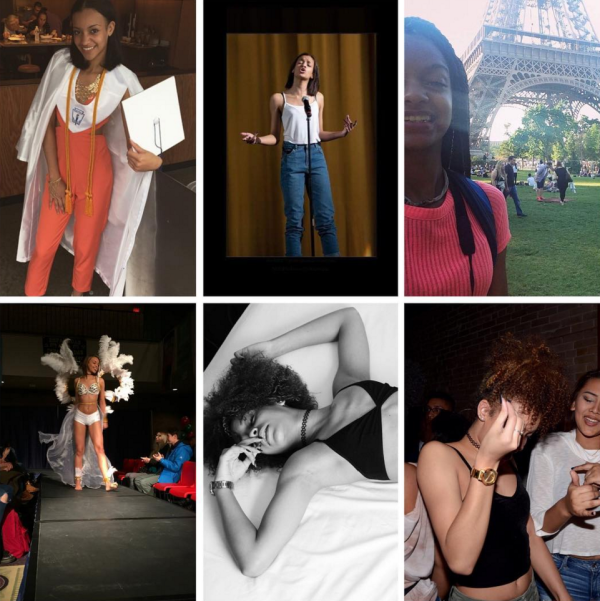 @kandykinz Happy International Women’s Day! ? There’s a misconception that women are either laid back, professionals… Or vibrant party going females. Society forces us to choose. I wear baggy scrubs and crocs at work to stick veins… but I can wear skin tight, open back dresses and heels and go party while still being the same ME.#happyinternationalwomensday #icanbeboth 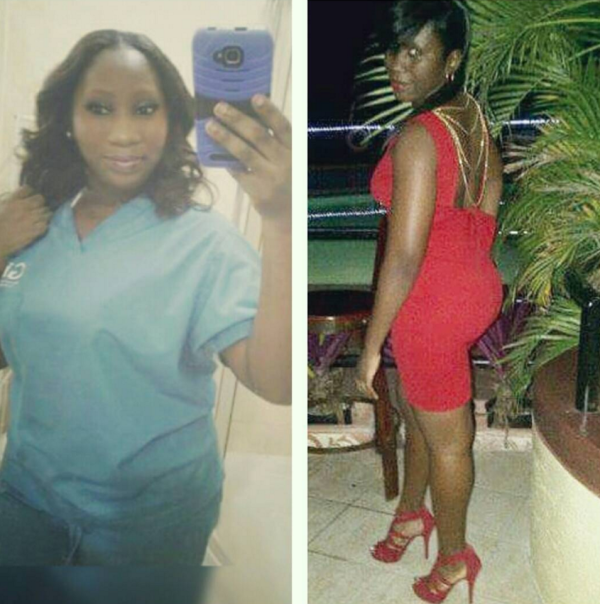 @_vyntagemuse #ICanBeBoth A Sexual Being AND A Role Model/Educator At The Same Damn Time .. As Well As Just A Tad Bit In Between 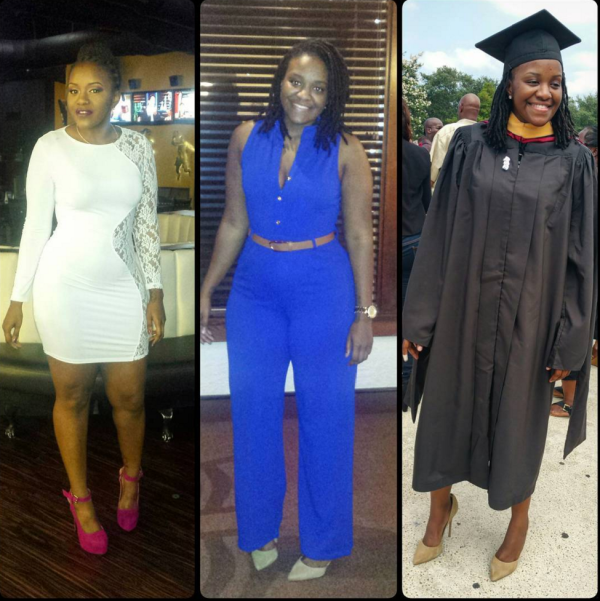 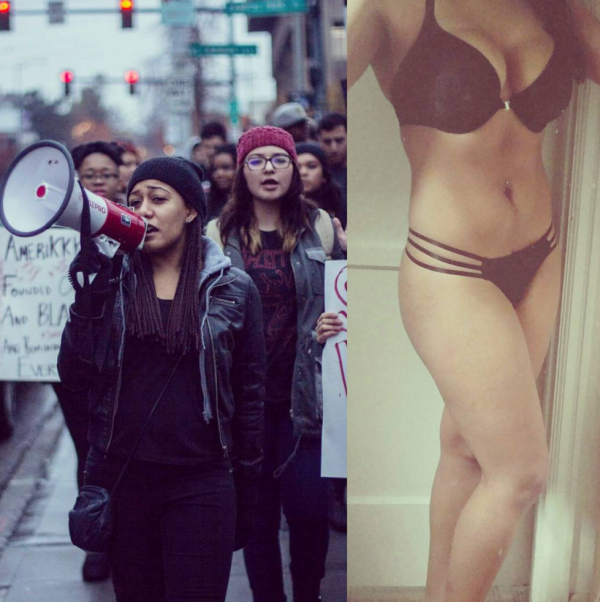 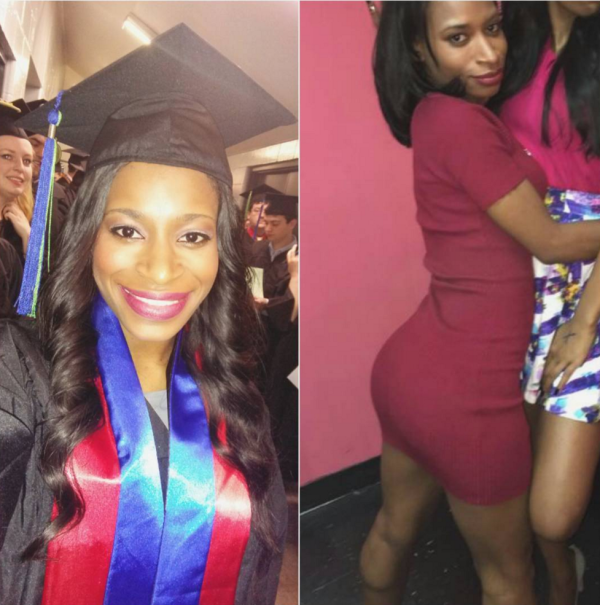 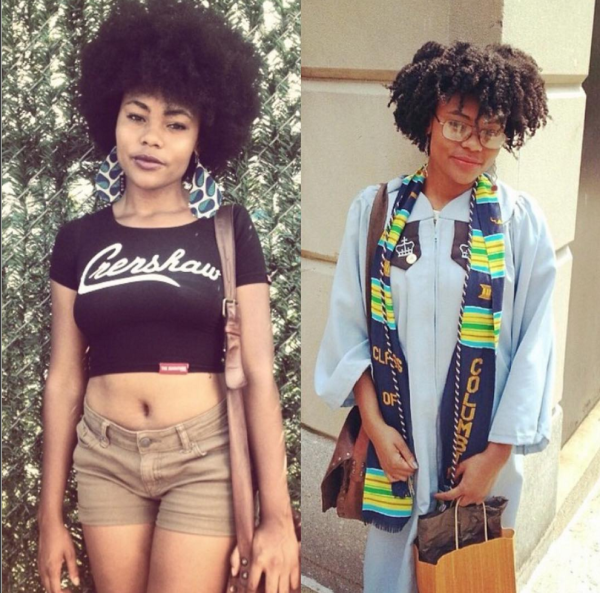 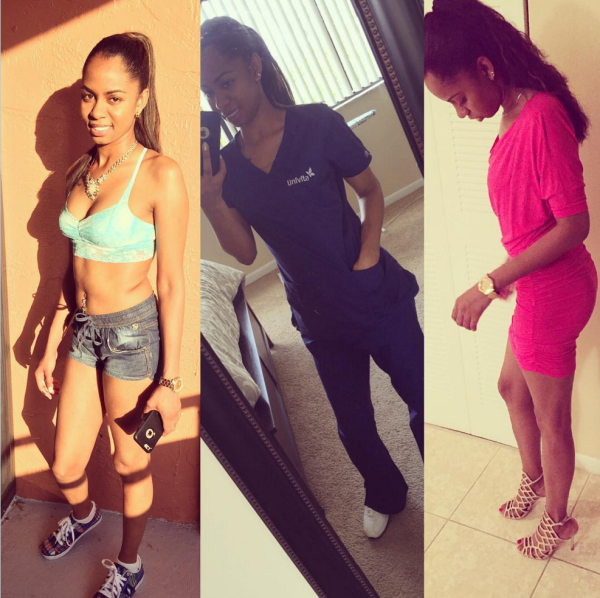 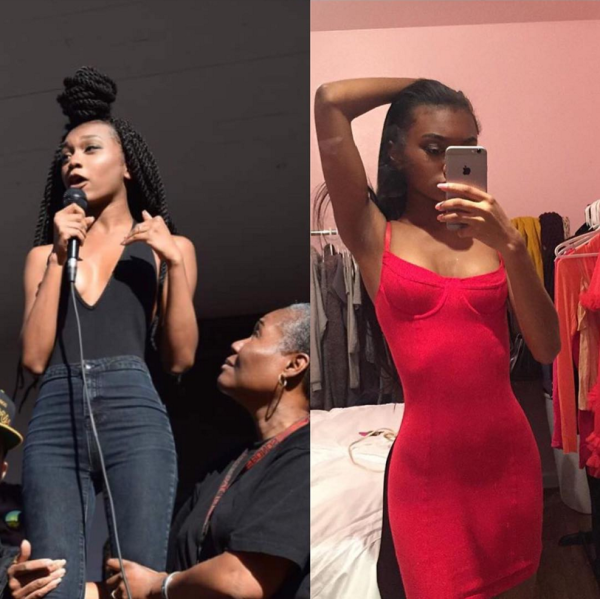 @kali_neko “I can work in corporate America for a multi-million dollar RPO, and I can be a novice seductress/exhibitionist with a penchant for geekdom in tune with her body and expression. #ICanBeBoth“ 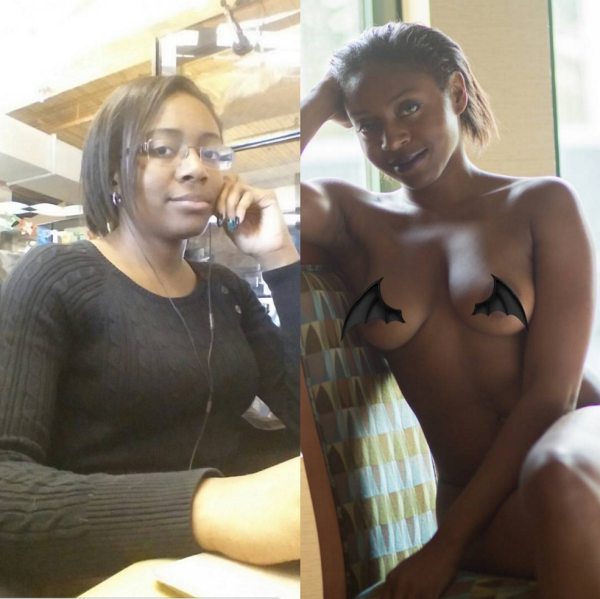 Some women pointed out #icanbeboth is itself limiting because women are not binary.

So true. But salute to these women for kicking off a much needed dialogue.

ugh. no, just no!! Social media and special snowflake syndrome have met again.

I love this. Often times a Black women are discredited if we aren’t covered neck down and always in the church. It is tiring and it’s nice that women are finally stepping up to men and saying no more.

I never would have thought the girl in the last photo had such a beautiful body! lol Proof positive you cannot discount the nerds.

ummm no! Why do we have to prove ne thing and also pictures of u being sexy and “conservative” mean nothing u can be covered up working etc and still be on the opposite end of the spectrum. Prove it to yourself not social media

Is it necessary for us to put everything out there on social media, I mean why are we constantly looking for validation from those who know nothing about us? are we that insecure about ourselves which in turn is causing us to to adopt these unhealthy insatiable appetites for attention. Maybe I’ve just grown up in a different era and I’m out of touch, Idk.

You and me both…but I call myself TRYING to understand what it’s like to be young, since (contrary to what my young cousins think) I too was young once and I know what it is to want validation from others. 🙂 However, I came up in the pre-Internet era so nobody knows about my ish, lol. These days (as I try to tell my young cousins) everything you put online is there FOREVER so be careful what you choose to share.

This whole discussion is just STUPID. If you have self confidence & love yourself you don’t need to prove or explain yourself to ANYONE by participating in this kind of narcissistic crap. By doing so you just become part of the problems black women face. Just let your boss or some prospective employer see your pics on social media half naked trying to prove a point that doesn’t need proving! You send out a message that’s not always positive. Women have been posing like that for decades to get attention & it can come back & bite you esp if… Read more »

Thank you. This is so stupid. Social media is creating so much insecurity and narcissism.

Well of course anyone can ‘be both’. The point SHOULD be to make up your mind.

I’m not sure I fully understand the ultimate point of all this, but I will do my research. I am just on old lady on the inside who enjoys going to tea and likes to be home before sunset, so I think the only person in my life who needs to know that I can be both is my man. There’s just something extra sexy about covering up during the day in all my layers and geek glasses, then coming home to let it all out with my man. My body and all the things it can do are for… Read more »

I tried to agree with this but my heart won’t let me. This is what white and other races do. Just because other women are seen doing this does not mean you should too. No one said you have to be conservative all the time but exposing your temple and wearing sultry clothes knowing you have kids and a career path is both awkward and unprofessional. How you present yourself is where your respect lies. There’s nothing wrong with twerking but there is something wrong with doing it publicly and in dresses that show your privacy. I like the whole… Read more »

This is not a race thing, but rather a woman thing. You are like the flip side of white people telling us what we should and should not do because of our race.

Also there are indigenous tribes all around this planet, where you did/do not have to cover your body because others don’t feel comfortable with it. It was organized religion that that took the idea of SHAME and shoved it down our throats. And it seems that you are still drinking that kool-aid.

I understand what you mean, but some men think all women are sluts regardless of how women are dressed. Plus we shouldn’t care what men think about us really. Just be you and own it.

Because men will definitely be themselves. I look at men just how some want to judge us. ..Lol

Yeah. The last picture of the lay was nakad but they covered her boobs. That’s not really necessary it? but hey, She feels comfortable in her skin, most women do so that’s a oh well for me, I was just voicing my opinion.

how about black women in the electrical engineering firms , or nasa, or freaking archeologists, or how about backpacking travelers, when y’all gonna post that? because it seems that MOST OF y’all talking the administrative majors, business, nursing…… uh….. how about teaching makeup AND physics , or calculus on youtube. C’mon black women, we can expand!!

I just learned about that but if you ask me, It looks like sexual exploitation. This isn’t about the planet and other tribes. We are living in a different country. It is a race thing, I wish people would stop denying race problems in the same country that was built on racism. Like the other comment said, it is another attempt to “oversexualize” the black woman. You should watch the video and read the story of Sara Baartman. She was a south African woman who was kidnapped from her town, humiliated, taken around like a circus, and being made a… Read more »

I agree. You CAN be anything.

I personally relate to the mom because there’s a perception a woman can’t be sexual once she has children. “Your children will see this someday!” So? Maybe it will humanize me. I didn’t always scold, mainatain the home and teach manners. I cursed, got loud, wore sexy clothes… Moms can be whomever they want and being multifaceted teaches your kids to accept that people are more than one dimension.

Sure, SHE can be both and more!

Many of the comments on this thread are proud positive that black women need to claim their power as women and own it. Even our own wish to box us in and subjugate us into knowing our place. Ladies, be both and more. Feel FREE to be whoever you need to be.

The problem with this is that all it makes guys think is: “Yeah, I knew she was a filthy slut! Just been playing it down.”

This hash tag is USELESS…. This is just another trick to get black women to subconsciously oversexulize ourselves

Of all the things some people feel the need to be “both” of. One would think it a given that you can be both a person who’s fully clothed and one who isn’t. Thought that was something everyone could do? Guess being 1. a great mother/sister/daughter, etc and 2. a genuinely caring and helpful person towards others (as in “I can both care about my family and those outside of it as I’m just a person who loves others”) just isn’t good enough, despite the fact that, unlike the act of shedding one’s clothing at nightfall, that isn’t something everyone’s… Read more »

I am so confused since when did hoe become synonymous with having a good time. It seems that they are trying to say that they can have a good time as well as be educated. Of course you can, except having a good time doesn’t mean you have to be minimally dressed (some of these women are not even minimally dressed they are dressed quite fine). Really? Actually accepting the term hoe is very annoying. Are you trying to say that yes you can be a hoe and be successful? Well of course you can. You can do any demeaning… Read more »

This is gold!
YAAAS QUEENS. It’s about time x

I have to disagree with many of the comments here. I think this is an important discussion because too many people place women in the virgin vs. whore category and it’s sexist and limiting. People need to accept that women are MULTIFACETED HUMAN BEINGS! You can’t place us in a box. We can be whoever we want to be even if you think we’re walking contradictions.