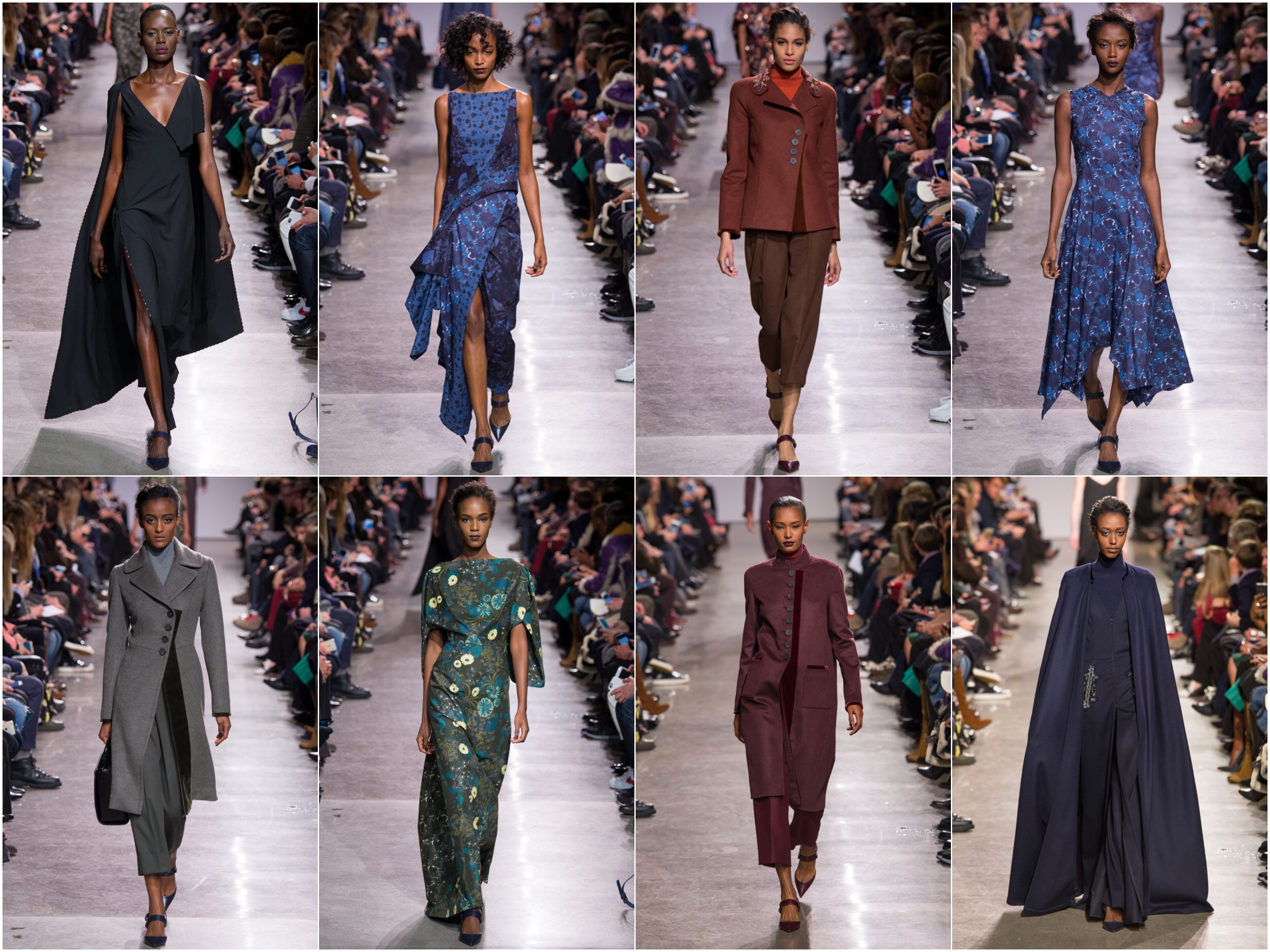 Last Monday, twenty-five black models walked for Zac Posen’s Fall 2016 collection at the New York Fashion Week.  In an industry where black women are scarce on the runway, this move caught the attention of many, even making headlines in the New York Times.  Though the response to Posen’s highlighting of black models has largely been positive, there are those who refuse to let a black girl shine. 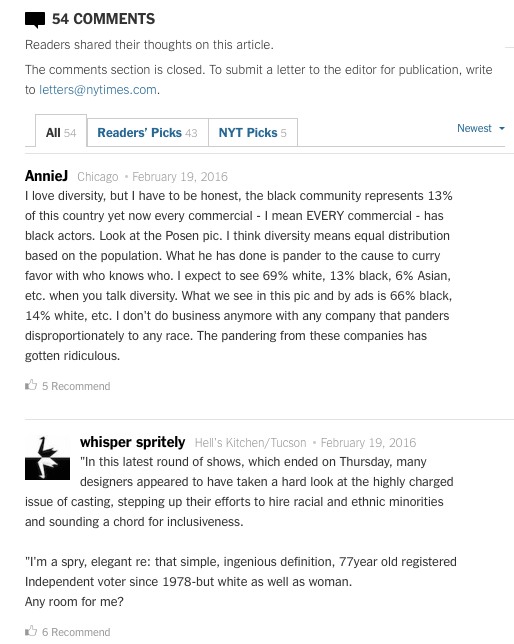 A snippet of the comments from New York Times readers on Posen’s inclusion of black models. 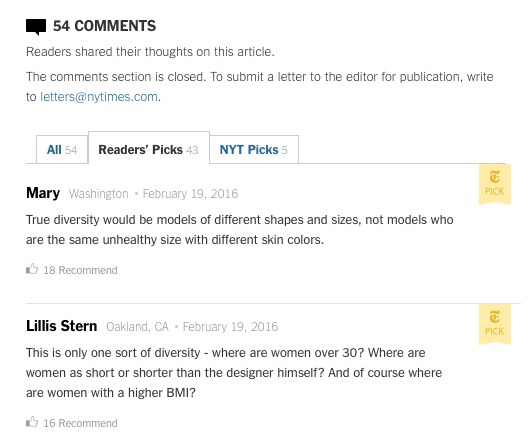 Oddly enough, the top comments on the NYT article are from disgruntled readers as well. 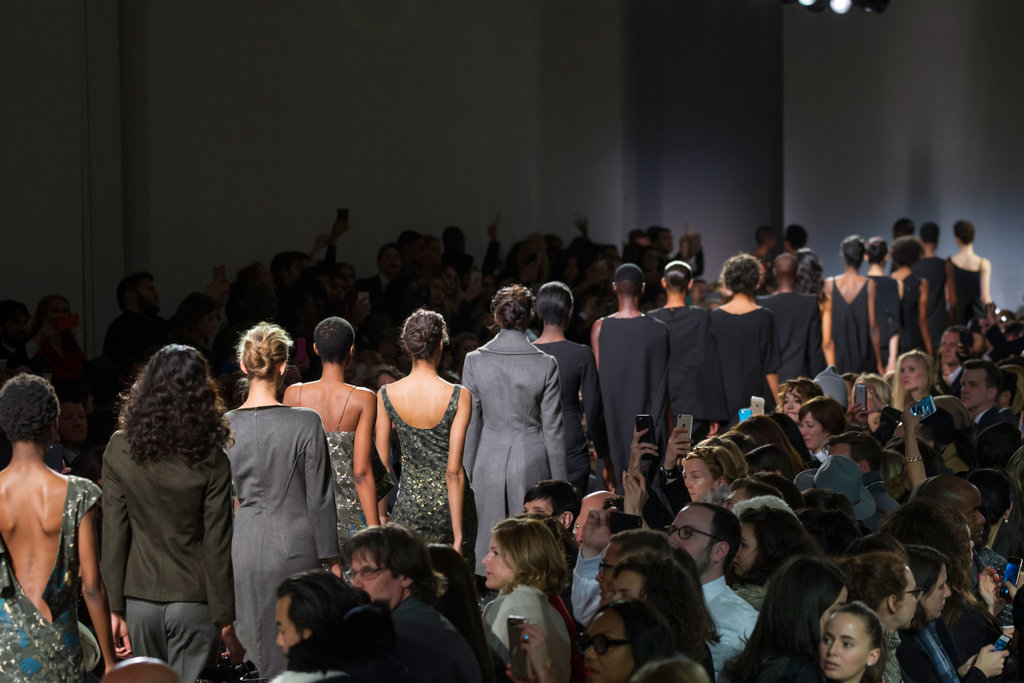 The melanin at the end of Zac Posen’s show. Image Credit: Daniele Oberrauch 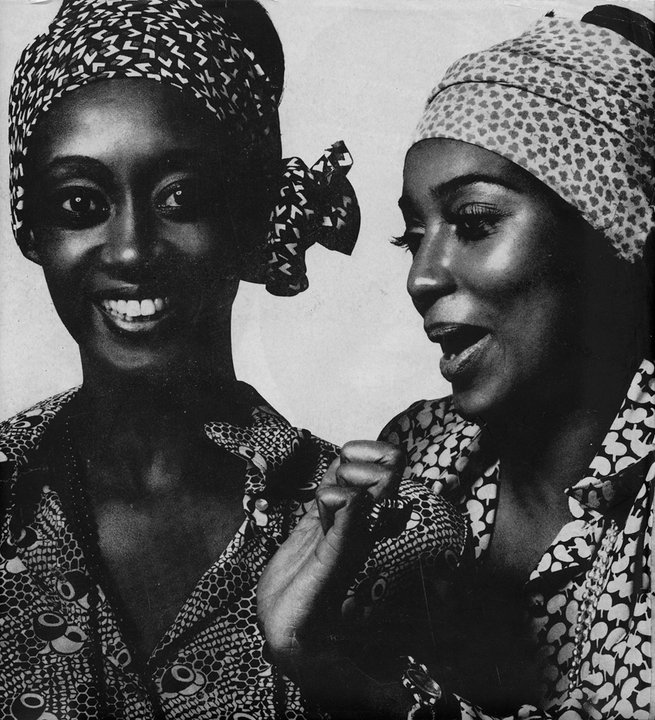 Posen was paying homage to Princess Elizabeth of Toro.  It seems logical that the models chosen for a show inspired by a black woman would include black women, right?  So, what is the problem?  Furthermore, the runway could really use this fresh dose of diversity on a more regular basis.  Posen made this statement to Harper’s Bazaar:

Since the inspiration was Elizabeth of Toro it made sense to have a casting reflecting this. Their presence and the diversity of the casting complemented the collection and made it more striking. … We live in a diverse world and it is essential it is represented in the fashion industry—it has always been critical to me, as well as a key component of my collections—whether it’s shapes, sizes or skin color—as my customers are global and part of all diverse groups.

What do you think of Posen being slammed for highlighting black models at NYFW?

All black anything and watch all the proponents of supposed “diversity” crop up. Bigots tell on themselves all the time.

Right! It’s astonishing how all of a sudden people care about the demographics of America when they aren’t being represented. Like girl diversity does stop at skin colour. I bet you majority of the white models at the fashion week aren’t even American Nationals but from Eastern Europe, no complaints there. And it’s funny since they are trying so hard to represent America in its true Americaness why does fashion week even have foreign designers, should Karl Lagerfeld be allowed to show, does DVF count cause she has citizenship, is Max Azria okay cause he can pass for white. I’m… Read more »

It’s not sincere. They just made up some nonsense to hijack a diversity conversation where they (not surprisingly) are overwhelmingly represented. But they miss the point. It’s not about even Stevens. The exclusion of other groups is why their representation is important. It’s about showcasing another group’s asthetic or lifestyle so they are humanized. I see Chinese take out in damn near every show and movie but are we even telling Chinese American stories? They are a bedrock of this nation. How To Get Away With Murder had a scene where an egg roll was called comfort food. It’s a… Read more »

This insincerity is hallmark of white expressions of disbelief at simple fact. It is scientifically known as cognitive dissonance. White people as a collective will spit in your face, strike your face and take your possesions. Hit back however, and expect accusations of perpetuating violence and disturbing the peace.

He’s always been supportive of women of color. He was one of the first designers who consistently lent Black actresses couture for the red carpet… lemme tell you, that was/is a big deal, as many designers would say no to a lot of actresses and personalities.

He did a GREAT job! Thank you! Forget about the nay-sayers, Debbie and Dan downers, bigots, haters, and critics!

I just think its interesting that people want to talk about diversity when its suddenly all black models on the runway. Where was this discussion when the other 75% maybe 80% of runway shows are mostly white models? There shouldnt be any negative comments about this show, especially the hypocrytical ones that speak on diversity, but reject it in the same manner. Smh. Just shows that there ARE underlying race issues in America. 🙂 b/c if these models were white, it would be cultral appropriation mwhaha.

Interesting how these “disgruntled readers” are silent when time and time again, the runways are dominated by White models who all look to be the same height and size. But as soon as it’s Black models, they wanna clutch their invisible pearls and call foul. Bye, Felicia.

All of these all-white runway shows: silence.
A single mostly black runway show: LET’S TALK ABOUT SIZE DIVERSITY.
I am sorry, but this is pathetic.

That’s the issue at hand. It’s one show. Out of all the other shows. But here’s the sweet part of it and black people, especially the patient among us need to be steadfast and patient. They are exposing themselves. I don’t know about you but I’ve never experienced a black History Month as vivacious, vibrant and unapologetically black as this one. I haven’t heard one thing about MLK yet from black people. And white society loves to uplift their sanitized image of black leadership up to us as martyr worth esteem. Let them expose themselves. Sit back. Make moves, be… Read more »

This black history month has been LIT

So basically.. White ppl spoke once again without understanding? You’d think they’d be tired of embarrassing themselves.

A handful of critics compared to ALL those who understood the inspiration and applauded the step Posen took. And this warrants an article? Because people actually exist who disagree? And we care about these opinions because…?? Beautiful collection Zac. Way to keep a step ahead of the times.

I say support designers who believe in diversity, e.g., Posen, and boycott those who don’t. Easy peazy. It is interesting, though, that now that white folks are getting a taste of their own medicine, it seems that it don’t taste so good.

Gosh, Can we shine in Black history month?…smh

It’s because they are scared. They always have been. The weight of their indiscretions is too heavy to bear now so even the mention or slightest act of truth to power threatens their hegemony. Cognitive dissonance.

Same idiots who keep saying “all lives matter.” Everything has to be about them. They are threatened when they aren’t the center of everything.

Dear Eris, please make the lives of these racists *interesting*. (Eris is a trickster Goddess.)

Fashion and race: The forced marriage |

[…] where black people are a minority. In general Posen’s show was well received but some were not filled with the same sentiment. Is it simply a case of mirroring model quotas to census data of the […]

Good for you Zac Posen. There are ‘some’ designers or whites who generally ‘get it’ and will use black models without reservation, and its those designers I would support with my hard earned cash. And I am not talking about those who practice tokenism. Sadly they are in the minority. A tiny minority. As for the sudden cries of diversity when mostly black models are used, well, not really surprising is it folks? When white people experience from the first time what its like to be erased from shows and media in general for a hot minute, suddenly we need… Read more »

Basically I need to go support him and purchase something from his Mac collab, right? lol (I needed the excuse.)

Zac Posen you are absolutely bad ass to the mother! I wish that there were more white designers, photographers, producers, studio heads etc had the same intelligence of you and saw the dynamics of beauty, elegance, and grace, with black women as a whole. We are so much more then meets the eye and sooooo many people have no clue about the sub-textural depth of who we are as Black Women and the most incredible infinite accolades that we can reach.

I’ve always loved Zac Posen. I say this *all* the time: when whiteness is not at the center of all discourse, white people get mad”. Even in this case, where the discourse is about black women, for a change, white people still want to be at the focus. The *world* is brown. I don’t give a hoot about the racial makeup of your small podunk town in Who-the-F-Cares, Amerikkka (to AnnieJ in the NYT comments above). The WORLD is brown. No we are not “minorities”. An all brown, black, yellow, *colorful*, culturally *rich* runway should BE the norm because it… Read more »

thumbs up to Zac posen c:

Zac Posen, I liked you before but now I love you. White people do not want to see black women shine. Black girls rock.

I knew as soon as I clicked on this, that this “slamming” would only consist of a handful of largely innocuous comments from only one source.

I read a book about the princess.…I think written by her or someone else…it was really good.…GO ZAC!