The American Tradition of Tipping Is Rooted In Slavery 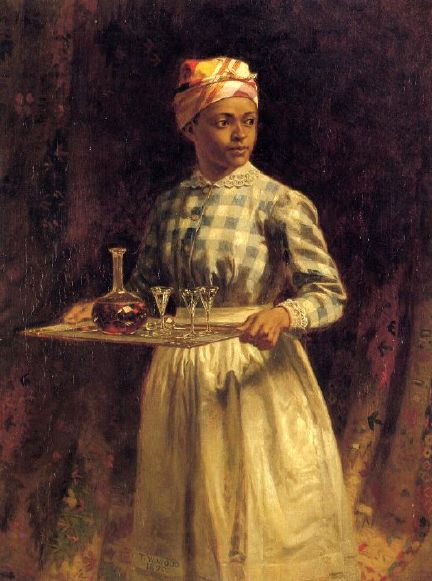 In America progress is being made towards providing service workers a livable wage. In June 2015, Mayor Eric Garcetti of Los Angeles, CA signed a bill into law that raised the minimum wage to $15 an hour within the next 5 years. However, until this time comes, many workers in the service industry are left to depend on tips to make ends meet.

Now while tipping is common practice in America, the standard is often frowned upon in other parts of the world. In a piece by the Ford Foundation, the roots of American tradition of tipping are traced back to common practices upheld during slavery.

Tipping originated in Europe as a means for aristocrats to award their servants for excelling at their required duties. However, the practice eventually made its way to the United States where it was met with much dissent:

When the practice was brought to the United States in the 19th century, the American public was deeply uncomfortable with it. Many saw tipping as undemocratic and therefore un-American. A powerful anti-tipping movement erupted, fueled by the argument that employers, not customers, should be paying workers.

The only supporters of the Tipping movement were restaurateurs and railway companies as it was the only way to avoid paying freed black slaves:

But American restaurants and railway companies fought particularly hard to keep tipping, because it meant they didn’t have to pay recently freed black slaves who were now employed by those industries.

What are your thoughts on tipping?

I find tipping a tyrannical practise. Until recently I lived in a country where an employer could take all of the tips from their employees. Now they can still charge them a fee for processing tips.

In regards to the US it gives an excuse for restaurant staff to treat me poorly until I open my mouth. They don’t realise that I know many people including myself who worked in restaurants to help fund our studies so if you treat me well I will tip you well.