‘I Am Not Your Mammy!’ Melissa Harris-Perry Walks Off the Set of Her MSNBC Show 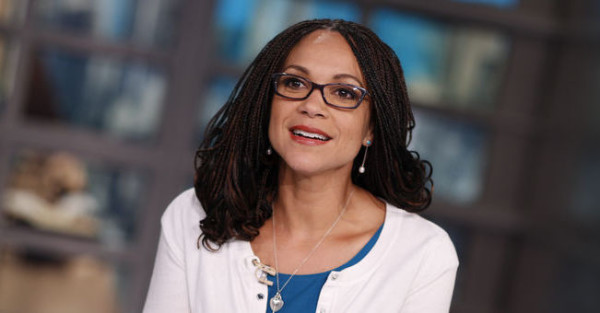 Political analyst and on-air personality, Melissa Harris-Perry has walked away from her popular two hour MSNBC show, citing a loss of editorial control. In a letter sent to the show’s staff which was obtained by the New York Times, Perry airs her grievances over the changes that occurred when the network opted to replace her show with election coverage:

“Here is the reality: Our show was taken — without comment or discussion or notice — in the midst of an election season,” she wrote. “After four years of building an audience, developing a brand and developing trust with our viewers, we were effectively and utterly silenced.”

When interviewed by the New York Times, Harris-Perry explained that she had not appeared on the network at all for weeks and in essence was “sidelined during recent election coverage in South Carolina and New Hampshire. (She was asked to return this weekend.)”

Harris-Perry lamented that in the past month, the branding for her show was eliminated altogether in favor of MSNBC’s presidential slogan, “The Place for Politics.” Additionally, for the past two weeks, her show was sequestered. In the most recent episode, which took place on Super Bowl Sunday, Harris-Perry was given instructions to talk mostly about the election. She was also told that it would remain this way for the “foreseeable future.”

Passionate about her show, Harris-Perry admonished MSNBC for pre-empting her show, one of the 2 shows on the network hosted by a black woman, without notice:

“I will not be used as a tool for their purposes,” she wrote. “I am not a token, mammy, or little brown bobble head. I am not owned by Lack, Griffin or MSNBC. I love our show. I want it back.”

NBC released the following statement on the matter:

“In this exciting and unpredictable presidential primary season, many of our daytime programs have been temporarily upended by breaking political coverage, including M.H.P. This reaction is really surprising, confusing and disappointing.”

Harris-Perry’s last thoughts regarding the challenge posed by MSNBC:

“It is perfectly fine, 100 percent reasonable and perfectly acceptable for MSNBC to decide they no longer want the M.H.P. show,” she said. “But they should say that, they should cancel the show, they should stand up. And maybe it would be rewarded with huge ratings, but they shouldn’t kill us by attrition and take us off the air without telling anybody, including us. That for me is what’s painful and difficult.”

What are your thoughts? Do you watch Melissa Harris-Perry’s show?

MSNBC is getting rid of all persons and things associated with being African American: Rev. Al Sharpton, Joy Reid, etc. You hardly see Tamron Hall anymore. I really wondered when the axe would be taken to Melissa Harris-Perry. She is intelligent, insightful, and has introduced her audience to interesting guests. I am sorry to see her go. The cancellation of her show leaves me no recourse but to stop watching MSNBC altogether. The liberals pretend to be so progressive, but they are just like Fox (Faux) New. At least Fox is honest in its perspective. I guess MSNBC will replace… Read more »

so true I noticed they cancelled all the black host shows except for Melissa and Tamron, not anymore so Tamron stands alone.she really does not focus on our issues unless its really sensational like Trayvon Martins murder. Yep I have no source for smart inciteful stories about us anymore,B.E.T ? Yeah right.

They only care about ratings. This is why we need to build our own.

She should stay on. Her presence on the channel said enough

Why do I feel like this is Being Mary Jane being seen in real time.

I wonder what her contract says. If it doesn’t spell out give her editorial control then she didn’t lose it. Being a host of a show doesn’t in itself make it “your” show so you better get it in writing. I do think if they decided to stop running daytime shows for political coverage then they could have at the very least had a meeting, a memo, or something to discuss. But I’m not surprised. People in communications fields can be some of the worst at it.

I say ..Good for her. I am not your god damn mammy. The days of sucking our titties are effing over. Go and feed your own freaking cave beast kids your damn self.

THIS is why we need to keep it for FOR us by us! They giveth and then taketh away. They did her a BIG favor–time to produce your own show! #blackowned

True. I remember when the Oprah Winfrey show went off you always saw the Harpo productions logo. That means those people worked for Oprah. She signed their pay checks. It was really HER show. The reality for MHP is because the people there ultimately work for the network it’s not really her show. Someone else calling the shots. All she could do is try to get some stipulations in her contract. Back when Dan Rather anchored CBS news if Dan didn’t like a story then it didn’t run period. End of discussion. I don’t know MHP but I know her… Read more »

True! I imagine she is salty (upset), but she has been set FREE to do GREAT things WITHOUT their permission. All the best to her and I look.forward to seeing GREAT things from her in the near future!

That is sad because I loved her show. If MSNBC loses Rachel Maddow, I’m done with them.

not happy I mostly watched on sundays, so when I tuned in the last 3 weeks or so I noticed, this its dumb of msnbc, the only smart politically savvy show hosted by a black woman, er biracial woman to some, I cant believe they were so disrespectful to her ‚I was also upset when they replaced Joy Reid as well, we cant have anything smart and informative? Is there a petion to bring the show back?