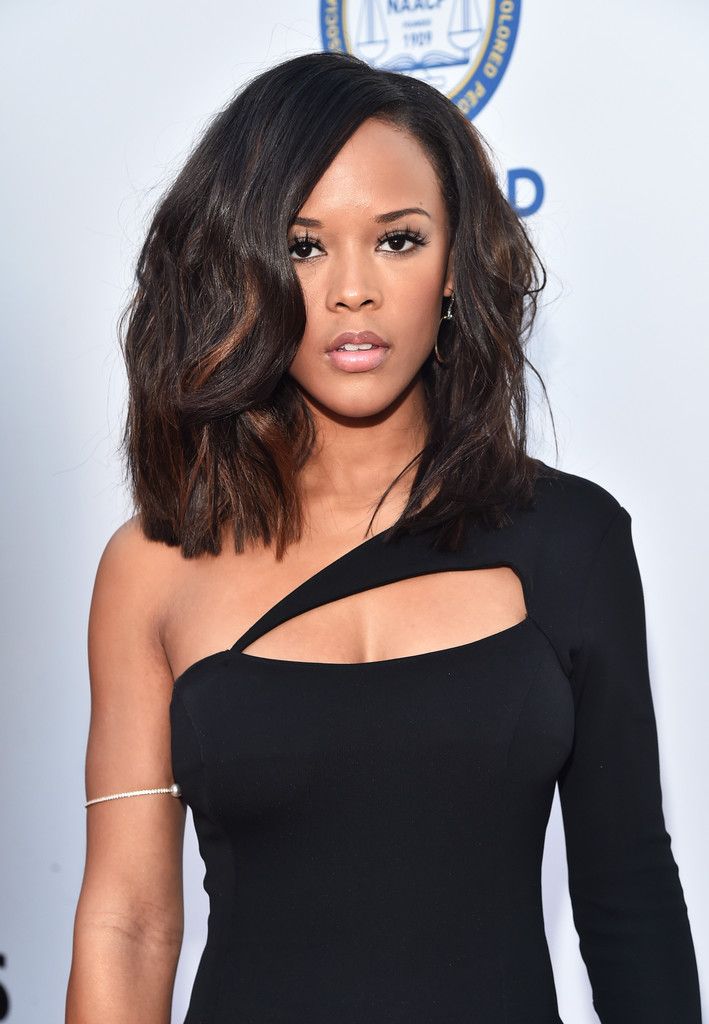 According to an interview with the NY Daily News, typically curly Empire star Serayah McNeill had a run-in with a fan who didn’t really jive with her sleeker tresses:

“She was so upset because my hair was straight,” she recalled of a recent run-in with a female fan. “But I get it. I’ve grown up with curly hair and being biracial and things like that, so it’s been a part of my life and I completely understand why they’re obsessed that I’m on television with the way my hair is.” 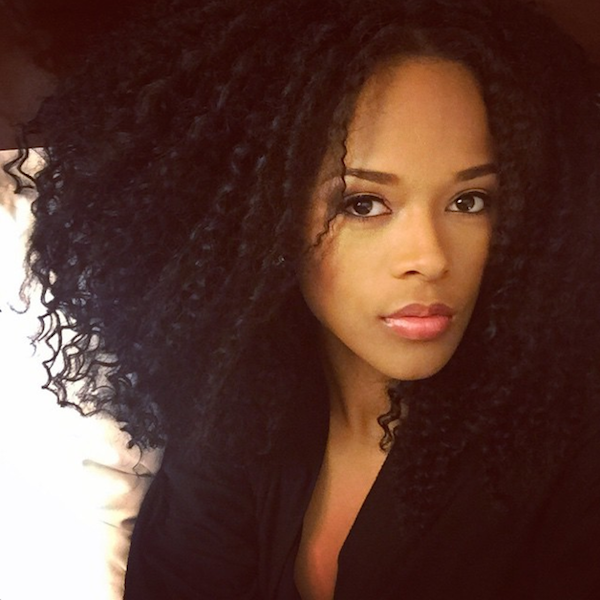 Now, while it’s common for many natural celebs to straighten their tresses for red carpets, there has been some dissent over whether hiding their natural texture altogether and later jumping on #teamnatural for an Instagram post is truly authentic. However, Serayah often wears her hair curly on the red carpet.

What are your thoughts?

This girl pushes the fact that she is “biracial” every chance she gets. She has said on Twitter she is a white girl at heart. Don’t believe me google. I don’t know why y’all post about her.

She probably “pushes” being biracial cause she doesn’t look biracial just black.

Google what her parents look like and you will lol. Her father’s mother is white that’s all. You know how many people have a white grandparent. She is 1/4th “mixed” most people wouldn’t even call themselves mixed at that point. If Alicia keys, Halle Berry, Paula Paton who are truly biracial consider themselves black why this girl with one white grandparent consider herself biracial? It’s really laughable

She fails to realize we’re all just about multi-ethnic. She needs to have several seats..smh Why is it always the ones like her..

I could tell by her features (and her hair when its curly) that she has quite a bit of European mutation in her DNA. You know Fox wasn’t about to put a woman on their network that didn’t pass the paper bag test. If they do, its going to be in a derogatory role. Back when I watched that show, she wasn’t whore, drug-user or a dumb clown so my guess was that she’s half white. Doesn’t surprise me at all that she claims her bi-racial-ness. She’s another one that is only black when it’s beneficial to her. That is… Read more »

what’s wrong with her claiming both her african ancestry and european ancestry, if she is both. I did look it up on google and maybe that old tweet was a joke referring to white girl stereotype (e.g. starbucks).

She probably “pushes” she biracial so much cause by looking @ her all u see is a black woman.

Bump the hair, I had no idea she is biracial. It’s amazing how some biracial ppl don’t look ‚” mixed” just black !

She has one white grandparent.

She isn’t biracial is the point she is 1/4th white one of her parents is mixed based on everything I have read about her. Biracial is being half one thing half another. She reps Being biracial so hard but is on a black show, looks black and etc.

really #team natural?! Are we not better than that? Straight, curly, kinky, NAPPY and weave(I think that is what is in her head) let her enjoy the moment of Empire success…

These natural hair police are horrible. What makes her less natural for pressing her hair out? Geezz let her live!

I think she should wear her hair as she likes. Maybe she didn’t feel like the curly look that day.

Don’t really care that she presses her hair, but it looks much better curly. It’s more annoying that she seems to desperately need people to know she’s half “something”. She may feel she’s a white girl at heart, but she damn sure has a black girl’s face lol.

I personally feel like she didn’t sign up to be anyone’s idol, you need to be your own example.
Stop looking up to others to be the example for you and your children you need to set the standards.

It’s her decision curly or straight because we are NOT the ones helping her detangle or style her hair. It’s her hair. Let’s respect her decision to change it.

Shrug. Who cares. An entire article where She is talking about ONE person’s reaction. I have had more flack than rhar for cutting mine short as have many women. So what. And honestly her response makes no sense to me. What exactly are “things like that”?

1. that looks like a sew in. based on her curls, her real hair straightened would be much longer plus the ends are just too blunt and not very natural looking. 2. WE ALL straighten our hair for events then go home, shampoo all the serum out and go back to instagram about how we missed our curly tresses. people mad bout the WRONG THANGS

You guys must just spend your time writing articles that are a waste & very unnecessary. Like really?? We’re really talking about OTHER black females doing what THEY want with THEIR hair? Wow. How about you write an article that says it’s ok to do any style THAT YOU WANT to your hair, whether that’s straightened, natural, extensions, etc, AND HOW ABOUT giving tips if naturals want to straighten their hair, or when switching back to natural from weave??? This article, like many articles on here, is very annoying and a waste. Who cares?????????

Why does she have to keep bringing it up? In that case I’m bi- ethnic just like her. Idk..sometimes you gotta watch ppl

*people who claim being mixed, but don’t look mixed

You should feel free to call yourself “bi-ethnic” if that’s what you feel best describes you. Can you explain why it bothers you that she identifies as being biracial? Is it because she doesn’t “look biracial?” So if she looked more like Rihanna, Alicia Keys, or Ashley Madekwe would it be less problematic? It seems like people who claim being mixed, both don’t “look mixed” catch a lot of flack (suspicion, pity, you name it) on this site, and I’m genuinely perplexed as to why. Is it a solidarity thing? Is it because there are other people who “look more… Read more »

She has young girls looking up to her. We’re all biracial. .race equals human race. I’ve known several women just like her. They’ve gotta have white, Indian, latin,or whatever else in them. It seems funny to me they Always have to bring this up. She’s mixed just like any other Blk American. Like I said, in that case I can say I’m mixed. You would have to experience these types of women for you to understand.

That’s what I was thinking. I didn’t know she “mixed”. But seriously, all of us black folk in the America’s and Caribbean are “mixed”. 🙂

**shruggs*** As long as she’s taking care of it, I am failing to see the problem of her straightened hair…

Just no — as a woman with big, curly hair.…Just stop. Anyone hating on her just…STOP. Because sometimes you just want a new look…sometimes you want a break from the routine…people are allowed to change, experiment, do whatever the hell they want with their hair?! Hating on this is the same as someone hating on natural hair. We complain that natural hair keeps us from jobs, gets us criticized etc etc…and then criticize someone for changing up a look? PLEASE! Just sit down and let this woman do her thing.