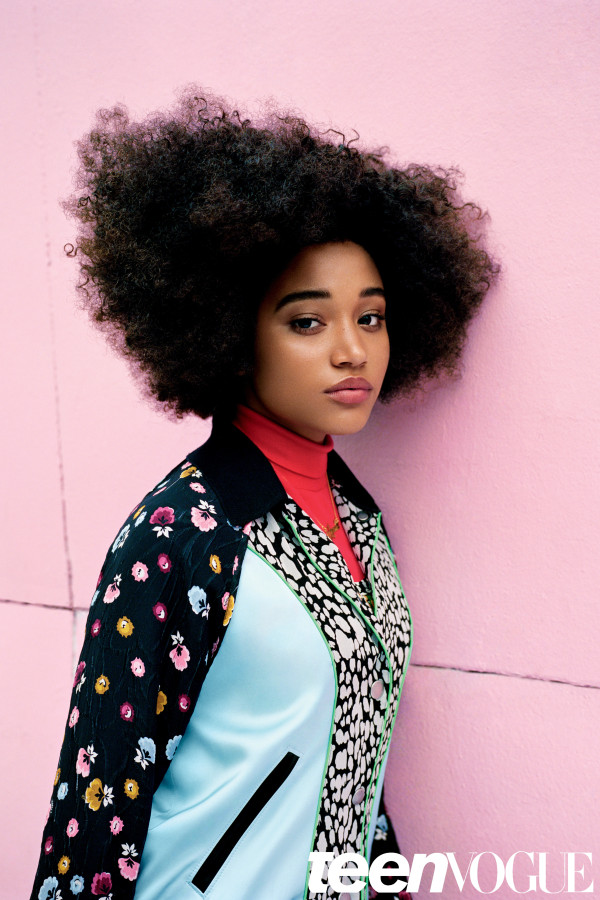 17-year-old starlet Amandla Stenberg has been making waves for carefree black girls everywhere from her profound and poignant video on cultural appropriation last year to her continued activism and visibility in the social justice sphere.

Recently, she covered the February issue of Teen Vogue and took over the glossy’s SnapChat sharing her thoughts on accepting her identity as a black, bisexual woman:

It’s a really really hard thing to be silenced, and it’s deeply bruising to fight against your identity and just mold yourself into shapes that you just shouldn’t be in. As someone who identifies as a black bisexual woman, I’ve been through it, and it hurts and it’s awkward and it’s uncomfortable. But then I realized: because of Solange and Ava Duvernay and Willow and all the black girls watching this right now, there’s absolutely nothing but change. We cannot be suppressed.

We are so proud of this fearless young woman who is truly redefining what it means to be a young, black Hollywood starlet today. See more images from her shoot below.

Wonderful photos of her that BGLH uploaded. I like her modeling talents.

Can BGLH get a “Like” feature going on. I feel like the only way to show my appreciation for these articles is by commenting.

Is BGLH a tabloid now

Um, what does her “coming out” have to with the photo shoot, or with hair?? Maybe BGLH should do two dif sites: one with hair care, and the other with social issues.