Yesterday, President Barack Obama delivered an exceptional final State of the Union address, but it was his wife who stole the show in a stunning marigold wool and silk sleeveless Narciso Rodriguez dress. Mrs. Obama kept her accessories to a minimum and allowed the dress to be the focal point of her look. 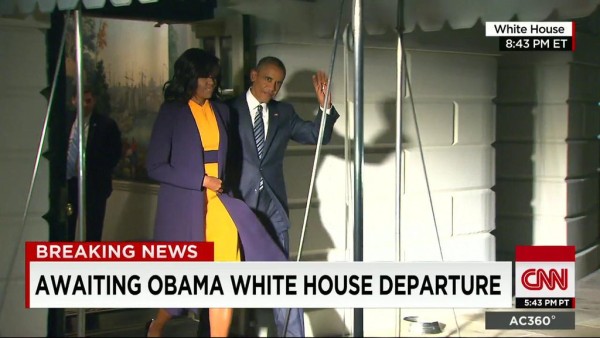 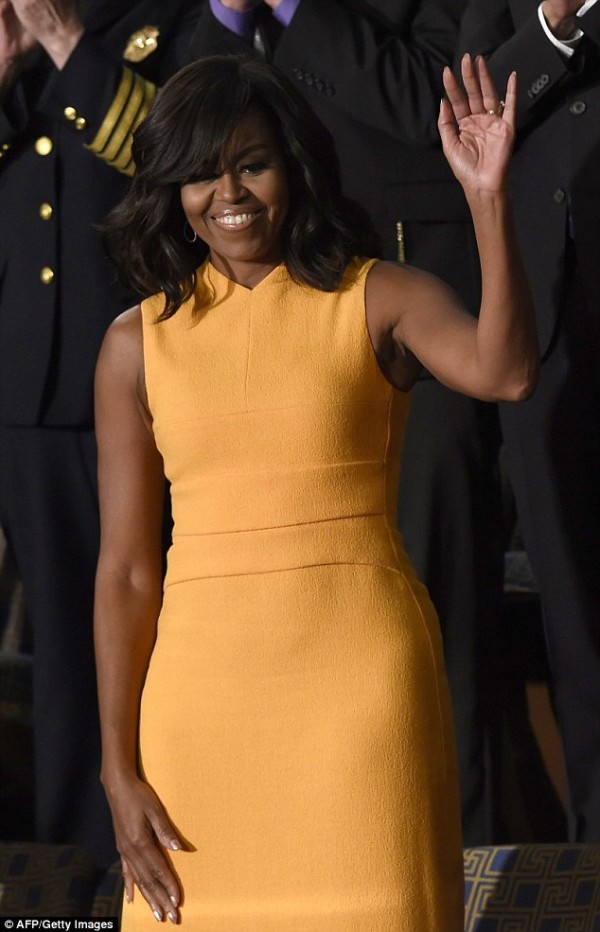 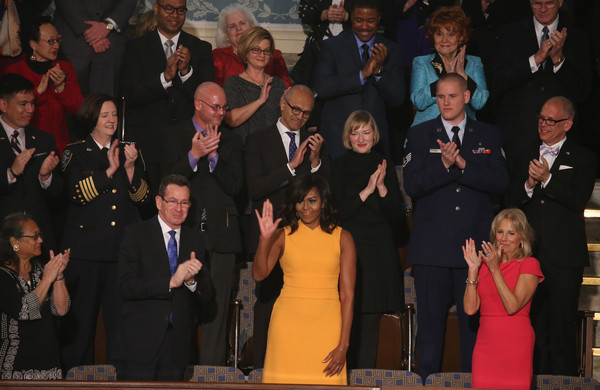 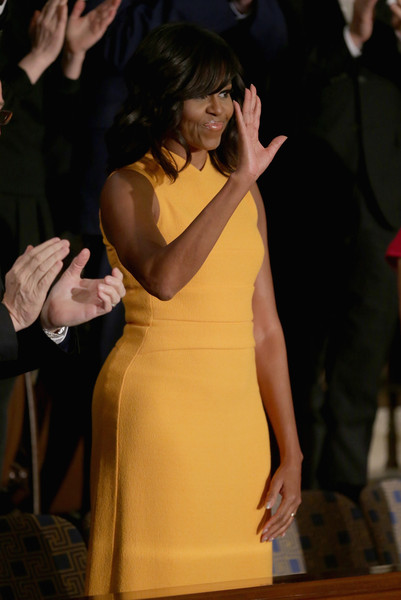 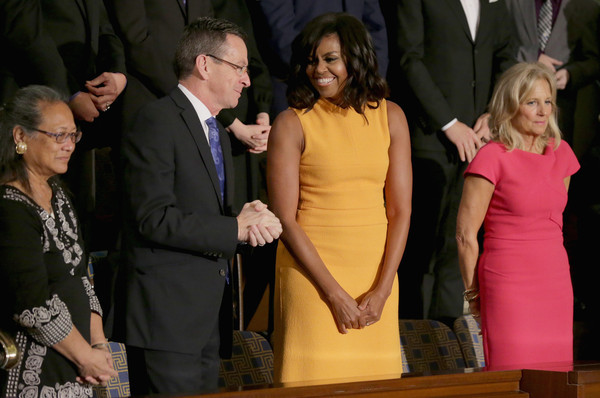 The First Lady’s regalness was not lost on Congress, which responded with awed applause when Obama descended the stairs of the chamber.

She looked stunning! That color compliments her complexion so well. Flawless from head to toe. What a way to go out.

She looked radiant and so graceful. I will miss her deeply as the second lady.

I love the Obamas!!!

Now that is a First Lady