New York Times food writer Ramin Ganeshram is under fire for penning a horrifically offensive children’s book that portrays an enslaved family as happy and joyful. 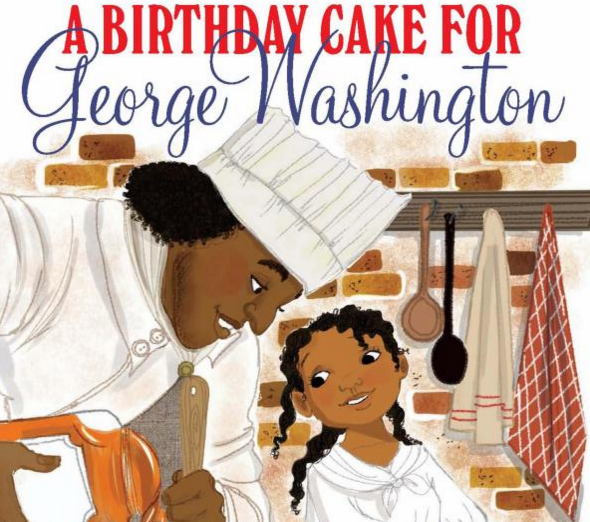 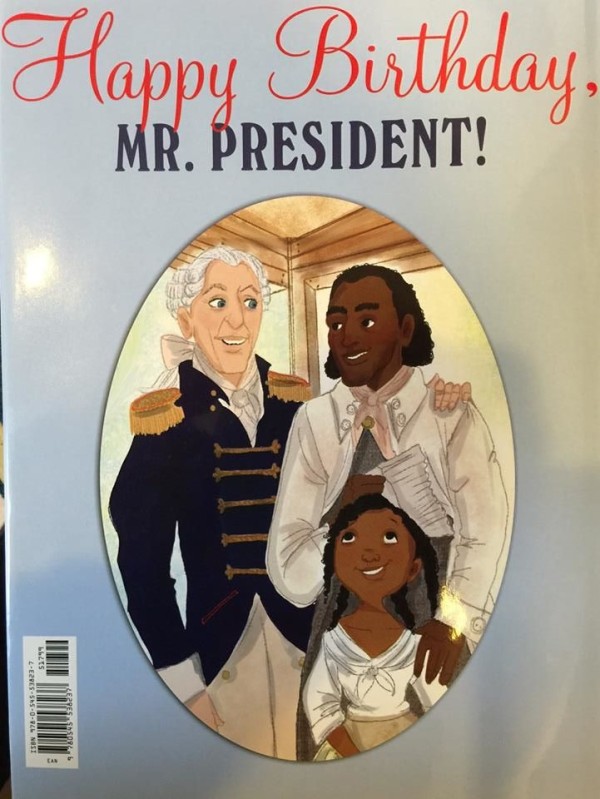 Check out the book’s caption on Amazon.com;

Everyone is buzzing about the president’s birthday! Especially George Washington’s servants, who scurry around the kitchen preparing to make this the best celebration ever. Oh, how George Washington loves his cake! And, oh, how he depends on Hercules, his head chef, to make it for him. Hercules, a slave, takes great pride in baking the president’s cake. But this year there is one problem–they are out of sugar.

This story, told in the voice of Delia, Hercules’s young daughter, is based on real events, and underscores the loving exchange between a very determined father and his eager daughter, who are faced with an unspoken, bittersweet reality. No matter how delicious the president’s cake turns out to be, Delia and Papa will not taste the sweetness of freedom.

Tagging on a half-hearted line about a “bittersweet” reality is extremely offensive and reductive. It was not a “bittersweet reality” because there was nothing sweet about it. It was a system of mental, economic, physical and psychological oppression that African Americans continue to fight today.

And though the story of Hercules is a true one, he was far less content with his state of life than this book suggests. He actually ran away to freedom, leaving his daughter behind. From The Atlanta Black Star;

Hercules was not in fact a “happy or joyful” enslaved person, he actually escaped to freedom on February 22, 1797 – Washington’s 65th birthday – which the president celebrated in Philadelphia. According to a diary entry of Louis-Philippe, the future king of the French:

The general’s cook ran away, being now in Philadelphia, and left a little daughter of six at Mount Vernon. Beaudoin ventured that the little girl must be deeply upset that she would never see her father again; she answered, “Oh! Sir, I am very glad, because he is free now. 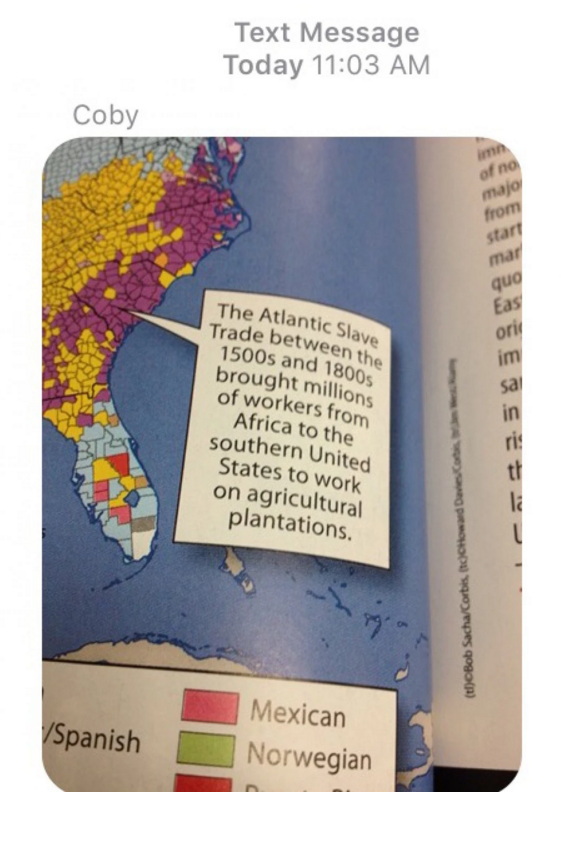 “This is erasure,” Dean-Burren said in an interview with The Washington Post. “This is revisionist history — retelling the story however the winners would like it told.”

The fetishizing and idealization of slave times is very common. From Paula Deen to South African “colonial” weddings to plantation retreats, many long for a time when black oppression was law and whites grew wealthy off of unpaid black innovation, culture and labor.

We must never forget that our ancestors fought hard — sacrificing their lives for the freedom we enjoy today.

So I heard about this yesterday from a co-worker and that muppert gif was exactly the reaction I had… I mean what was Scholastic thinking?! So they decided to make a ‘fairy-tale’ over a serious history lesson of slavery?!? Happy slaves?!? Wow, I can’t even!

I guess this is the device to glance over slavery so society at large can make themselves feel better! You can’t erase history!

When I was in Washington I was amazed by the history in the museums.

They refused to label white people as slave owners, black people as slaves and native Americans as being purposely exterminated. The only museum that showed some of the truth was the news museum as they were proud of the civil rights movement.

The main ones that tourists go to DC are careful not to state that well-known historical figures were slave owners when mentioning their exploits. They do state that these individuals owned land but not what the land was used for. In the American Indian Museum while the audio-visual exhibits had no issues stating there was an attempt to annihilate them, the pictures, paintings, articles of clothing etc did not have this information on the labels next to them. So for example if the point of the exhibit was to talk about keeping languages alive unless you specifically watch the videos or… Read more »

wooow, some of the post i just read are amazing…but i got a better one.… i visited Jamestown Va where we were told it all begins…so sad…i sit through 25 to 30 mins of eye rising “WTW”… in the first church…afterwards i raise a question…“where were the slaves buried?“suddenly with a house full of mostly whites,i was corrected abruptly„sir, there where no slaves,they where indentured servants..so i asked again where was the indentured servants laid to rest since some the whites are under the church floor where i can plainly see flies as i speak…no answer…so by this time the… Read more »

Tell the true story like it is…or was. Slavery was neither.happy or jovial. Perhaps, they were trying to take a hard subject and make it an.easy pull to swallow…but it STILL hurts. We have privileges and rights that our parent.and.grandparents and.great and great GREAT ancestors fought for…freedom isn’t free…and it wasn’t THAT long ago!

There seems to be a huge movement on the part of white people to cover up what happened to our ancestors. Even before they started changing the words that they use to describe them we have NEVER been given the full story. Slaves didn’t live in family units very often, but Roots is considered authentic. Only 1 in slave women ever saw 40, and I’m obesity was unusual, but you would think each southern household had a Mammy. As someone who has read a lot about slavery, most black people don’t know any more about what was done to their ancestors… Read more »

Thank you.…you broke it down Camille

Hugely offensive story for sure. A perfect example of revisionist history. Imagine if a children’s book described the Trail of Tears (the destructive uprooting of Native Americans) as a pleasant voyage to new lands to share space with White “colonizers”. Disgusting.

How could they not know, my brain just can’t comprehend the ignorance of this?

It could have been an extremely drastic dramatization of childhood innocence if her dad wasn’t cheesing too.…like WTF

Some white people refuse to tell the truth about history and how things actually occurred. I can barely believe that Scholastic thought this was appropriate. When I was in undergrad this white guy in my history class said that Black people were better off as slaves and the professor didn’t even correct him. I corrected him and let everyone in class know that I wouldn’t tolerate any disrespect of myself or my race. Black people have to start having a no non-sense attitude and spending our dollars with Black businesses.

This book is awful! I can’t believe it was put forth by a major publisher.

If a book entitled “Carefree Kids At Auschwitz” was released, heads would roll! And rightly so. How could anyone be stupid enough to think slavery could ever have been “fun” — in any way? Perhaps those that do should just imagine their own blonde, blue eyed children as slaves; being used for sex by whomever wanted them (both male and female), taken away from them forever and sold, having them work at backbreaking labor for the rest of their lives for someone else’s profit, being killed or beaten for the slightest infraction…I could be here all day listing the horrors… Read more »