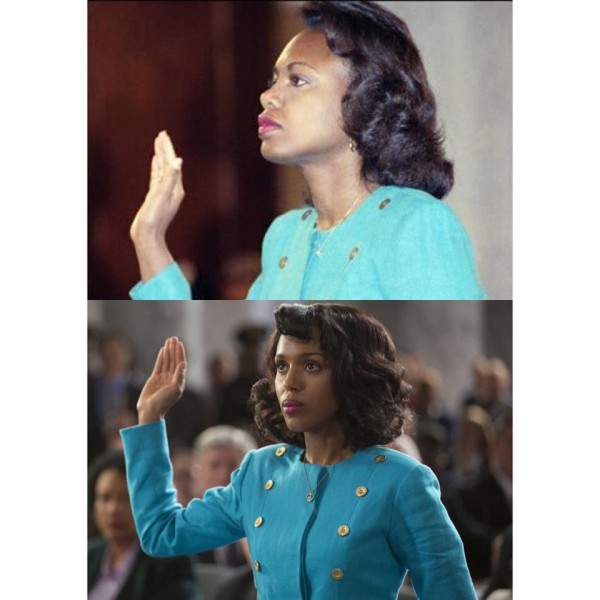 Image compilation by B. Scott

Kerry Washington is starring in an upcoming HBO biopic of Anita Hill, the Yale-educated lawyer who testified in 1991 that Supreme Court Justice Clarence Thomas (then a nominee) sexually harassed her when she worked under him at the Department of Education and the Equal Employment Opportunity Commission.

The case was a lightning rod that divided the country — a young, intelligent black woman speaking out against an older, powerful black man set to take a key role in the Republican party. Thomas called it a “high-tech lynching for uppity blacks” but Hill stuck to her story, passing a polygraph test even though Thomas refused to take one. Her character has been called into question over the years, including by publications such as The Wall Street Journal. Hill is now 59 and a professor at Brandeis University.

A few images of Washington as Hill has emerged and we are so excited to see how she will inhabit the role! 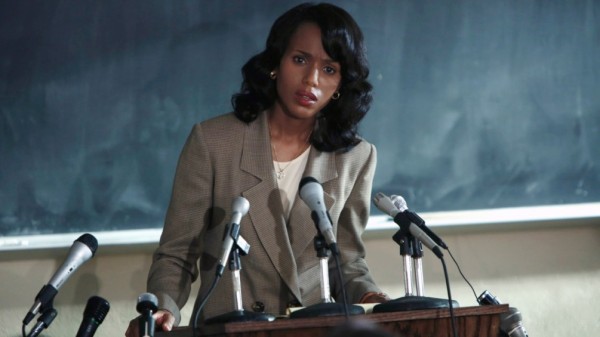 Washington is also executive producing the film, named Confirmation, and revealed that she does not take the responsibility of portraying Hill lightly.

“Portraying somebody who’s real is a different kind of responsibility, especially when they’re alive… That significance was not lost on me both as an actor and as a producer, wanting all of these characters to feel real and to matter as much as these people do.”

With the re-emergence among black women of discussions on sexual consent and rape culture, this film feels very timely. We will definitely be watching. 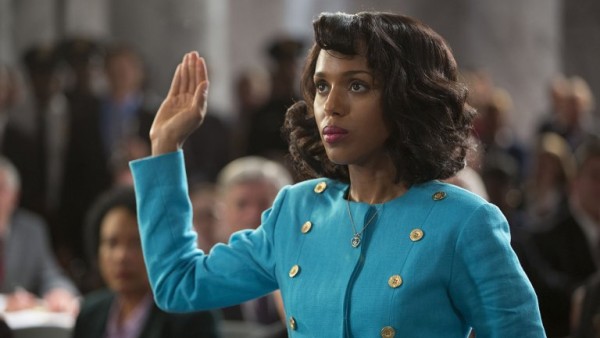 While I think this role should’ve gone to Kimberly Elise (who is a stronger actress and closer in resemblance to Anita Hill), I’m looking forward to checking this out.

Didn’t give me chills but look forward to seeing this. Kerry better not muck it up. Anita was powerful.