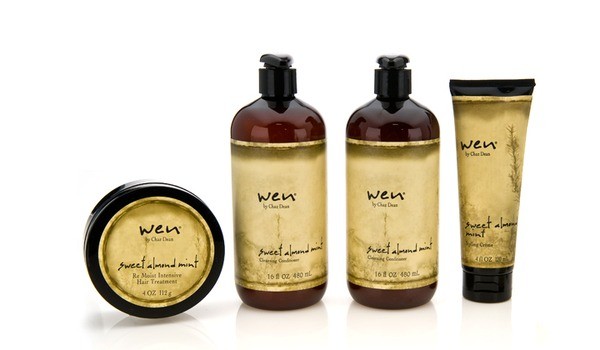 Earlier this year, a relative told me about a fellow naturalista whose hair started falling out in clumps after using WEN’s products. When she tried to call the company, the customer service didn’t seem surprised, but instead asked her many questions about her age. The products were recommended to my relative by her stylist who said that WEN’s products were great for natural hair. It seems that was bad advice for her and the 200 other women who are suing the company for damaging their hair after using their 5 in 1 Cleansing Conditioners.

According to an article on The Daily Beast, WEN Hair Care is reportedly being sued by more than 200 women in 40 states after using their sulfate-free alternative shampoo. The brand promises bouncy, manageable hair after the first use, but these women ended up with handfuls of shed hair. Some of the women even have bald spots. This has been happening to various women over the years, but nothing ever came of the complaints until now.

In addition to the extreme shedding, women are reporting the products have caused severe and possibly permanent hair damage, rashes, hair breakage, and scalp irritation. Nurse practitioner Amy Friedman bought the WEN Sweet Almond Mint basic kit in 2014 and began losing her hair within two weeks of use. Even after she stopped using the products, her hair continued to shed for 3 weeks, forcing her to wear extensions and take vitamins.

And unfortunately it gets worse. In addition to the company not warning future customers of the possible side effects of the products (which they were well aware of), they erased negative product online. They also blocked and erased comments regarding hair loss on their Facebook page.

So what’s causing the hair loss? Consumers are saying there are harmful ingredients in the products despite the brand’s claim that they are extremely gentle. Hydroxycitronnela is one of the product’s ingredients and it has been banned in the EU because of its toxicity. However, infomercial company Guthy-Renker denies that their products are harmful in any way and claims there are many reasons why women lose hair.

You can read the full shocking report here.

Have you used WEN’s products? Did you experience hair loss?

My Aunt always told me your hair is your beauty.No matter what race you don’t mess with a woman’s hair.

So did mine… But I didn’t believe her, so I shaved my head & was STILL beautiful! ?

When it first came out, I bought it and experienced the same. I knew something was wrong in the first 3 weeks and immediately stopped using it. They asked me tons of questions too but I managed to get a refund. They didn’t even ask for the product back.

I wonder if it’s silicone build-up? I have never used Wen but I’ve read the ingredients. If that is ALL someone is using to clean their hair then they would need to add a silicone removing shampoo to alternate with. Even the worst silicone buildup wouldn’t cause hair loss though.

Bingo! That is the only thing I can imagine would cause hair loss. Even then, there are so many causes of hairloss. I am pretty sure the bottle (like all body and beauty products) warns the user to dicontinue use if negative side effects occur. WEN is not a cure all product and “cleansing conditoners” can’t be the only thing you use to clean your hair, especially if the conditioner contains silicones like WEN.

I never bothered with Wen because it has plenty of silicone which I cannot be bothered with plus I never bought that it could replace every item in my hair care arsenal. The hydroxycitronnela use just goes to show how lax the US is when it comes to what can and cannot be used in food and cosmetics in the US and the standards which are used to make that determination. If the U.S. had a attitude of making the companies prove that their additives do not cause harm rather than making people prove that the additves harm the, we… Read more »

Hydroxycritronella has nothing to do with is is is most probably less than 1% of the formulation. It just a fragrance chemical. The issue is “cleansing” your hair with a silicone heavy product exclusively.

The hydroxycitronella is in addition to my issues with the silicone. That it’s a fragrance chemical doesn’t change the fact that the US allows its use when the EU does not because the US makes us prove it harms us when the EU insists that those who make the chemical prove it is safe before allowing its use.

I was actually curious about trying it earlier in my natural journey but didn’t. Luckily I’m investigative shopper which means I read reviews before I try hair products & seen all of the bad reviews. Personally that was enough for me to lose interest & not make a purchase. I don’t know how they are still selling this stuff with all of the complaints.

Why do companies even bother selling bad products? Sure they’ll profit, but for how long before consumers start noticing and coming forward? Now they just made themselves look like an unethical company and consumers will more than likely not want to do business with them. Not to mention all of the lawsuits as stated above.

I do in fact find this shocking. I used WEN for about 8 months, and I enjoyed it. I didn’t experience any negative side effects. I did discontinue use because it is so darn expensive. I began to find other ways to get the same result. I doubt these women will win the lawsuit. The ingredients list is clearly on every bottle. If you have a negative side effect (which is hard to prove that this conditioner caused it against the thousands of rave reviews) it is up to you to discontinue.

yeah, could have seen this coming, I tried these products when they first came out, made my hair veeeeeeeery dry and brittle, I stopped using and told them no thank you to automatically sending me products…

I actually loved the Sweet Almond Mint and the Fig cleansing conditioners but I didn’t use them longer than 3 months because I felt they were over priced. I didn’t notice any hair loss.

The sad thing is I will never buy anything from Gunthy-Renker again. I believe they are the promoters of Proactiv and that skin care line gave me fine lines when I was in my 30s.

That proactiv made my skin rough looking too. I thought it was just me.

I hear the new formula is better but I refuse to try it. NO thanks. I’ll stick with all natural stuff like witch hazel

I personally use Wen products, I’m a African American woman with fine curly hair, it has worked amazingly on my hair, it has grown , it’ has more body and shine it does tangle like fine hair usually do, My mom is eighty she also has fine hair and has experienced amazing results, it worked wonders for us, I guess everything is not for everybody.

I used it and got a rash around my hairline. My hairdresser advised me to stop its use. Other than that my hair was soft but those bumps weren’t worth it.

Wen has silicone. If you use it, alternate it with shampoo sometimes.ive read the hair falling thing in reviews I researched about two years ago.

I used WEN for a short time but it took too much product to cleanse my hair. I also started to notice build up and how to use a clarifying shampoo a couple of times while I was using it. I determined that a cheap conditioner worked just as well or better.

My curls love Wen, I’ve used the product for 4 years never had a problem. In fact I think my hair has improved significantly since I began using it. My hair isnt striped of essential oils. These ladies might have had an allergic reaction to the products.

I’ve been using it for years and I haven’t experienced any of those side affects. On the bottle it says something about after 3 washes with Wen, you need to wash your hair with a clarifying shampoo to remove buildup. Those directions are on the bottle. One of my friends uses it as well and she always complains about her scalp itching. I told her that she needs to clarifiy her scalp and her, once she did that, the build up was gone and so was the itchy scalp.

well damn… One needs to step up their mixology, with everybody wanting to cash in on natural, and not everybody having the best intensions, one must be careful.

I only used Wen once and it made my hair feel like straw so I never used it again. My aunt has used it for years and has noticed thinning recently but it would be hard to tell if it was because of Wen.