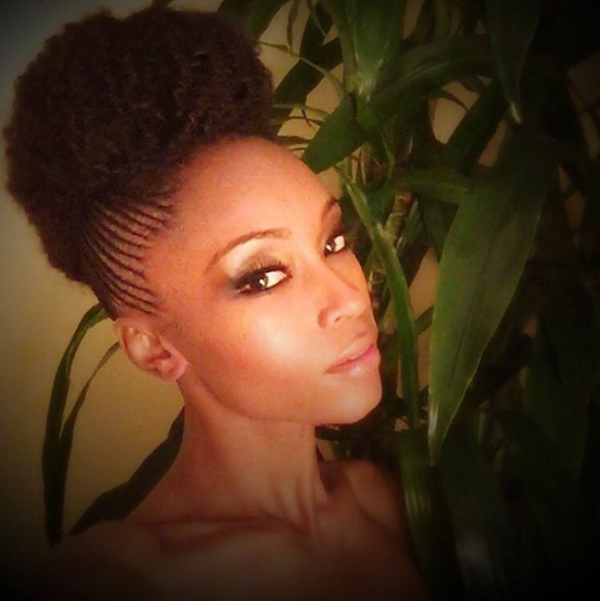 You remember micro braids; the super small braids that took hours to install, but were extremely popular in the early 2000s (back then R&B singer Alicia Keys was the covergirl for the look.) This week model and actress YaYa Dacosta posted a photo rocking a mini cornrowed updo. 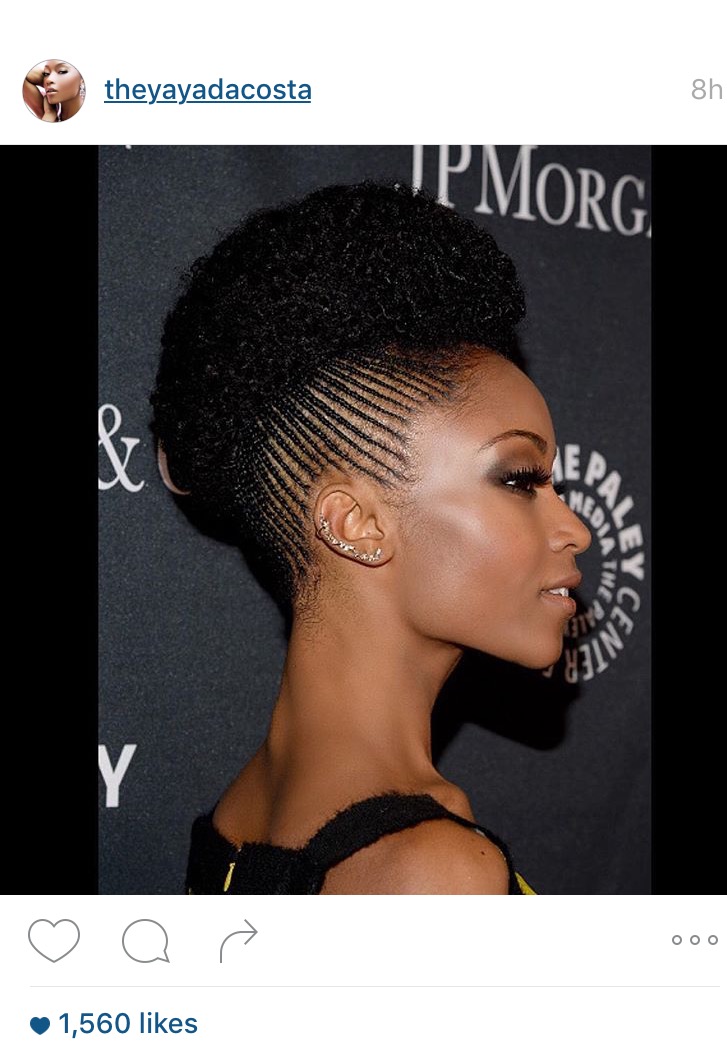 YaYa at the African Americans in Television Gala on October 26, 2015. 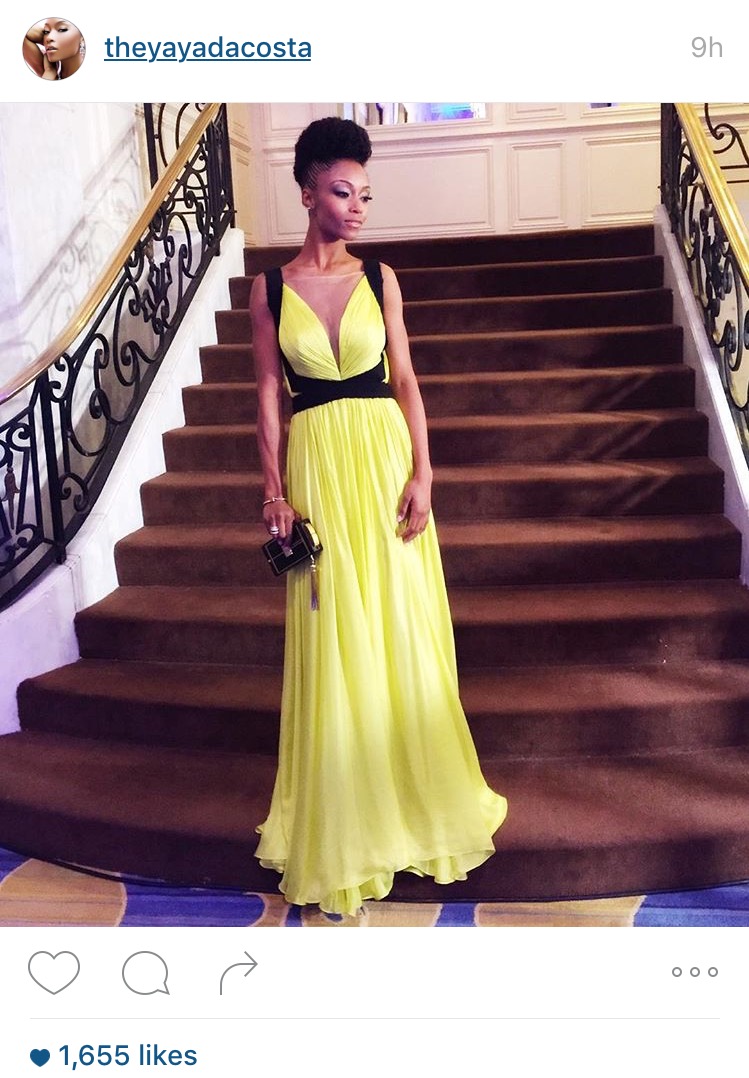 My first thought was that the style is elegant and she really pulled it off in her gorgeous yellow gown that she wore to the African Americans in Television Gala. My second thought was that I’ve seen this before, on songbird Jill Scott. Jill opted for a casual, side swept beachy look. 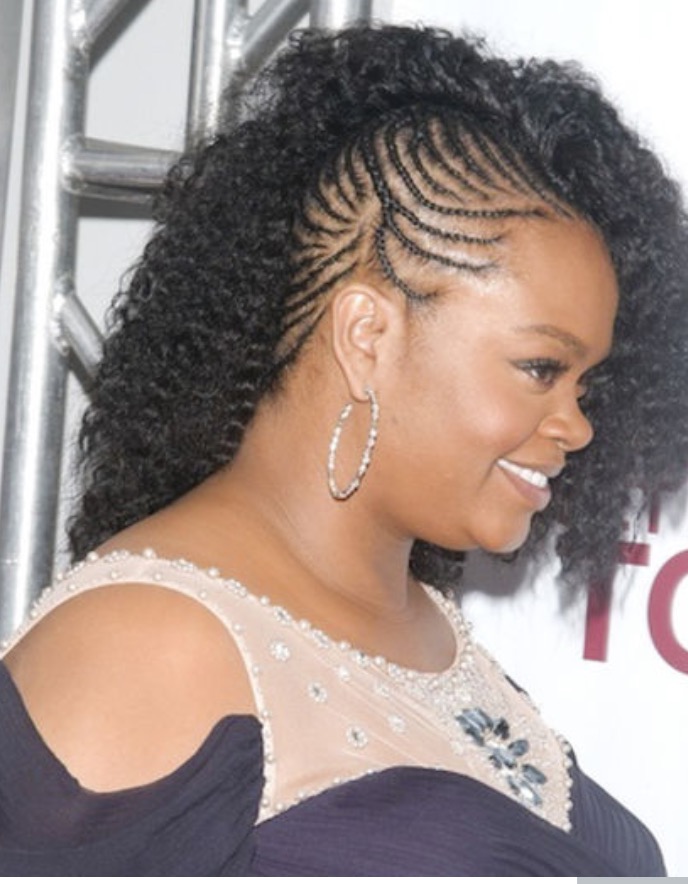 The micro cornrow look seems to be a hot trend this year. Actress Lupita Nyong’o wore micro cornrows surrounded by a crown braid in January at the Screen Actors Guild Awards. 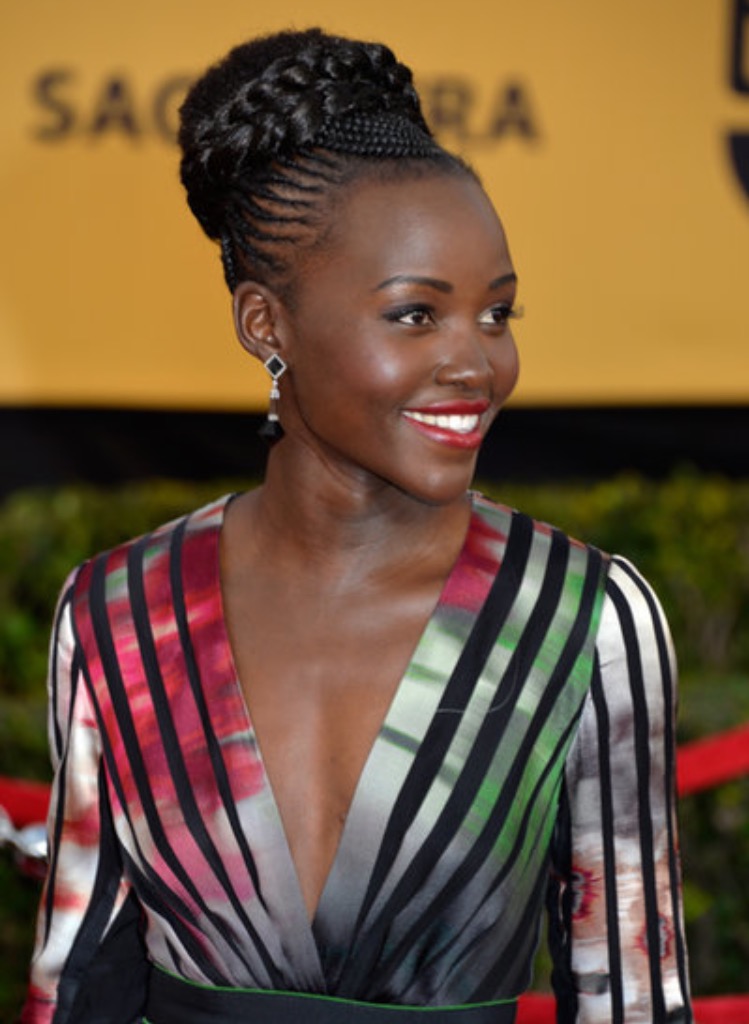 Lupita at the SAG awards in January 2015.

There are even a few instagrammers who are picking up on the trend and are doing all kinds of cool looks with the braids. It makes for a great protective style! 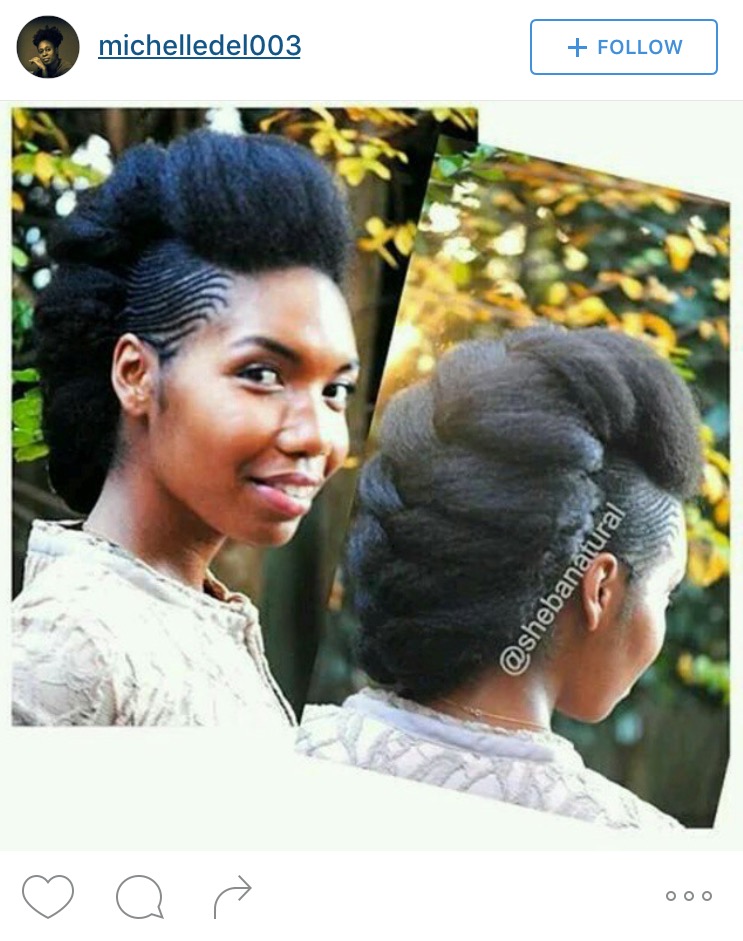 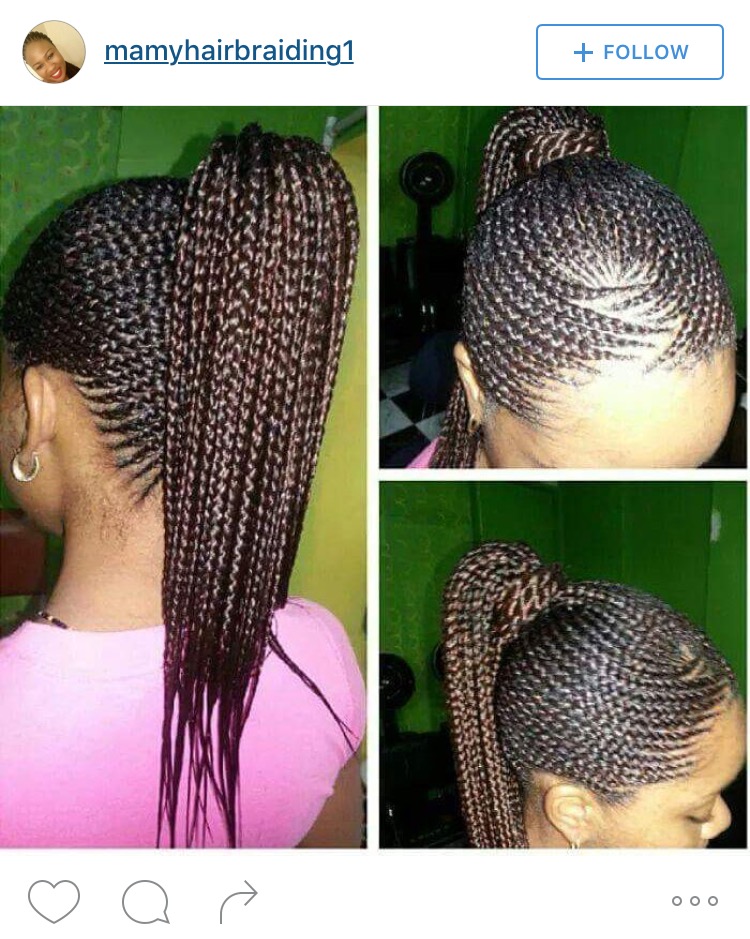 Will you rock the micro cornrow trend this fall?

Nigerians have been rocking micro braids from the beginning.beginning . It’s always in trend

Micro cornrows are a finished look in Botswana. I rarely used to braid with synthetic hair and my go to hairstyle was always cornrows. I did them in the beginning stages of my staying natural journey( for years I switched between twa and growing it out relaxed for lack of knowledge of natural hair care). Anyway as much as I love them, I have finally chosen to twist my own hair and save my hairline(edges). Ladies at the hair salons are not gentle. For me hairline first then length retention.

I had micro corn roads over the summer and they killed my edges!