Fed Up With Sexual Violence, These Kenyan Women Created a Self-Sufficient Woman-Only Village

In Kenya in 1990, Rebecca Lolosoli and 14 other women who had been raped by stationed British soldiers created the village of Umoja in the district of Samburu. What started out as a safe-haven for other victims of violence and those escaping forced marriages has become a fully self-sufficient woman-only village, with the women taking charge of the economy, educating their children and building and maintaining their homes.

Lolosoli serves as the matriarch of the village and has always been an advocate for women’s rights. Prior to forming Umoja Lolosoli, who was married, spoke vocally against rape, which angered men in her village. She was beaten so badly that she required hospitalization, and when she discovered that husband did not protest her attack, she left him:

“My own husband was not bad,” she added. “We married when I was 18, and he paid a dowry of 17 cows. But four men in the village didn’t like me because I started selling goods, and they beat me up and took my money. Then I started talking about helping the rape victims and the next time my husband left on business, the men beat me severely. I left the hospital and my parents said I should rejoin my husband. He said nothing about what the men had done, and so I realized I could be killed, so I left.”

Inside the Umoja Village

Today, the village is home to 47 women and 200 children. The women in the village have created a self-sustaining economy by selling traditional Samburu beadwork jewelry and hosting their village as a tourist attraction. Through their trade, the women are able to fund a primary school. 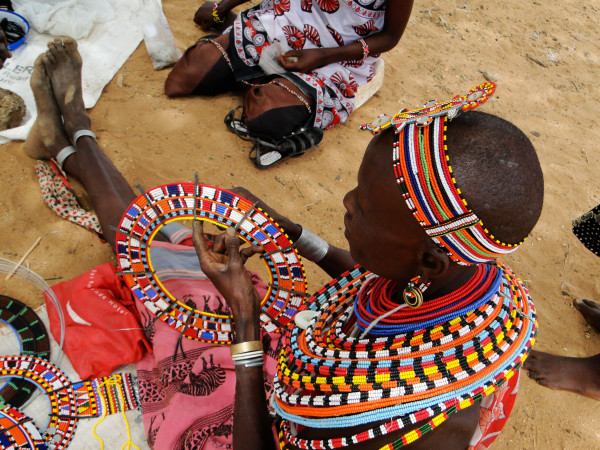 And there are absolutely no men allowed! Lolosoli explains:

“Men are forbidden to live in the village, but may visit as long as they behave and abide by them women’s rules,” Rebecca said. “Our objectives are to improve the livelihoods of the women due to rampant poverty and counter the problem of women being abandoned by their families. We also rescue and rehabilitate girls who run away from or were thrown out by their parents due to early pregnancies or marriages.” 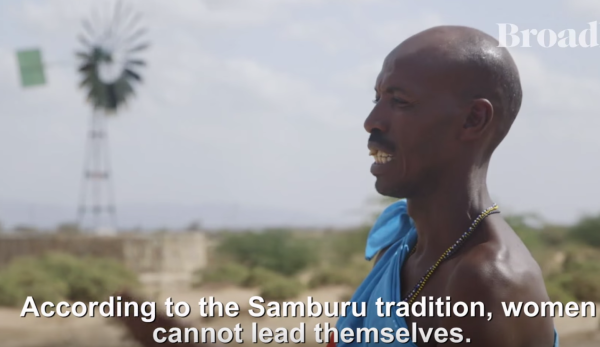 Although, the village of Umoja has flourished, the patriarchal idea of subordinating women is still rampant outside its walls, and the women often face obstruction.

“Some men set up a village nearby to block the road and stop tourists from coming here,” Rebecca recalled. “Once, 30 warriors beat us in front of tourists to make it look like this place was corrupt.” So the women decided to buy the land for themselves, to stop the men from driving them away. They saved for months for the down payment, and it cost them about 200,000 shillings. The men, of course, tried to stop them from buying it, but they eventually managed to close the deal.

Many Samburu steadfastly uphold the Samburu tradition of female genital mutilation (women are not allowed to marry unless they have been circumcised), forced marriages and financial dependency. 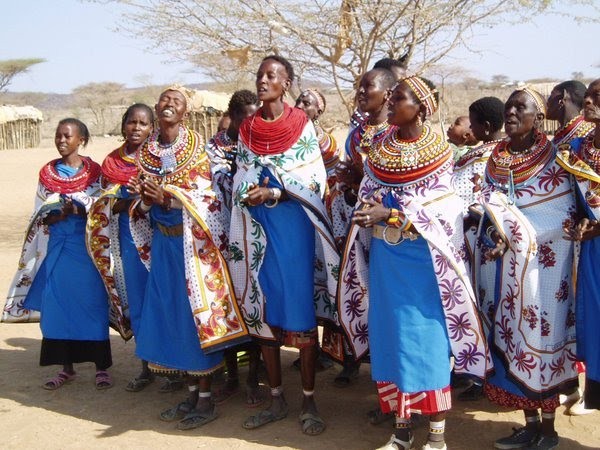 Nachami is another village which that is fully matriarchal. Unlike Umoja, men are allowed to reside there only if they reject the traditional ideas of Samburu culture.

Supalake is also a matriarchal village where gender roles have been switched. Women are decision makers while men tackle laborious tasks.

Some Umoja residents doubt the outside-residing Samburu will change their traditional views on gender roles. But women inside the village continue to progress, with many fully rejecting marriage in favor of self-sufficieny.

To learn more about the Umoja villages check out the following documentaries:

What do you think of Umoja?

I empathize and understand their need for their lifestyle. I have not lived their experiences and I’ve even heard American men make ridiculous statements regarding feminine power and femininity.

I pray that they flourish, the wounds from patriarchal society heal, and the men of their culture learn to respect them as full human beings so that one day they can coexist with mutual respect and love.

Beautiful and strong. love the beading.

This is amazing to read. I’m shocked I had not heard of this prior! Great reporting!!

LOVE this. Wouldn’t it be a wonderful world if all human beings were treated with dignity and respect?

Side note: That Broadly program is the second I’ve watched featuring this reporter (Michele de Swartze, I think her name is). She and her hair are awesome! Hope to see more of her in the future.

Really cool! I’ve been reading a lot lately about women, particularly African and Middle-Eastern women, bringing rape culture to the forefront of social media as an abomination and also about educational systems that are beginning to focus on educating young boys and girls on respecting and protecting one another; both seem to be having positive effects! Thanks for sharing! I’m going to link this to my blog: positivepassiton.blogspot.com

There’s something beautiful and empowering about seeing something wrong, taking matters into your own hands and watching that seed of change prosper and flourish. Imagine how hard it must have been to set out to start this “crazy” idea. And now the are a self-sustaining village and a save haven for young girls. It’s nothing short of inspiring. In our own communities, we should us this as motivation, to take issues into our own hands. Never be afraid to strike out and do what is right, or start something new. Become that self-sustaining oasis in the desert of negativity. On… Read more »

I’m CLAPPING for them so hard right now. ooooohhhh! Black women can’t catch a break anywhere. Those that were supposed to defend them, turn against them. TRAGIC!!!!

good for them…. ALL WOMEN UNITE!

This is incredible! These women are courageous and inspiring! I pray that they continue to flourish. Infinite blessings to them! Such a great article.

This is really cool and I’m all for it, though I do have one question. With 200 children, what happens once the sons grow up if no men are allowed (I assume some of those children are boys) after enough years they will probably have to be like the Nachami village allowing men to reside their. Growing up in that environment would likely create men with a different outlook so it might be counterproductive to throw them out once they are adults. I wish the article addressed that. I guess I’ll have to check out the documentary to find out.