Before the integration of the National Basketball Association (NBA) in 1950, black people who desired to play basketball were all but excluded from the sport. They were not allowed to play on white teams or in white-owned gyms. Church basements, dance ballrooms and various meeting spaces became the setting for games during that time.

Teams made up entirely of African American players were often known as “colored quints,” “Negro cagers,” or “black fives.”

The name Black Fives stuck and went on to become associated with the time period of 1904–1950 when all black basketball teams created their own place in the sport. Not long after that black women also decided to get in on the action.

The New York Girls formed as a sister club to the pioneering Alpha Physical Culture Club men’s basketball team. Their rivals, the Spartan Girls of Brooklyn, were the sister team to the Smart Set Athletic Club men’s organization. It was common and maybe even encouraged for female players to marry male players on their counterpart teams. 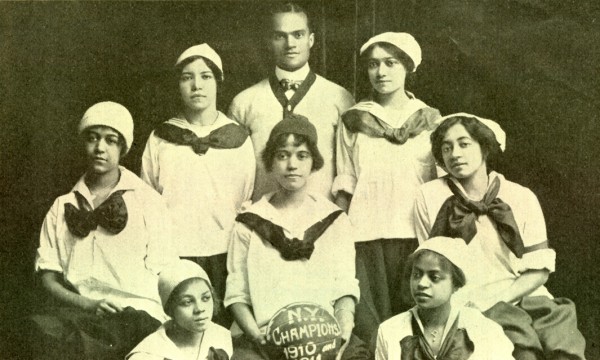 Soon after the New York Girls were established, came the Spartan Girls. 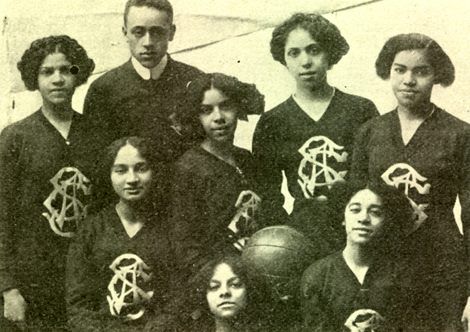 The Spartan Girls of Brooklyn, an early all-black female basketball team, circa 1910. Source

Teams such as the Younger Set, Chocolate Coeds, Germantown Hornets and Golden Arrows all followed the inception of the earlier teams. 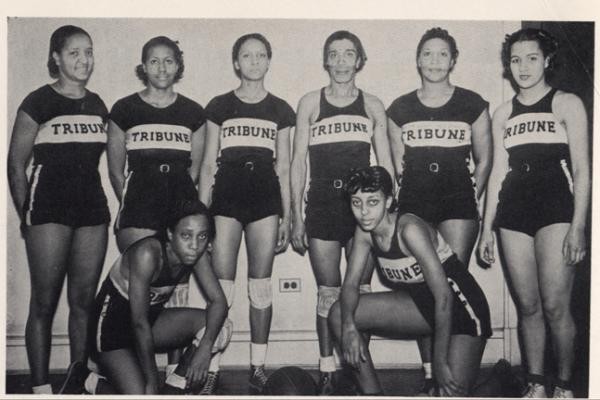 Led by Ora Mae Washington (standing third from the right) and Inez Patterson, who also served as business manager, the Tribune Girls compiled a record of 102 wins against only 12 losses between 1931 and 1934. Sponsored by the Philadelphia Tribune, Philadelphia’s oldest African-American newspaper, the Tribune Girls traveled extensively and took on all opponents, black and white, including African-American college, club, YWCA, and company teams. Source 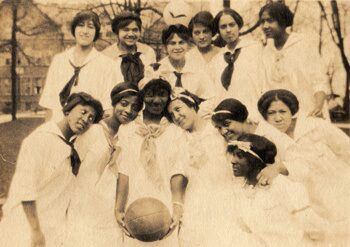 Much like the difference between the WNBA and the NBA today, the rules slightly differ:

African American women’s basketball teams played using the slightly altered version of the men’s rules. Most of the time there were five players per side, but in some parts of the country, particularly in the South, six players were used, three on offense and three on defense.

This alteration in rules led to much debate but it didn’t stop these women’s teams from dominating on the court. 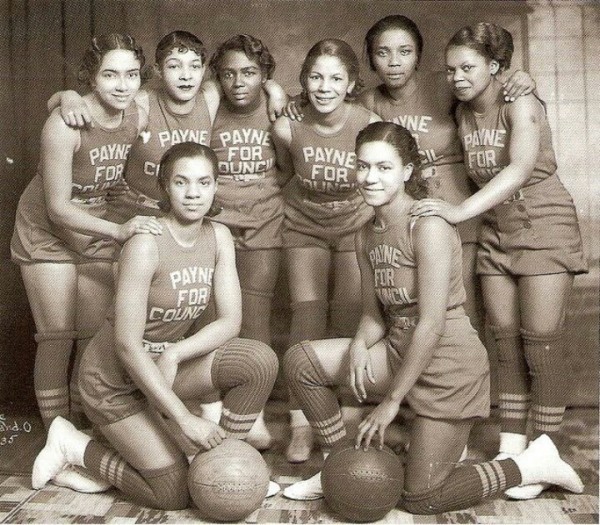 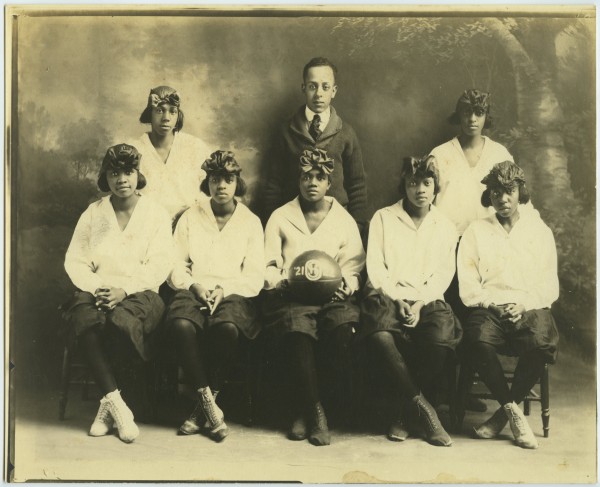 Were you aware of black women’s history in basketball? Did you have any relatives who played?

Interesting history of Basketball their outfits are kinda smooth. The rules being different even back says a lot about our society and the way women are seen as bein weaker. Glad they were able to play.

They were beautiful. I hope we (black women) today can make them proud. we stand on the shoulders of giants…

the hair game was on point for a lot of these women. Interesting stuff!

If I’m not mistaken the pic of the women on the Payne team are incorrectly identified as being from Columbus. From what I’ve been able to find, so far, they were sponsored by Cleveland City Councilman Lawrence O Payne, who was obviously connected with Cleveland, not Columbus.