“We were all put down on our knees, face down…The cop had his hand on his gun the whole time and was threatening us with it, kind of like flexing for it,” Kerby Jean-Raymond, designer and creative director of the fashion label Pyer Moss told the Daily Mail. The incident he describes, happened when he was an 18-year old boy growing up in Brooklyn, New York.  The crime? He and his friends hopped a fence to go play basketball.

Twice a year, fashion lovers and designers descend upon New York City to attend Mercedes-Benz Fashion Week There is glitz. There is glamour. And, of course, there is fashion. 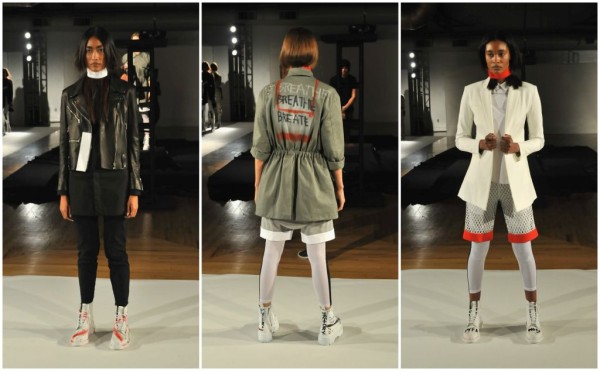 However, this year, Jean-Raymond used the runway as an opportunity to fuse fashion with social activism. He began his show with a 15-minute video featuring footage of black people dying at the hands of police officers. He then followed the video with models wearing clothing covered in griffitti and red paint to symbolize blood in honor of the fallen. 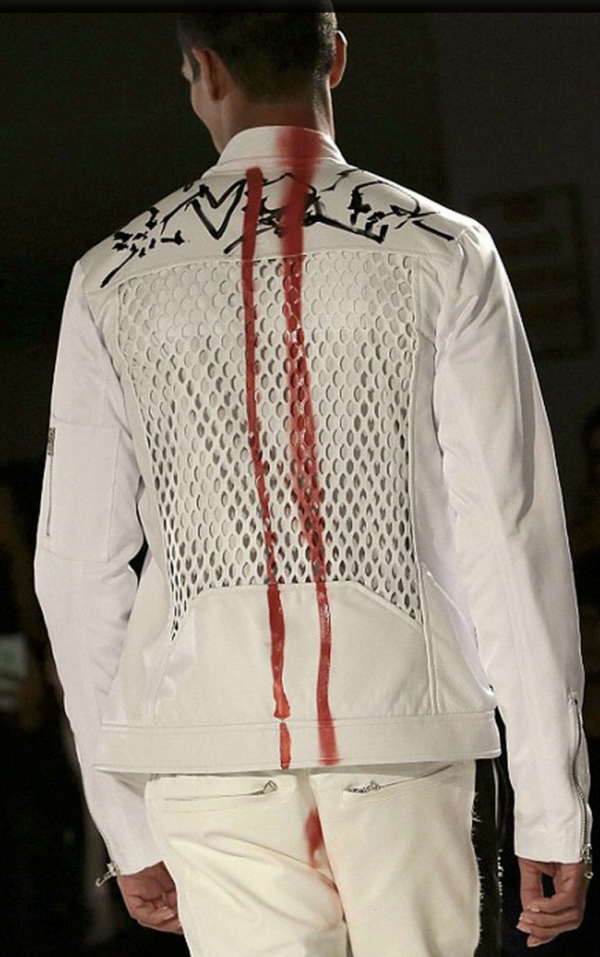 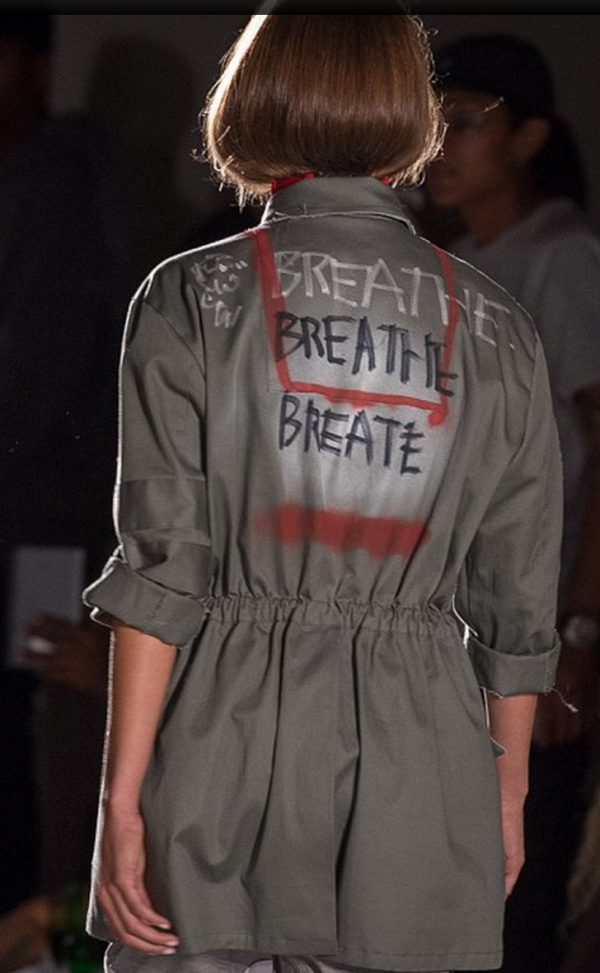 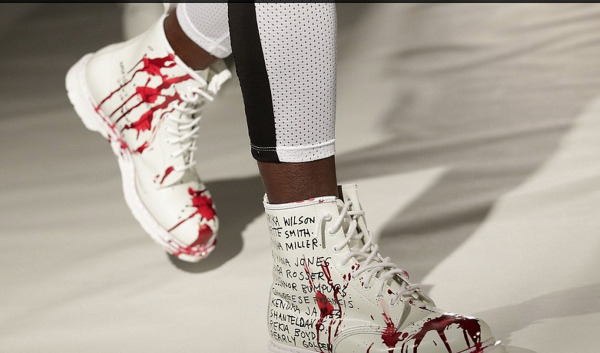 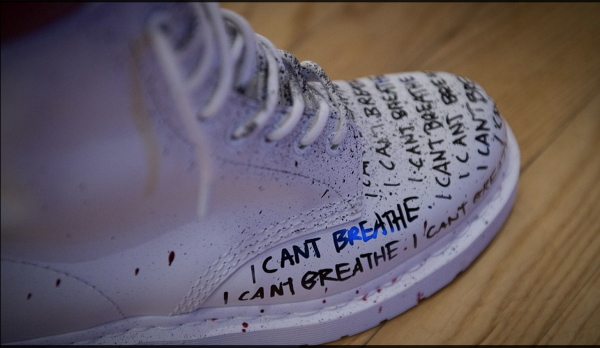 The phrase, “Black Lives Matter,” has become the cornerstone in the fight to raise awareness of police brutality against black people. For many of us these words force us to recall our own scary encounters with the aggressive police officers. For others, the phrase is a reminder of the countless victims we’ve seen in the headlines. For Jean-Raymond it is both. Recently, two police officers held him at gun point after mistaking his arm cast for a weapon.

“For as long as I have this platform and for as long as people are going to listen to me — I’m going to take a stand on something and this is something that is important to me,” Jean-Raymond told The Huffington Post.

What do you think of Jean-Raymond’s debut at Fall Fashion Week ’15?

Visually provocative and very necessary.…fashion forward and reality meet! I LIKE it!

Love it. Using fashion as a platform. Anyway the message can continue to be out there.

That’s touching. We can be so compassionate?