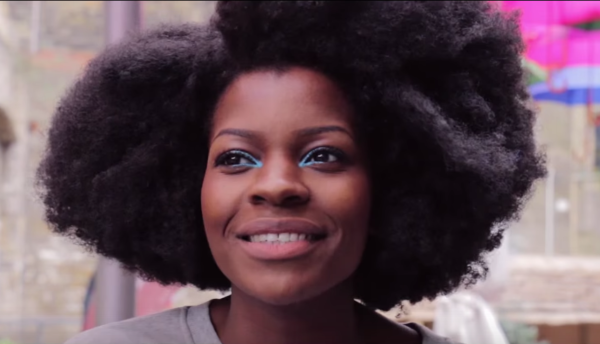 Youtube has become the go-to beauty information source for millions of women, including women of color. When we think of women who are a part of the youtube beauty scene, we can usually conjure up an image of a bubbly personality with expertly applied eyeshadow.  But there is one member of the youtube beauty community who isn’t a “guru,” dishing on the lasted makeup trend. On the contrary, writer and producer of the docuseries, Pretty, Antonia Opiah, has turned her camera lens outward,  asking viewers and herself alike to really examine standards of beauty as they exist across the globe.

Pretty is a weekly documentary series that seeks to answer the question: What is Pretty?  In asking such a seemingly benign question, Opiah, has unearthed the unique challenges black women all over the world are faced with when it comes to standards of beauty. Opiah, who so far has filmed the series in various cities in Europe, says the project is partly about understanding how, “people’s reception of you plays a huge part in who you are.” Given that truth, Opiah set out to explore the various ways in which each woman’s home city and country has shaped her understanding of herself and her “beauty.” 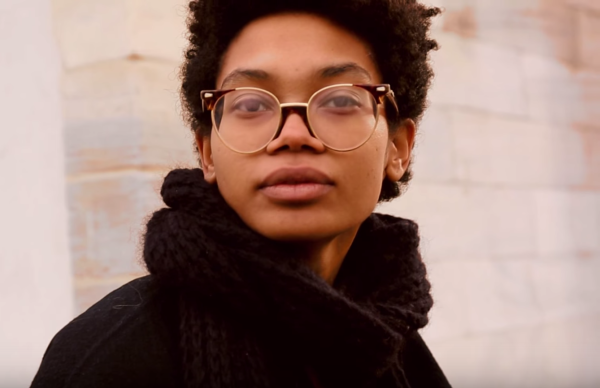 In each city, Opiah interviews and films a black woman responding to the following questions:

What’s considered beautiful in your country? In your city?

When did you first become aware of your appearance?

Has your appearance ever made you feel bad? Good?

What physical feature would you say is your best?

What qualities (inside and out) makes you attractive?

What message would you send to women all over the world about beauty?

The idea of “What is pretty” is simple enough, but Opiah’s questions are probing and thoughtful, even evoking tears in one of her subjects, Alma.  In her video, Alma, of London,  candidly recalls being referred to as a “the fly” when students in her school looked at her class photo. Alma had been the only black girl in her school. There are moments of sadness in each woman’s video, but more than sadness, there is beauty. Of every shape. Every color. Every walk of life. 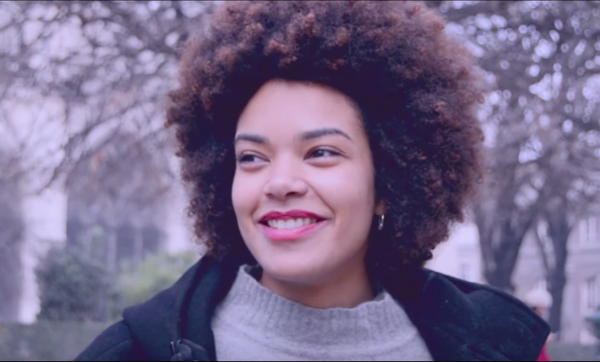 That’s partly what makes this project so unique. We’re mostly bombarded with images of  downtrodden black women who perservere despite societal challenges. But these videos aren’t about any of that. These videos are about real black women, giving real talk about something that shouldn’t be, but is so incredibly important.

Moreover, in the course of producing these videos, Opiah has discovered just how limited the world’s view of black women truly is. One viewer, she says, even commented they they had never heard a black woman speak French. This was not out of malice, Opiah says, but really from a lack of awareness. As a result, these kinds of responses inspired, one of Opiah’s personal goals for the project, which is to, “show just how diverse women are within Africa/the African Diaspora. I specifically want to highlight Black narratives outside of America because they don’t get enough airtime.” 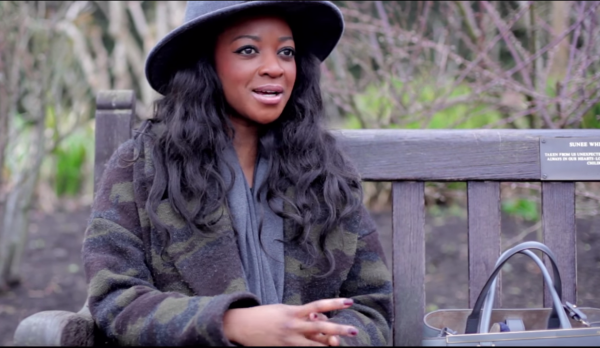 Opiah is no stranger to using film to bring to life rarely discussed facets of the black experience. In 2013 she organized a public art exhibit “You Can Touch My Hair” in order to explore the fascination with black women’s hair. The projected culminated in a short film viewable on Opiah’s youtube channel.  When asked about her video projects, Opiah states, “The content that I’m creating is a reflection of who I am, my interests and the things I want to learn. It’s my voice. I’m being really true to that. And I think people respond to that kind of authenticity.”

What are your thoughts on the Pretty Project?

I’ve watched the first episode of this great documentary series and absolutely loved it! I think every natural should watch it!

Keep up the good work!

Wow! This series is powerful. Thank you for sharing it!!

What really got me was the comment from that viewer who said that he/she did not know black women spoke french. LOL & SMH, majority of west african countries are french-speaking countries. Heck! I am a francophone too. pffff!

I remembered watching the first part of the series earlier this year and somehow wasn’t able to find updates, so thanks for posting this!! I’m going to have to search for more of the documentary. I believe the artist up and left the States and moved to Paris, and I think this is where she began her series. I remember hearing one of the ladies on the feature report about the lack of Black hair care products, which is crazy bc I think that Paris has the highest population of Africans in Europe, which also makes me cringe reading that… Read more »

[…] For more information about Pretty read this post written by yours truly HERE. […]

Beauty is what you and I am Made in Gods Image. People would see their self through Gods eyes they could love and except themselves and people more.