From The Ironing Board to Space: #ItWasABlackWoman Spotlights Black Woman Inventors and Innovators 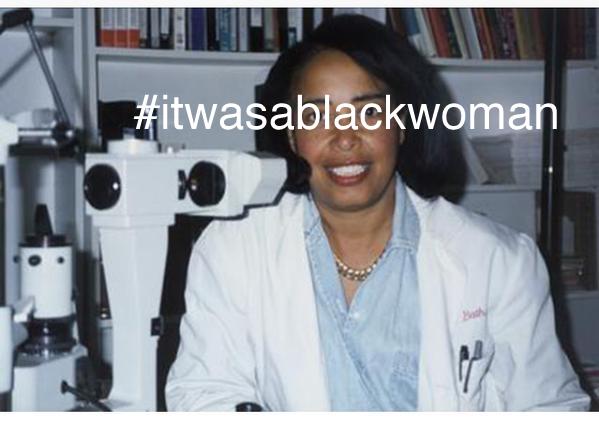 A couple of days ago, the internet was ablaze for the quarterly #blackout day dedicated to celebrating black beauty. Shortly thereafter, the #itwasablackwoman hashtag appeared. Twitter user @WhoisSizzle stated he wanted to create the hashtage to celebrate the accomplishments of black women.  Not long after, twitter was flooded with black history facts on phenomenal women.

#ItWasABlackWoman that was the FIRST SELF MADE MILLIONAIRE WOMAN OF ANY RACE IN AMERICA pic.twitter.com/0uQrKFxu9c

#ItWasABlackWoman that was responsible for the first moon mission by NASA. Katherine Johnson pic.twitter.com/Sxih8xvHsN

#ItWasABlackWoman that secured her U.S. patent rights for her improvements to the ironing board. pic.twitter.com/elu3rJDtt3

#ItWasABlackWoman that received a patent for inventing a spot test for identifying explosives in a field environment. pic.twitter.com/iQEvEElpmT

#ItWasABlackWoman who helped me realize that we have important stories to share, and that I can write my truth. ❤️Toni Niki Zora

Some twitter users also used the #itwasablackwoman hashtag to share personal accounts that attribute black women for the positive impact made in their lives.

#ItWasABlackWoman who taught me to keep my head high, stay strong, and stand my ground.

#ItWasABlackWoman who sent me to college , took me to plays, made me go to tutoring, made me better myself and open my eyes to new things

#Itwasablackwoman Who raised me when my father left me and believed In me through my mishaps.

#ItWasABlackWoman who told me that my black is beautiful

#ItWasABlackWoman, our school counselor, who stood up for me when I was harassed and called a terrorist in the 4th grade

#ItWasABlackWoman who went nights with out eating so that I could! THANK YOU MOM!

We want to hear who you’d include in #ItWasABlackWoman! Share in the comments below.

Thank you for posting a positive, uplifting article

#ItWasABlackWomanwho made me see that I wasn’t crazy for feeling what I felt, seeing what I knew I saw and having the courage to speak on it.#BlackWomensEmpowerment.

I wish these facts were incorporated into school curricula to not only recognize black people as essential contributors to this nation but normalize their prominence. The black American story is not just one of oppression but extraordinary innovation in ALL areas.

This gave me an emotional moment. The emotional feeling didn’t hit me until I got to the ones using the hash tags to talk about personal matters. All of this positivity you guys are giving out is touching. I didn’t hear this in grade school but I’m newly 20 so I’m not late. You might call me “strange” but I didn’t know black women were inventors except for the flat ironing invention. Now I know. #Itwasablackwoman who taught me when to clean myself, how to dress, and how to act. She taught me that my skin was a badge of national… Read more »

This is great! We need more articles like this. I’m loving the positive vibe this site has going on lately. There’s so much good to focus on. Keep it up!

#it wasablackwoman that was the first black woman in existence that started it all. She was the beginning on this earth of this beautiful race of people, to you I am grateful.