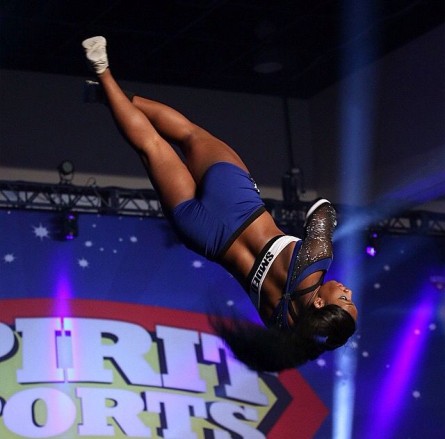 This 16-year-old cheerleader is now the Guiness World Record Holder for most double full twist flips in 1 minute. Angel Rice of Buford, Georgia has been tumbling since the age of 5. Under her coach, Frank Riley of FlipCity South gym, Rice’s talent has soared. Check out the insane viral video of Rice tumbling below that has garnered over 8 million views:

The girl gets as much air as Michael Jordan did with the Bulls in 96!

Recently, the teenager went on Today show to show off her record-breaking moves:

Rice hopes to compete in the Olympics and attain another world title.

Also of note, in 2013, Mikayla Clark (also out of Georgia by way of Atlanta) broke the world record by completing 46 backsprings non-stop in just one minute. 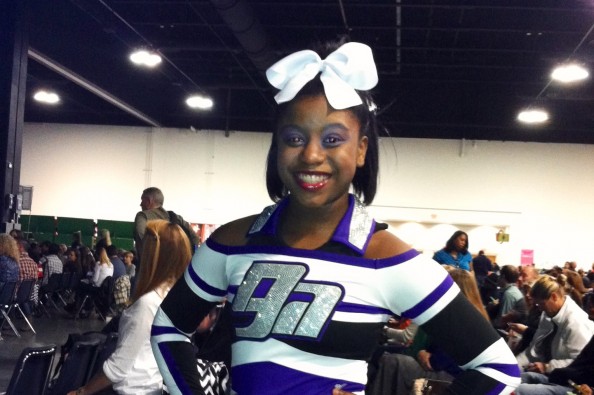 Watch it all go down below!

What do you think of these two phenomenal record breakers?

I can’t do all but give her a round of applause.