The Little Miss Happy Headed Beauty Pageant in Savannah Georgia, currently in its second year, was created specifically for young girls with natural hair. Pageant founder Mahogany Bowers, saw the need for such a pageant when she thought about her own daughter who is soon to enter kindergaten:

“I’m her mom, and of course I’m going to tell her she’s beautiful and her hair is beautiful in its natural state,” Bowers says, “but what am I gonna do when the little girl goes ‘why is your hair so nappy?’ You know, at school.”

The pageant was MC’d by local WTOC TV reporter, Whitney Harris who echoed the need for the Happy Headed Pageant:

“I went to an all-white school, a majority white school,” she says, “and my hair was different, and I didn’t always feel beautiful, and I wanted to have really straight hair like all of my friends.”

To ensure that the purpose of the pageant remained in tack, Bowers made an announcement:

“I want to reiterate to you all: this pageant is for them,” pageant founder Mahogany Bowers tells the moms. “I want them to have a good time, I want them to remember this experience.”

Take a peek at a few photos from this year’s Little Miss Happy Headed pageant below. 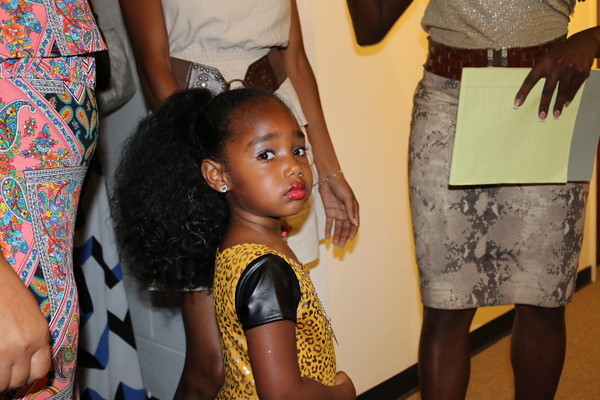 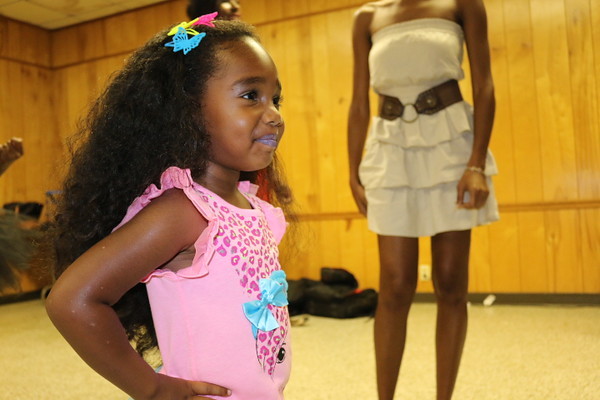 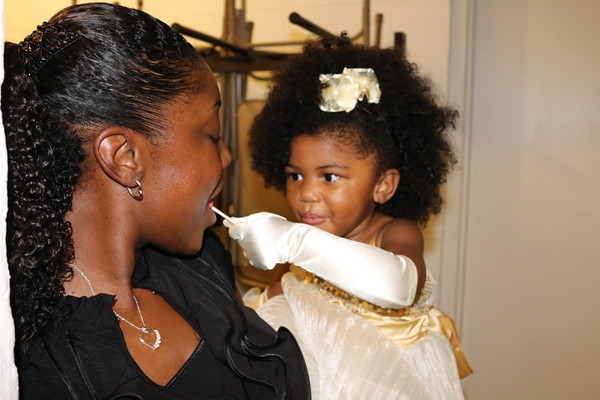 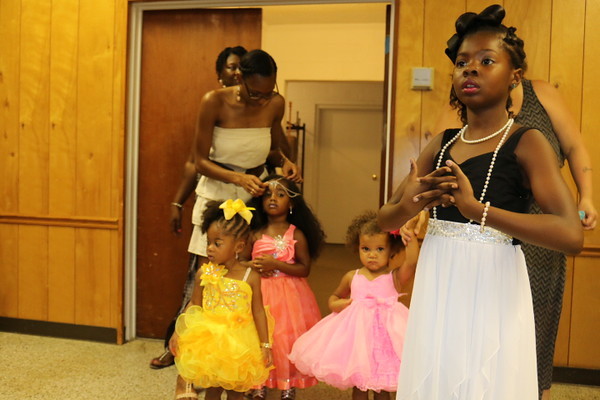 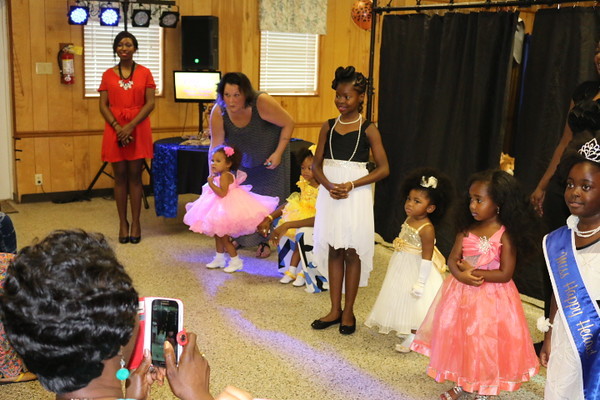 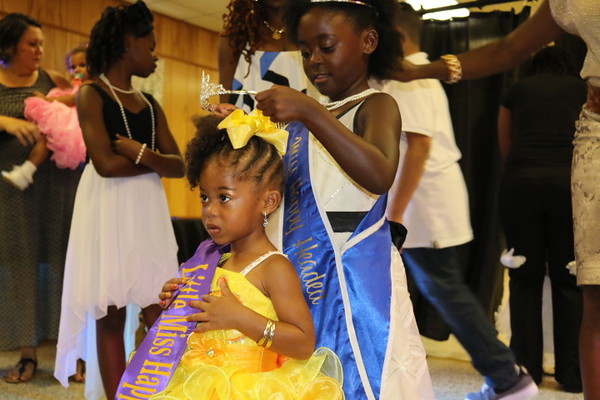 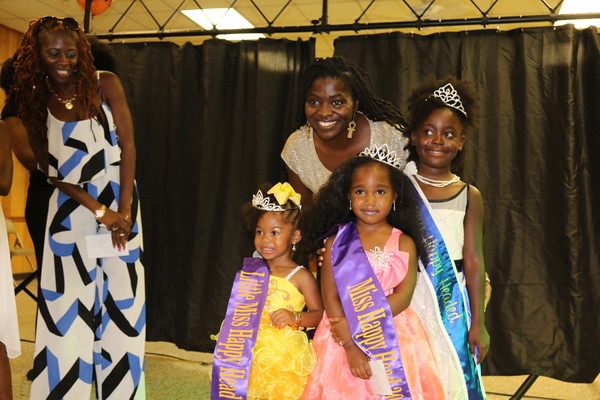 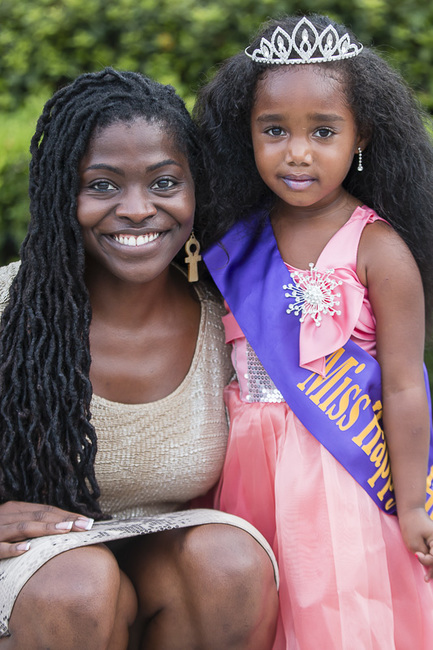 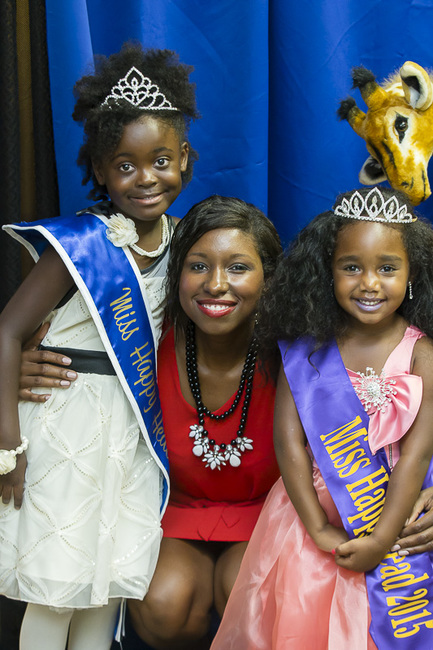 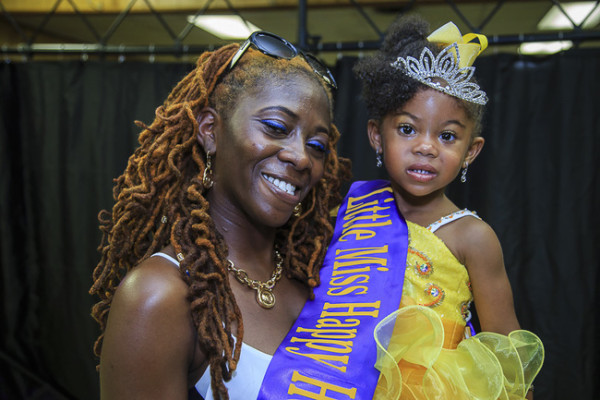 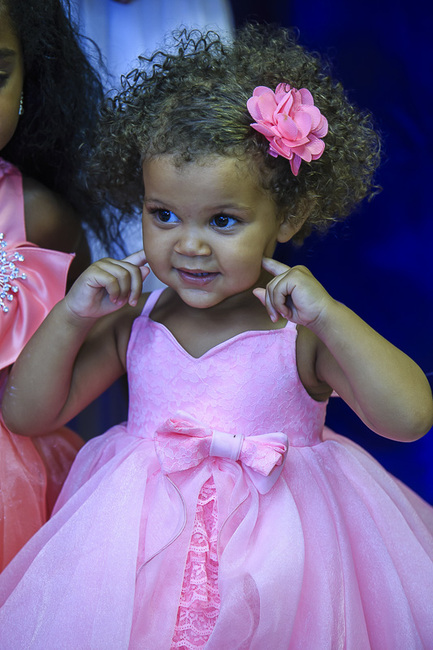 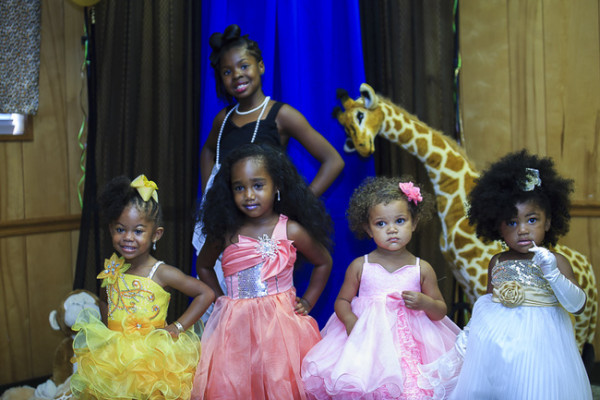 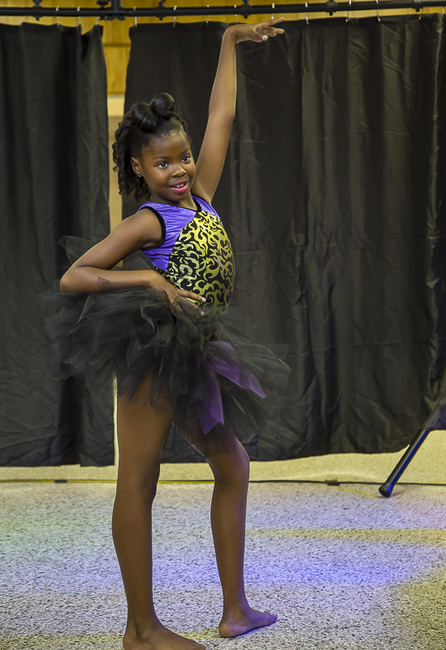 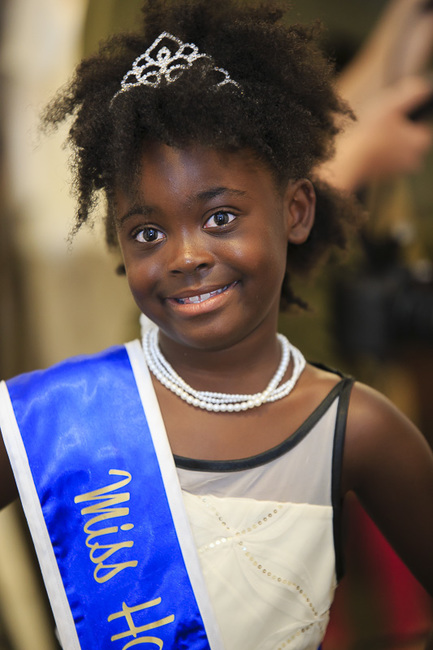 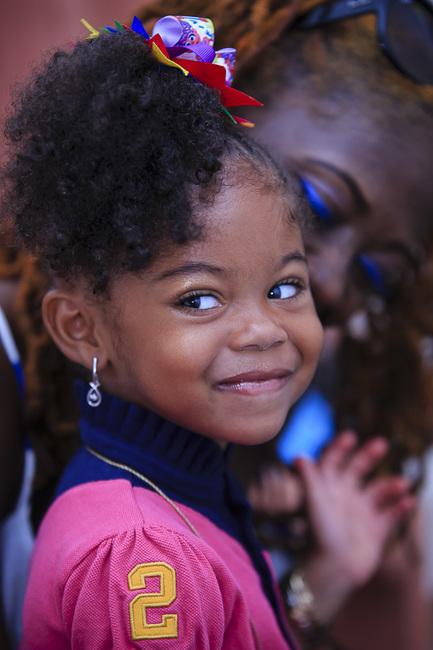 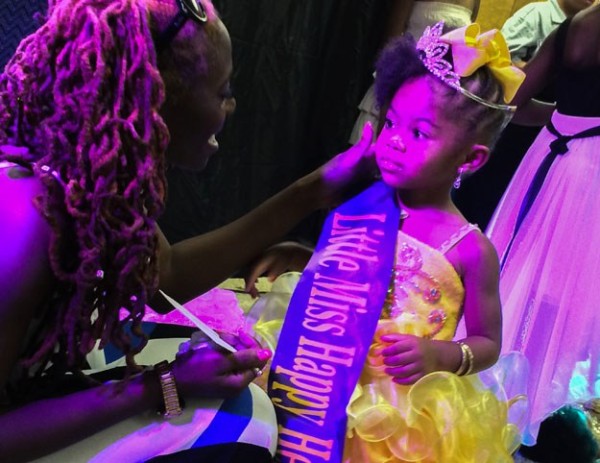 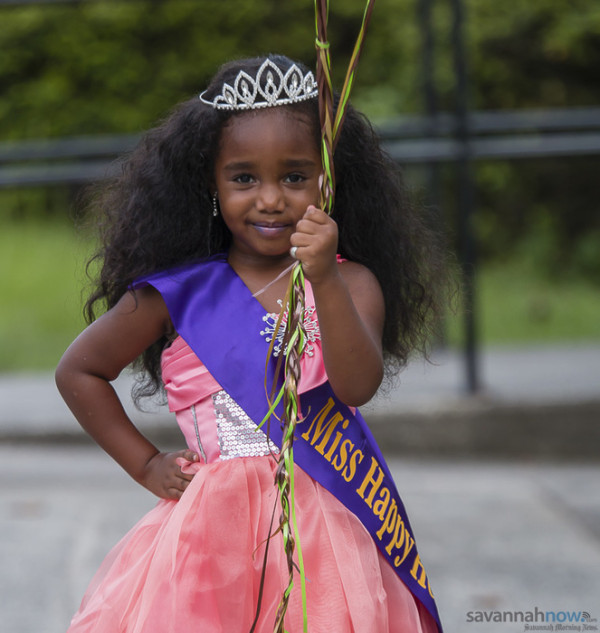 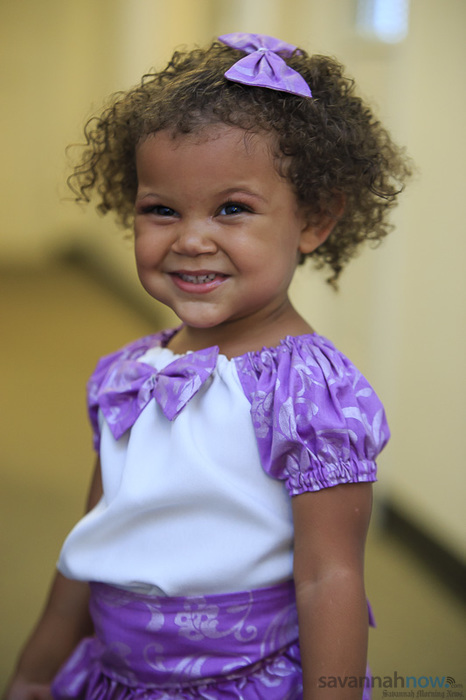 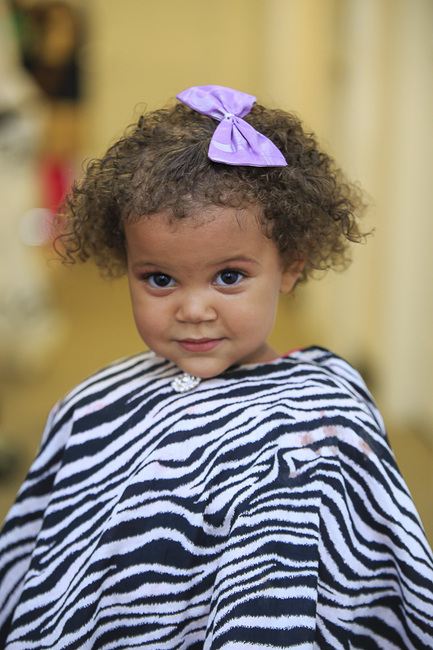 Although child pageants can often err on the side of controversy, this one at least attempts to boost confidence and self-acceptance in a world of rigid beauty standards.

What are your thoughts on the pageant? Good or bad? Sound off in the comments below.

So adorable!! And truly refreshing to see.

I am so glad this pageant was created for the beautiful princesses. Long long time ago, my parents had me participate in the Illinois Baby Miss America pageant. I was the ONLY child of color in it and sadly, did not enjoy it that much. While I won as Runner Up, I did not feel like my esteem was lifted or anything of the like. My Mom was happy, I just wanted to go home, take off the hoola-hoop dress, and eat a hot dog.

I love this. We are no longer begging whites to acknowledge us but instead creating our own, celebrating our own. This is beautiful and when I have a daughter or if I have one, she will definitely be doing this.

Tiffany, black Americans have always been “creating our own, celebrating our own”. The real struggle is “keeping” our own.

I feel the same way about this pagent as I feel about any other pageant with little girls.…I hate it.…I think it does more harm than good to these young souls

They should choose a different title for the pageant than “natural hair”. Because technically anyone who hasn’t chemically processed their hair could claim to be natural. I know they are trying to celebrate, support, and encourage girls (and more specifically black girls) with kinks and coils in the face of all the beauty propaganda that promotes European aesthetics. But I already notice one woman whose daughter’s hair is barely textured squeezing her child into the pageant. Don’t be surprised when other women with children that have straight hair start entering their children and defeating the whole purpose.

Those little girls are too adorable!

I am a ‘pageant queen’ with natural hair, and I am 13. My pageant system is about leadership, scholarship, community service and character. I have competed for three years and have been invited to the Nationals for the second year in a row. I was raised well, homeschooled, and taught to love myself and others, and my pageant has taught me how to compete in the world amongst the worldly, how to raise funds from sponsors, how to dress for and interact in interviews, how to be a good sport, how to change from a gown into a suit in… Read more »

This is not the first. The first was started by me in Houston Texas 5 years ago. This is a rip off. I created this pageant 5 years ago for my daughters. It has been a part of the Nzuri Natural Hair Festival for years! https://www.facebook.com/happyheaded?fref=ts This lady took our name and entire concept and called it her own. She did not even contact us to ask how to become part of the Little Miss “Happy” Headed pageant. Wow. Very disappointed. It’s okay to be inspired but to straight up copy is very saddening and she will be hearing from… Read more »

These girls are all so beautiful. This made my day.