Elle Canada is facing major backlash from Black Twitter after declaring the dashiki the “new it item”. The dashiki is a colorful garment that originated in Africa and has been popular among blacks in North and South America and the Caribbean for decades. 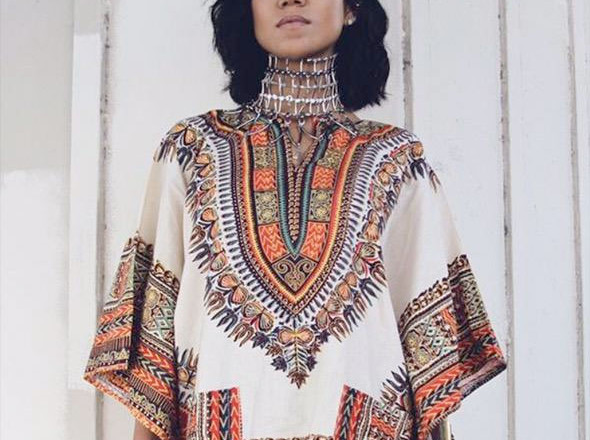 Black Twitter wasn’t a fan of Elle’s latest discovery and I can’t say that I blame them. This is the latest in a series of ‘heavy borrowing’ the fashion world has done from black culture, without acknowledging the history or source. 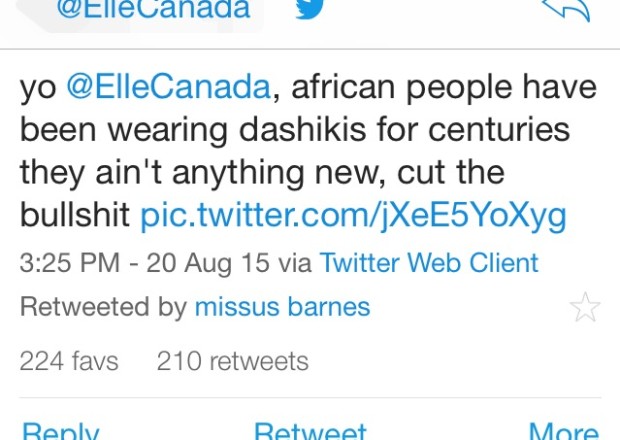 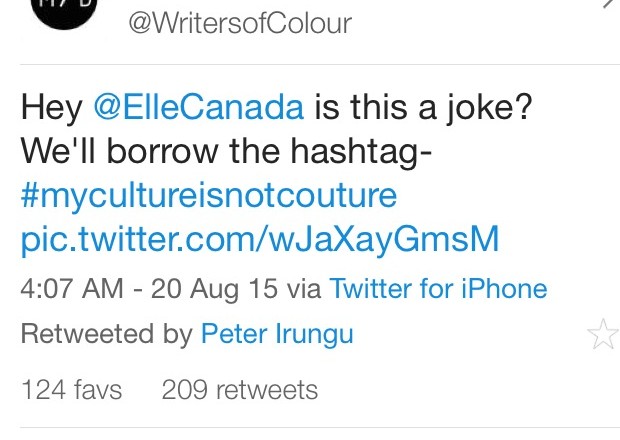 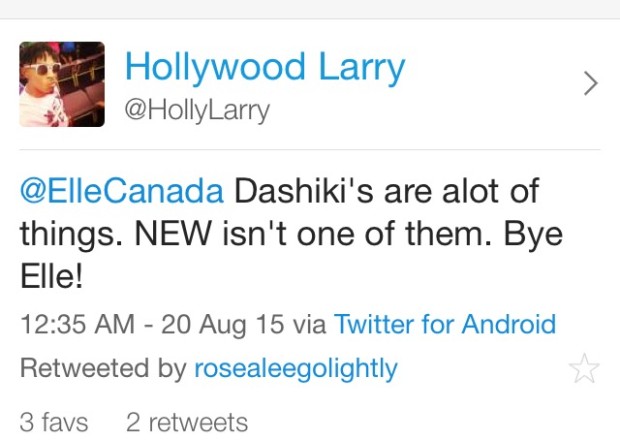 Dashikis have become quite popular since catching the attention of the fashion industry. They were ubiquitous at Coachella, Beyonce, Chris Brown and Rihanna have rocked them, and there’s a company churning out dashiki jerseys. 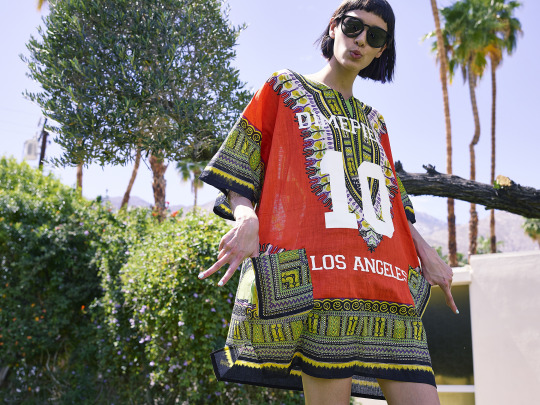 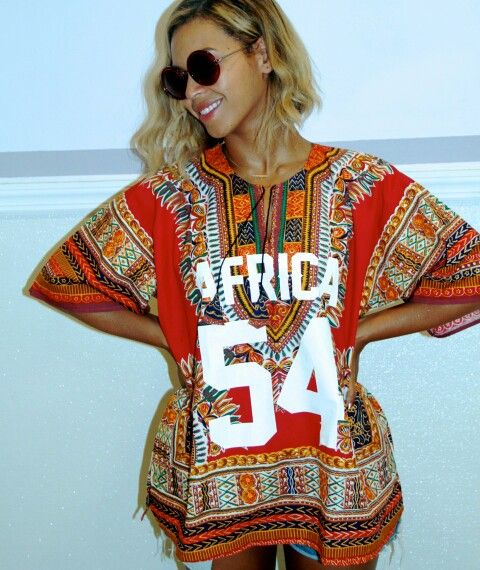 The dashiki that singer Jhene Aiko is wearing in Elle Canada’s twitpic is from Forever 21, and the well-known retailer doesn’t describe the item as a dashiki on their website, which opens up a whole other can of worms.  Elle Canada has since removed the tweet.

There’s no doubt that the dashiki’s modern twist has given it a higher style profile. But the fact that it didn’t become an ‘it item’ until white people noticed it doesn’t sit well with many. Additionally, many feel uncomfortable that traditional African wear is being scrubbed of its context and reduced to good festival wear.

White people always “discover” things that are already known to other people. That’s just their own ignorance. They “discovered” the dashiki just like they “discovered” America. Smh

Newest also defined : Already existing but seen, experienced or acquired recently Or now for the first time: as her new bike While dishikes hav been around for a long time. Many people don’t event know what the word is. Or how it looks. I was recently in Europe and saw them in a little boutique. It had little butterflies on it. If you had no knowledge of them perhaps you may buy one and come back to California and think it was A new look. Many fashions come and go. My daughter has thought a new song with an old school beat wad… Read more »

Look I even forgot how to spell the word dashiki. Lol

#Cultureaint’couture I wonder how many pretentious white elitists are going to pass this bullshit off as fashionable..

Agree nappy3000. Something doesn’t become an IT item until lots of people are wearing it. Nothing is wrong with stating it is becoming more popular again and is a new IT item. Again, they acknowledged its history and roots so please sit down and find something real to be upset about. This constant outrage at everything is tiresome…

Is it still appropriation even though in the Article they did acknowledge that it was a traditional African clothing item popular in west Africa. I took that statement as them nodding there head that it is not new, but something coming up again. Cause it is indeed re surging in popular fashion in the last few years amongst artist and celebrities of color and now the white folk. I usually get the cultural appropriation criticism, but i thought if you acknowledged the originators it is less appropriation more appreciation. Maybe I’m confused, and there is always room to read more about it. Someone… Read more »