When Alicia Keys came on the scene back in 2001, she had the tomboy look down with minimal makeup, cornrows, hats and baggy clothing. And while those elements are not masculine in and of themselves, by Alicia’s own admission they were combined to give her a ‘hard’ vibe. 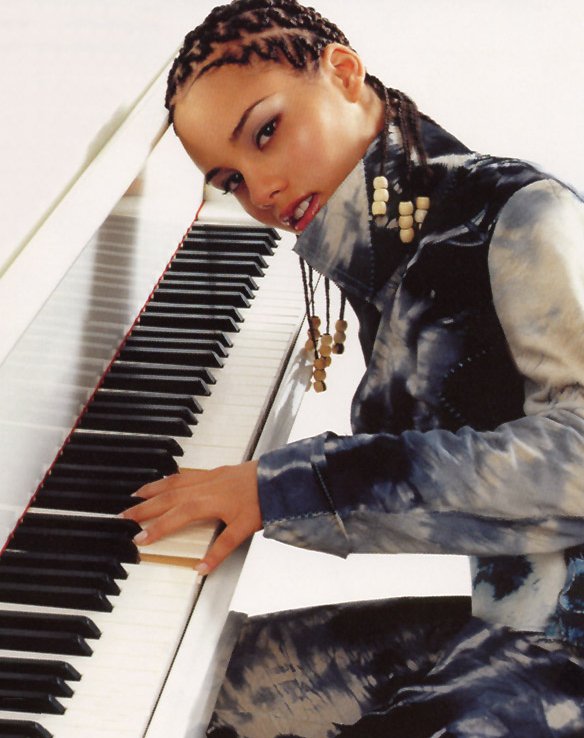 But now the 34-year-old singer is speaking honestly about why she dressed like a tomboy, and it’s not necessarily because she wanted to. It was a way to hide.

In an essay on her website titled A Revelation, Keys spoke about her ongoing struggles with being true to herself;

For as long as I can remember, I’ve hidden myself. It might have started in school when I realized that I caught on to things a little quicker, and teachers started to show slight favor to me, or use me as an example. I remember feeling like my friends would make fun of me or look at me as if I was different from them and so… I started hiding. Not intentionally, I didn’t mean to, but I did. Little pieces at a time.

I definitely started hiding when I got old enough to walk down my NY streets alone. I started to notice a drastic difference in how men would relate to me if I had on jeans, or if I had on a skirt, or if my hair was done pretty. I could tell the difference, I could feel the animal instinct in them and it scared me. I didn’t want to be talked to in that way, looked at in that way, whistled after, followed. And so I started hiding. I chose the baggy jeans and timbs, I chose the ponytail and hat, I chose no makeup, no bright color lipstick or pretty dresses. I chose to hide. Pieces at a time. Less trouble that way.

I remember feeling that same way when I first started to get recognized as an artist. I had the baggy/braided/tough NY tomboy thing mastered, that was who I was (or who I chose to be) and I felt good there. Then, because of the way I spoke or carried myself, people started calling me gay and hard and I wasn’t gay, but I was hard and although I felt comfortable there, it made me uncomfortable that people were judging me…

Alicia, girl, we feeeeel you! Many women learn early on to dress defensively against a male gaze that could, in a second, devolve into real violence. Additionally, our morality is often judged according to how we dress. It’s a direct connection that is not made in the same way for men. I remember back when Alicia Keys first came out she was applauded for being the modest counterpoint to Beyonce who didn’t shake her booty for attention. And yet, at that time, Alicia was obscuring a more sensuous part of herself because she didn’t want to make others uncomfortable. Crazy!

The singer goes on to share that the hiding became a habit;

I became comfortable hiding, my intelligence, my physical appearance, my truths, my thoughts, myself.

To this day, every time I get out of the shower to get dressed, I swear the first thought that comes into my head is, what can I wear that won’t cause too much attention when I go pick up Egy, or head to the store, or go shopping, or visit a friend etc.

Luckily she finally realizes that she is FREE to express herself as she pleases!

And just the other day it hit me! OMG! Alicia!!! Why are you choosing to be that person?? That is so old and outdated!! STOP!!

Yaaas girl! Even though we live in a society that denies the complexity of women (and black women in particular!) it doesn’t mean we have to distill ourselves down.

A few days before writing her personal essay, the actress released a stunning recreation of the iconic 1972 promotional Jamaica poster featuring Sintra Arunte-Bronte. 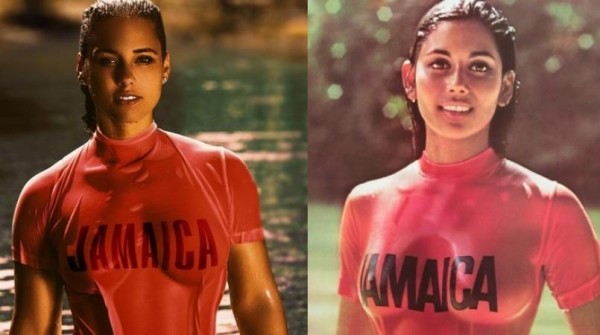 Beautiful!! I’ve always loved her. And I can relate to feeling the way she has and finally getting to the point recently (Sad it took me so long-just turned the big 40) that I can be free to be who I am and not care what anyone says or thinks. A famous quote from Marianne Williamson I have in my book says it perfectly: Our deepest fear is not that we are inadequate. Our deepest fear is that we are powerful beyond measure. It is our light, not our darkness that most frightens us. We ask ourselves, ‘Who am I… Read more »

Hmm, Alicia now, people didn’t/don’t call you a lesbian just because of the way you dressed but you know what, this is a sweet article so I will definitely say I love her lyrics and the message here.

Because she wasn’t going around making a slut of herself like many women. If a woman isn’t chasing a man then she is a lesbian. Its the damned if you do damned if you don’t mentality.

#shade. lol Why were they saying that?

True. But Beyonce had the whole ‘sex kitten’ vibe and she was wildly successful as well. I don’t think being taken seriously and expressing her femininity had to be mutually exclusive. Just my opinion.

I actually remember early interviews where she said she didn’t want to to go the route of being the artist who has her ass hanging out but early on was pressured to do that. She probably felt she had to go to the extreme to avoid it.

It’s a choice that many of us have made in order to be taken seriously, not be judged, avoid drama, or keep out of the spotlight.… the tomboy isn’t as threatening or as much competition or as bitchy…

There is no problem in being sex symbol!

I can relate to this so much. I also used to dress in ways that would draw attention to me because of what people might say. Also because I didnt want men looking at me in a funny manner. Nowadays am more comfortable in my skin and all and wear dresses more but I still get uncomfortable with men staring at me. Like some of them make faces or sexual comments that I dont like. Its annoying and inappropriate.

I think also she might have wanted to be taken seriously in her career. She’s so pretty, that if she started out with the feminine look, the executives would have pushed the idea of her being this sex symbol down her throat. She did the smart thing for however long she needed to.

I understand this. I have done/currently am doing the same thing. Working with men you get so much unwanted attention if you let them know you’re smart and dress to showcase your beauty; not revealing just nice colors and styles I’ve never been a short, tight, cleavage girl always proffesional. When I first started working where I do now my boss’ wife would call me everyday and say the weirdest things. My female coworkers were so aggressive with me and all of this hendered my work significantly. Even some of my guy friend’s women would be rude and harsh with… Read more »