When these black women were encouraged to reach for the stars, they took the advice literally, becoming what many view as the pinnacle of science and exploration — an astronaut. These phenomenal women have contributed mightily to black American history, American history and the history of space exploration. 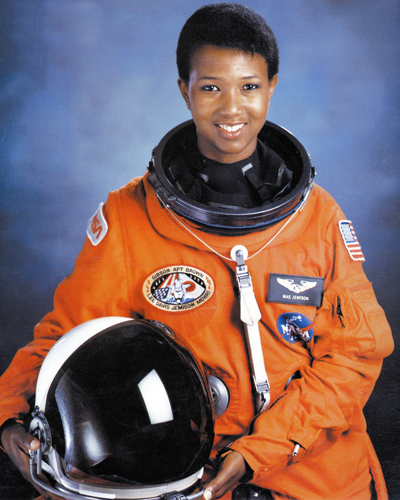 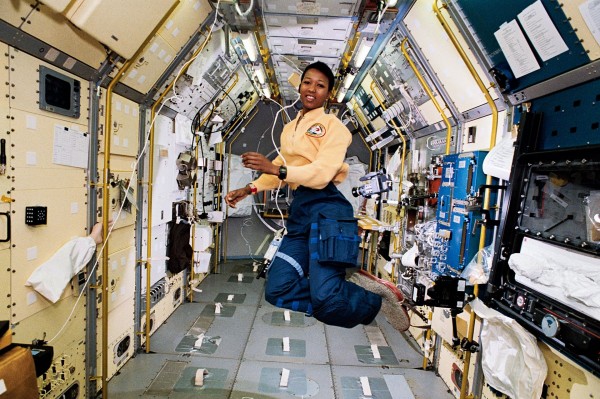 Mae Jemison, 58, is the first black female astronaut under the NASA space program and the first black woman to travel in Space. Jemison served as a mission specialist for space mission STS-47 in 1992. Jemison is a brilliant woman and a master of multiple disciplines;

Jemison studied chemical engineering at Stanford before going to medical school at Cornell. From there, she went into the Peace Corps as a medical officer for Sierra Leone and Liberia before becoming a general-practice physician in Los Angeles. An itch to keep exploring, something that Jemison admits has been with her since childhood, led her to NASA, where she became an astronaut and the first woman of color in the world to go into space…

There will be a high school named after Jemison in Huntsville, AL that’s slated to open in 2016. (Jemison also has 3 additional schools named after her throughout the country.) 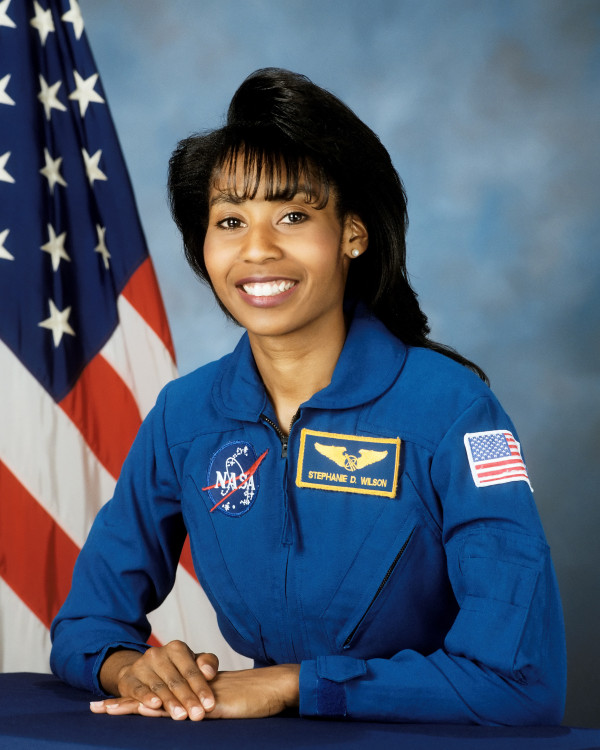 Stephanie Wilson, 48, is the second black woman to go to space. She was accepted into the NASA space program in 1996 and has since completed three shuttle missions. Wilson is the recipient of the NASA Space Flight Medal and the NASA Distinguished Service Medal and has logged over 42 days in space. Her interest in space travel came after an interview with an astronomy professor in middle school. She received a BS in engineering science from Harvard University and an MS in aerospace engineering from the University of Texas. 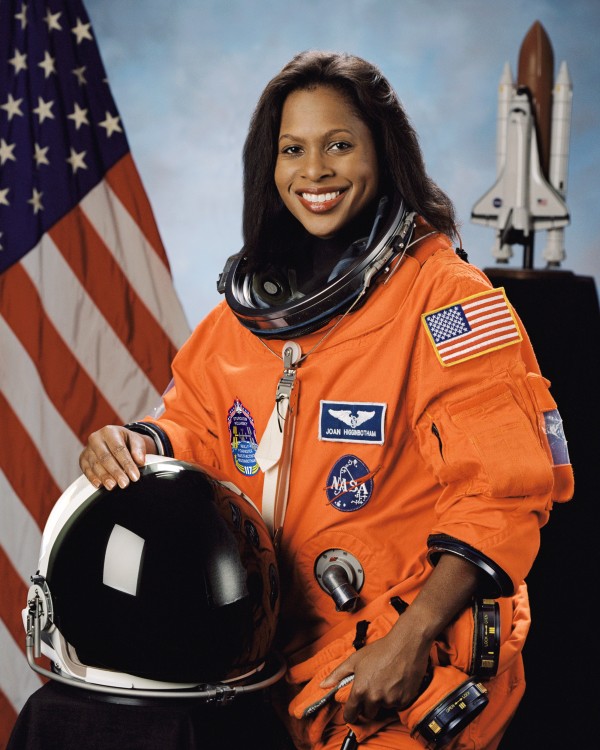 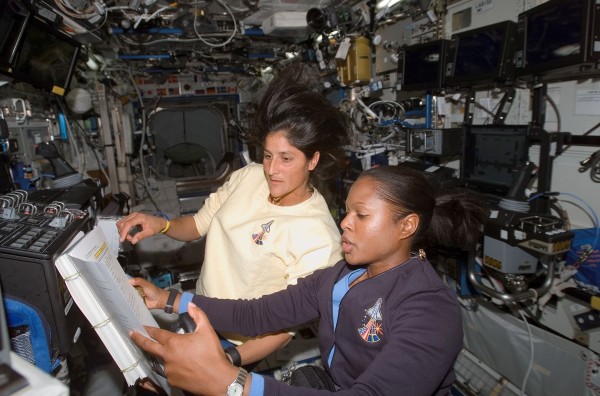 Joan Higginbotham, 51, was the third black woman to venture into space. Higginbotham logged over 308 hours in Space on mission STS-116 and is the recipient of the NASA Exceptional Service medal. The Chicago native attended Whitney Young High School — Michelle Obama’s alma mater — and received a BS from Southern Illinois University Carbondale and an MA in Management Science and MS in Space Systems both from the Florida Institute of Technology. Higginbotham is also a member of the Delta sorority! 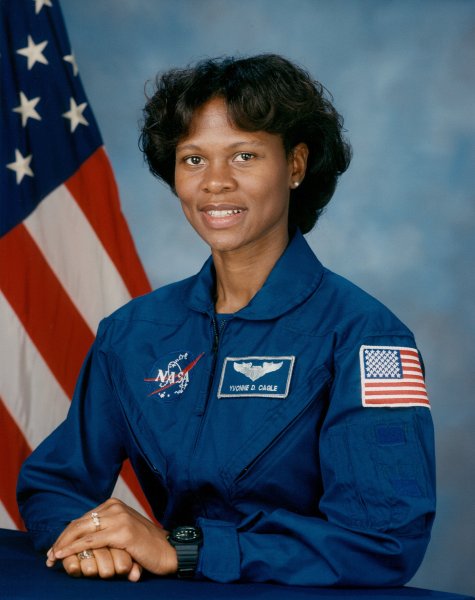 Yvonne Cagle, 56, was a member of the 1996 Astronaut Class. Although, Cagle has not traveled into space, she plays an important role within the Johnson Space Center’s Space and Life Sciences Directorate. Cagle was recently has been selected for the reserve crew for Hawai‘i Space Exploration Analog and Simulation that will aid in determining nourishment for astronauts on missions to Mars and the moon. Like Mae Jemison, Cagle’s background is in medicine;

Yvonne Cagle received her bachelor’s degree in biochemistry from San Francisco State University in 1981, and a doctor of medicine degree from the University of Washington in 1985. She completed a transitional internship at Highland General Hospital in Oakland, California in 1985 and received a certificate in Aerospace Medicine from the School of Aerospace Medicine at Brooks Air Force Base, Texas, in 1988. She then went on to complete a residency in family practice at Ghent FP at Eastern Virginia Medical School in 1992 and received certification as a senior aviation medical examiner from the Federal Aviation Administration in 1995. 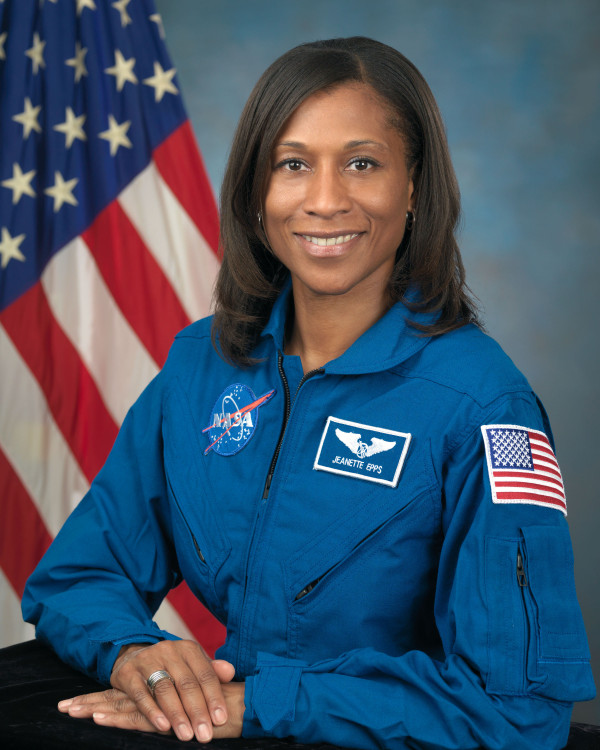 Jeanette Epps, 44, is the most recent black female to be admitted into the NASA space program as an astronaut in 2011. Epps completed a 9 day undersea exploration mission in 2014 aboard the Aquarius underwater laboratory. She has a BS in Physics from Le Moyne College, and an MS and PhD in aerospace engineering from the University of Maryland. Epps is also a CIA intelligence officer!

Yes I was growing up. Ever since I watched the movie Space Camp! Way to go Ladies. Proud of all of you!

How amazing it is that we don’t hear about our Beautiful Black Queens in the main media? Just keeping with the stereotypes that Black people can’t and have never contributed anything good to this God forsaken society!

How is it allowed that a black women’s C.I.A. identity is revealed?

If only the names of these women were on our kids lips instead of the yonce’s riri;s and nickis of this day and age. Imagine what our girls would do.

This is wonderful. Not to mention they are all good looking.

This is amazing. Shamefully I was unaware of all the lovely Black women astronauts with the exception of Mae Jaemison.