A few months back it was announced that a film was going into production entitled Southside With You, chronicling the first date of President and First Lady Barack and Michelle Obama.

“Parker Sawyers is playing Obama, then a young associate, with Tika Sumpter playing his future wife, lawyer Michelle Robinson, in the romantic dramedy inspired by the president and first lady’s first date to see Spike Lee’s Do the Right Thing in 1989. The date, on a summer afternoon and evening, also included a trip to the Art Institute of Chicago and the couple’s first kiss, outside of an ice cream parlor.

The Obamas talked about their first date in an interview on the campaign trail in Obama’s 2012 bid for re-election and have frequently noted that it included a screening of Do the Right Thing. The first couple even recorded a video message that played ahead of a 25th anniversary screening of the film at the Los Angeles County Museum of Art last year. In the video, Michelle Obama said of her husband’s selection, “directed by a guy that not that many people had heard of,” “He was trying to show me his sophisticated side by selecting an independent filmmaker, and it ended up being a pretty good movie — really great!”

The president, in turn, thanked Lee for “helping [him] impress Michelle.””

Awww. Principal photography began on the film this month in Chicago and pictures of Tika Sumpter as a young Michelle Obama have been released. 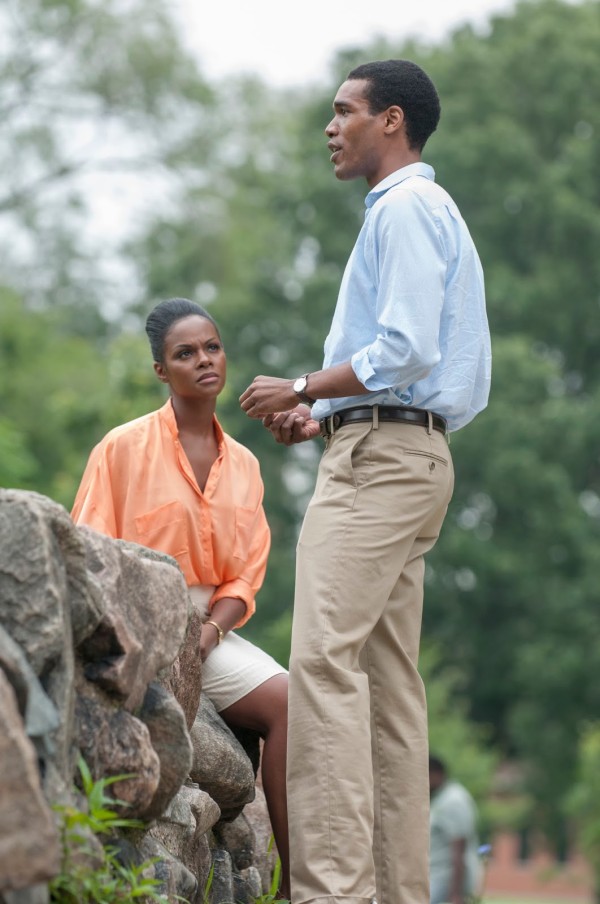 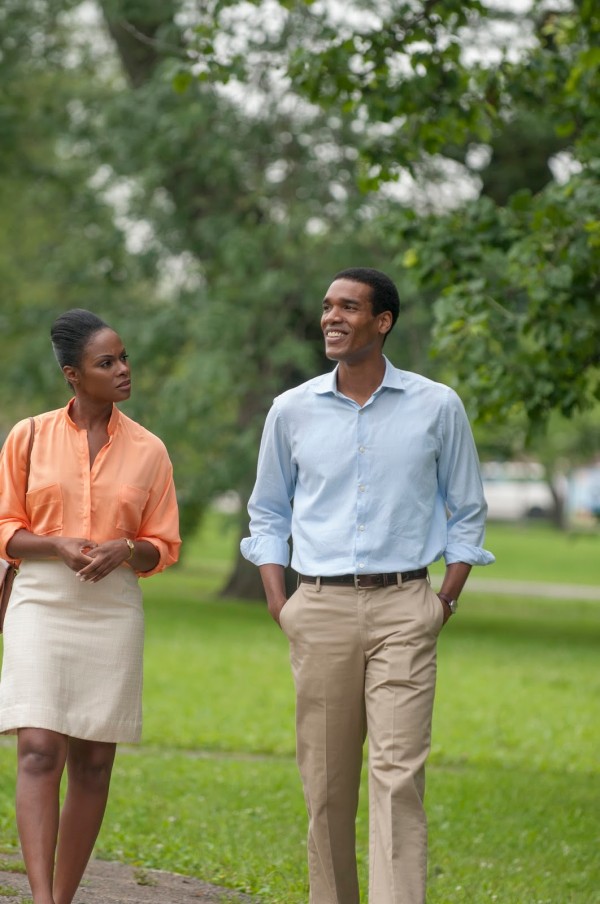 Ladies, what are your thoughts? Would you see this movie?

I think the casting directors should’ve done a better a job. Sawyer looks nothing President Obama. Tika Sumpter is beautiful, but also looks nothing Michelle. Also, the costume designer definitely could’ve done a better job with the clothing choices. The clothing seems cheap and it doesn’t feel like anything the Obamas would ever wear even more than twenty years ago. I hate to say it, but it looks like lifetime movie-esque. My undergraduate degree is in film studies, so please don’t attack me for being honest.

Tika Sumpter is really building up her acting résumé!!! Good look! I am so jealous of how photogenic she is (both of them really)!!

See their clothes here http://millardayo.com/tbt-0306tza/barack-michelle-obama-young-wedding-dating-photo‑3/ this is exactly the style they used to have before.

The man they chose for Obama does not remotely look half Irish but neither does Barack Obama (he looks like a light skin black man) really but honestly that guy playing Obama looks all Kenyan. At least they could have found someone looking a little more admixed or more like Obama.

Tike Sumpter is one of the prettiest black female actresses now. Nice to see a pretty chocolate girl for a change along with Keri Washington and Gabrielle Union.

I really hope the clothes in this scene are not the fashion theme of the whole movie. I do not see Michelle ever being someone who dresses in “field trip chaperone” clothes by choice, especially not in her youth. And Barack may be bland these days, but I’m sure he would’ve dressed with the times when he was younger. The khaki look has never been a trend for the under 40 crowd. I think this imagery is a disservice to their style considering how big a deal is frequently made of Michelle’s taste in clothing.