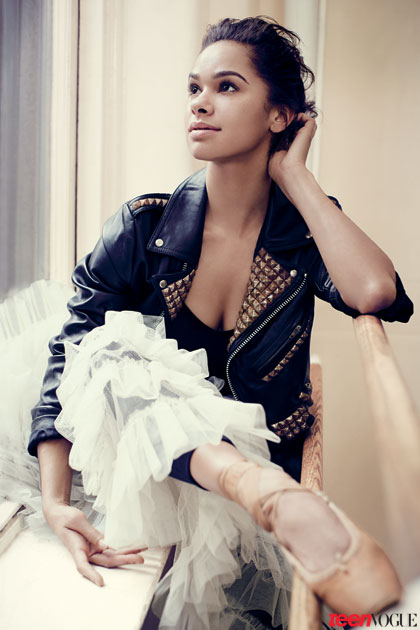 Tears, real tears. As an avid lover of ballet and absolutely unapologetic Misty Copeland stan, I was delighted to see my Twitter feed overflow on Tuesday with tweets of congratulations for the dancer and her promotion at the American Ballet Theatre (ABT) to principal dancer. Becoming a principal at a ballet company is already a huge accomplishment, but this is a historical moment — Misty is the first black female principal at ABT in the company’s 75 year history. In a profession dominated by rail thin white women, she broke through not only color barriers, but also the perceptions of how a dancer’s body should look, to reach her goal. 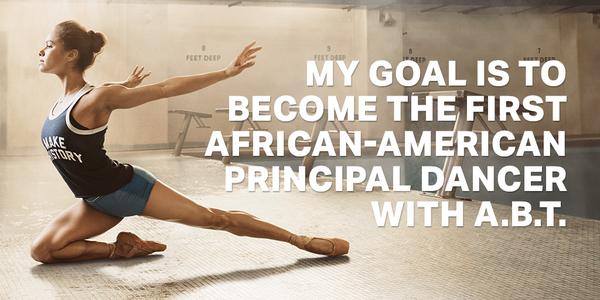 And what’s even more amazing? Misty didn’t begin her formal ballet training until the age of thirteen, while many dancers start practicing before they can even enter elementary school. By fourteen, the prodigy had already won her first solo role, living part-time with her manager, Cynthia Bradley. Copeland then went on to become increasingly recognized in the LA-area for her ballet talents and won several awards, landing a coveted scholarship at the San Francisco Ballet summer workshop. In her junior year of high school, Misty began her ballet studies at the Lauridsen Ballet Centre. She joined ABT’s Studio Company in 2000 and continued to excel in several roles, eventually rising to mainstream fame due to her extraordinary talent and back story.

During her career, Copeland developed a binge eating disorder after artistic staff told her that her body lines had changed and she needed to “lengthen,” which is a polite way of saying she needed to lose weight. The ballet world is especially cutthroat when it comes to the female body and after she developed curves due to medically induced maturation, her body no longer fit the dancer stereotype.

However, Misty had positive influences in her life that renewed her self-confidence and desire to dance. She recalls in her 2014 Self interview, “I’d always believed that what mattered was how I looked, how well I embodied certain standards of perfection. But now I started to understand that my body’s natural evolution into womanhood had validity, too. Dancing had always made me happy, and I wanted that back. So my priority became simply accepting my new self. I focused on what I wanted: to feel good, to be confident in my skin again, to dance.” She now embraces her curves, defying the stereotype of the “perfect” dancer body and looking fabulous while doing it. Werk. 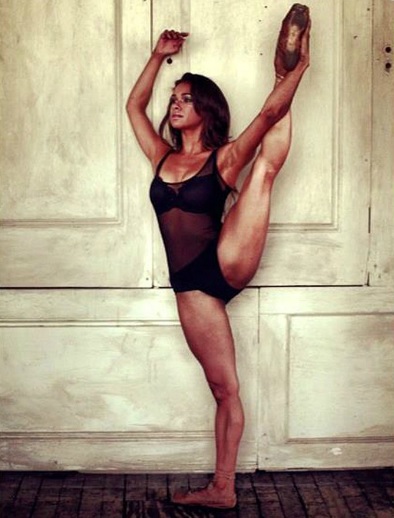 In addition to Copeland’s admirable career at ABT (she also became the first black soloist at ABT in more than two decades), she has performed on tour with Prince and was featured in Blackberry, Dr. Pepper and most notably, Under Armour ad campaigns. Her memoir, Life in Motion: An Unlikely Ballerina, is a New York Times bestseller (I highly recommend it). This year, TIME named her one of the most 100 influential people in the world for changing the face of classical ballet and being a role model for young girls (and may I note, women too!).

Misty Copeland’s ongoing dedication to her craft and ability to overcome the odds make her a true example of “black girl magic.” I can’t wait to see what she does next in her career. Congrats, Misty! Also…check out the video of her after her promotion to principal is announced. It will give you all the feels.

What do you feel Misty’s accomplishment will mean for black girls everywhere?

I think Misty will do for ballet what Tiger did for golf and what the Williams sisters did for tennis. This generation of young blacks need to believe that they can excel at whatever they put their mind to and nothing is off limits based on race. Go Misty!

It’s a culture piece (see topic category at the top), it’s not about hair. I support black women doing great things whether they have natural hair or not. There are things in life more important than hair.

Beautiful <3 By the way guys I don’t know if you pay any real close attention to Wimbledon or not but it would be great to see a post about what’s going on there too! Dustin Brown, a little known yet incredibly talented Rasta with waist length dreadlocks just beat Rafael Nadal! and Serena Williams sporting her lovely natural hair and dominating as always 🙂 The Guardian and other websites are calling Dustin ‘unconventional’ and stuff like that, probably to them he is since tennis has always been a mostly white sport, but now truly blacks are breaking through barriers… Read more »

She lost all credibility with the last couple of sentences.

I chose to overlook that; she’s understandably outraged, as we all should be. The point is that such discrimination and glass walls (never mind ceilings) are very much there; they are real and have to be acknowledged. You can’t change what you won’t acknowledge.

While some may not agree with you, Tabatha, I can see where you are coming from based on personal experience. My sister, a dancer as well, tried out for Alvin Ailey. Unfortunately, she didn’t make the auditions and her first reaction was “it’s because I’m darked skinned”. Now perhaps it was because of that, but she allowed that to discourage her and she never tried out for a professional dance company again. She allowed herself to settle for local gigs and never reached her full potential (not that there is anything wrong with local talent). She’s past her prime now… Read more »

That’s so sad to hear yet I can believe it as I’ve seen similar circumstances in my community over the years to present day.

what does this have to do with natural hair…thought you said you were not going to cover relaxed hair…her hair is relaxed.…

She’s not super thin like most ballerinas either. She has muscles. Big beautiful muscles. She’s gorgeous. <3

Good For her! I’ve always been a fan of hers. I love that she stuck with it because she was given No’s so many times because of her body type and they thought that she wasn’t strong enough. I’m so glad that she stuck with it. That’s perseverance. She worked hard and finally got them to change her their mind about her. That is an example that just because you don’t fit the exact plans for someone else, never give up if that’s your dream, never play the victim. Never do the Boo-hoo, wowis-me, they didn’t pick me because I’m… Read more »

While congrats are in order for her, I find your comment to be delusional and ridiculous. For many everyday professions, people are being overlooked for jobs because they are too black and their hair is too kinky. Viola Davis stated this in her interview and petitions circulating reflect this. When braids and afros ate deemed inappropriate and when a car dealership wont even consider a black person working as a secretary because they want good-lookinh people this is not playing the victim as you call it. You wilin for that one.

Love her, like I stan so hard for Misty!!!

I’m so proud of her! I love the ballet too! Would love to see her dance one day!