Carefree Black Girls: These Photos of Sasha Obama Hanging With Her Friends are Adorable 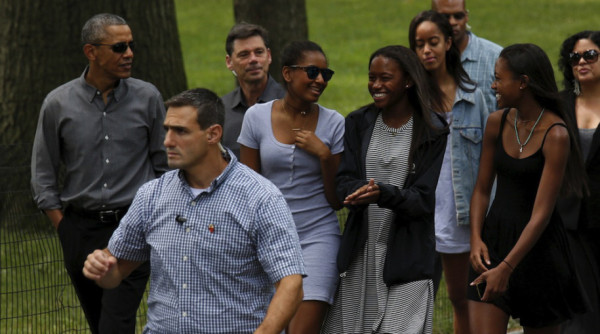 Last weekend Sasha, Malia and President Obama had a daddy-daughter outing in New York. The President took his girls to see Hamilton, a hip hop musical about the founding fathers, then on a walk through Central Park, dinner at an Italian restaurant and finally an after-hours tour of the Whitney Museum of American Art. The trip was President Obama’s idea;

“They’re hitting the age where they still love me, but they think I’m completely boring. And so they’ll come in, pat me on the head, talk to me for 10 minutes, and then they’re gone all weekend,” the president said in an interview last month. “They break my heart.”

Seeing the President dote on his beautiful daughters is absolutely adorable, but the images of Sasha Obama laughing with her friends were particularly significant to me. We don’t often see this image of black girls; happy, healthy, exploring the world while being loved on by a proud father. And this is not to say that this narrative does not exist for black girls. Just that it’s not as visible as I would like. So to see it at the highest level of American culture and society is a beautiful thing. 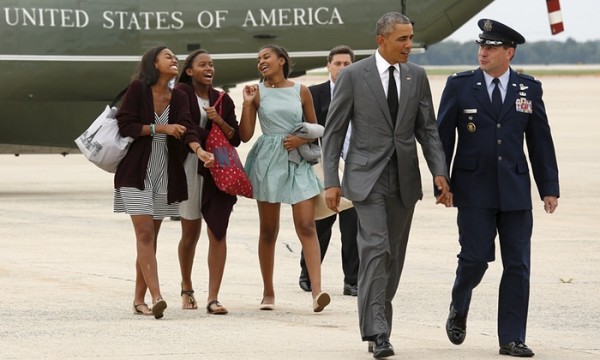 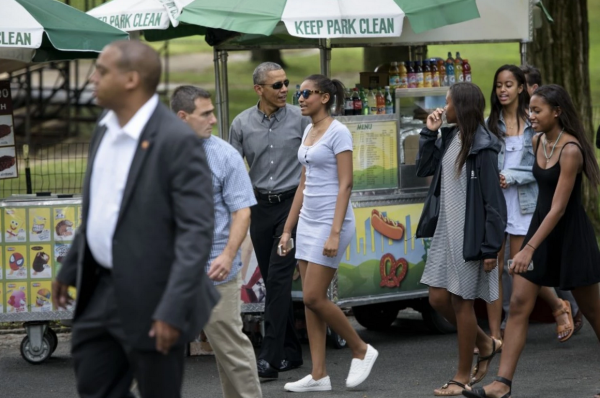 Ladies what do you think of these images?

I absolutely love these images. Especially, the second picture. The girls just seem happy and unbothered.

It’s so wonderful to see how seemingly happy and un-jaded these young women are despite all of the hatred spewed their way.

I absolutely love seeing our President with his family. They look like they are solid and have each other’s back. They are an inspiration and great role models of black love.

Honestly.… I LOVE that the friends are black as well!!! Lol

God I love looking at photos of the Obama family. Such an inspiring and beautiful family.

we need more lovely pictures like these in the world, in the media, places where little black girls and boys can see them.

I love seeing this! And just the fact that he wants to spend time with his daughters just touches my heart. We need more of that in our community