Nichelle Nichols, who played the groundbreaking Lt. Nyota Uhura in Star Trek series and films, suffered a mild stroke on Wednesday night. Luckily it wasn’t severe. A representative from the 82-year-old’s agency, Galactic Productions, provided an update on her condition to CNN.

“CAT scan came back negative, and we are awaiting the results from the MRI. Currently, she is awake, eating, in good spirits and able to have full conversations. Her right side has shown minor signs [of] mobility loss, but she is not showing any signs of paralysis.”

Nichelle Nichols was one of the first black women to play a non-stereotypical role on television. Her character is famously known for being a favorite of Martin Luther King Jr., who convinced her to stay on the program when she was considering leaving for Broadway;

“Do you not understand what God has given you? … You have the first important non-traditional role, non-stereotypical role. … You cannot abdicate your position. You are changing the minds of people across the world, because for the first time, through you, we see ourselves and what can be.”

We wish Nichols a speedy recover.

Nichols in her legendary role… 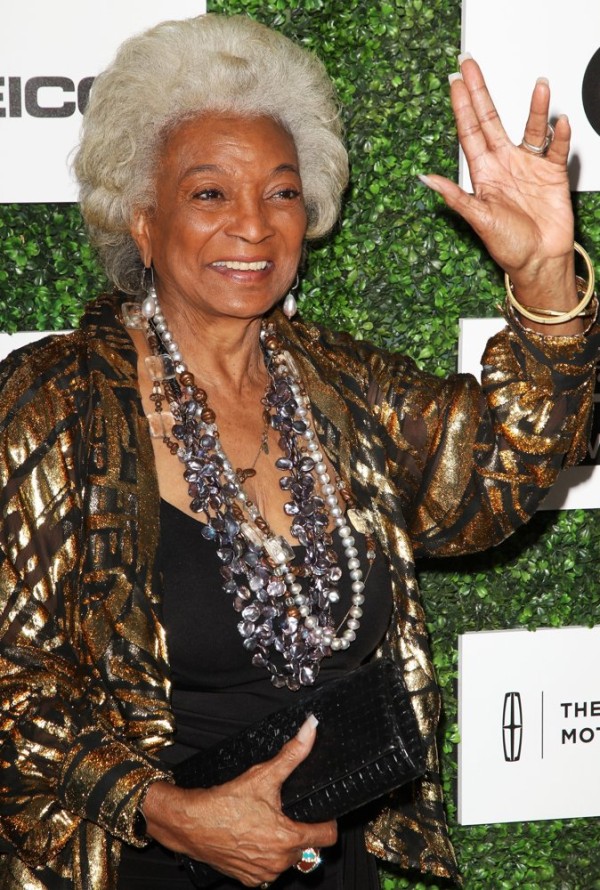 Oh wow, I’ll keep her in my prayers!