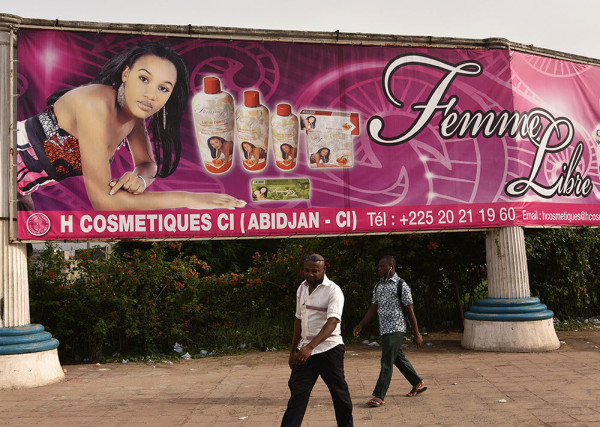 This past Wednesday, Ivory Coast officials announced the ban of skin whitening creams after concerns of long term health issues were raised. The ban specifies creams and lotions which contain mercury, hydroquinone (in 2% or more), cortisone or Vitamin A.

Christian Doudouko, a member of Ivory Coast’s pharmaceutical authority cited widespread concern over the use of skin whitening creams:

“The number of people with side effects caused by these medicines is really high.”

Skin cancer, hypertension, mercury poisoning and diabetes are just a few of the ailments that have been linked to long-term use of skin whitening creams.

The concept of skin whitening/bleaching is not new. It has grown increasingly popular especially in West Africa over the past decade. The World Health Organization reported 77% of women in Nigeria actively use skin bleaching products.

At the height of it all, musician Dencia debuted her new lighter self and controversial skin whitening cosmetic line Whitenicious. 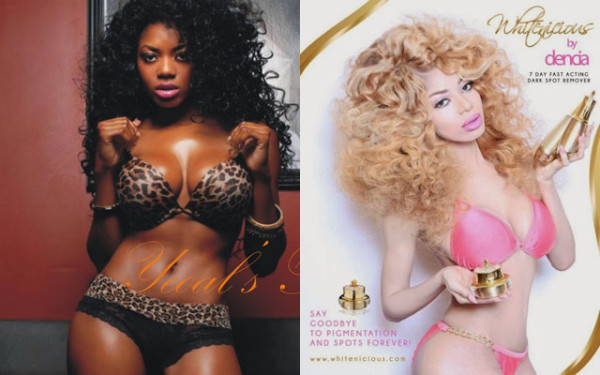 What do you think of the Ivory Coast ban decision? Should more be done to regulate these products in other parts of the world?

I think this is a step in the right direction. Just like here in the US, when a product is found to have a high incidence of serious health problems, it should be taken off the market. I don’t agree with whitening cream use from a cosmetic perspective, but it is also very dangerous from a health perspective. Kudos to the Ivory Cost.

I am so proud of my country! Here in Ivory coast, girls want to look like light skin girls they see in hip hop videos and movies plus this growing tendency for younger men to go for lighter skin women doesn’t help at all. This decision may help reign in the bleaching issue but smuggling of these lightening products will be another issue they will have to deal with.

Hydroquionine, an ingredient used in some cosmetics (for hyperpigmentation or age spots) can potentially cause cancer. For this reason (as well as other serious side effects), hydroquinone is banned in Japan, the European Union, and Australia. Hydroquinone is allowed in some cosmetics and is approved for use in the US by the FDA. Do your research on what you put on and in your body. Just because the FDA approves something does not mean it isn’t potentially harmful.

Oh my lord. She did that to herself on purpose? I think maybe she got a nose job too.

This is good. People need to deal with the color that God gave them. See the beauty in the perfect pigmentation that is their skin. So Either people will learn to love themselves or I guess there will be a lot of people relocating some where else.

I’m seeing more and more zombie looking men and women which is definitely down to skin bleaching. I’ve also heard of someone witnessing a mother using the cream on her child during a bus ride. It’s getting really bad with our sisters and brothers. It’s going to take a whole lot of education on self love in order to banish these thoughts that darker skin tones are less attractive. The proof is in the pudding with the before and after pictures of Dencia. She looks like a ghost in the after picture. We need to learn why we have dark… Read more »

You’re so right! And I hate that Dencia can’t se that she was way more beautiful in her natural skin tone. Her color used to be beautiful and her features were perfect for her NATURAL color. I can’t believe Black ppl are going through this in this day and age, and in the MOTHERLAND of all places!!! So disappointing…