It’s prom season and we at BGLH got a little sentimental. So we decided to share our throwback prom photos with you. Join us on this journey through time… 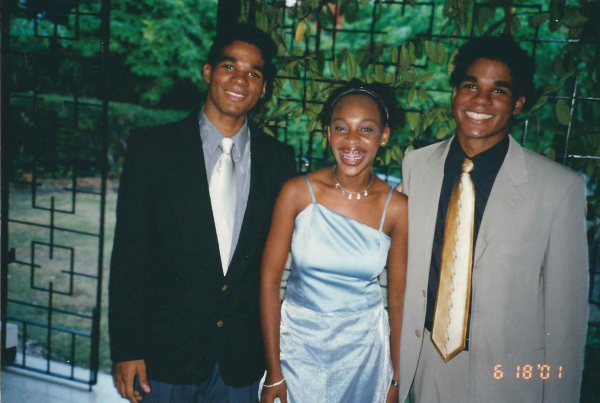 Wowwowwow. Let’s break this down.

So obviously I had the bands on my braces changed to silver to match my mermaid chic outft — which I designed myself. Yes, I told my mother I wanted to design my own prom dress, so she hired a seamstress to realize my vision. See that asymmetrical neckline? Yeh, I was edgy.

I had NEVER in my life put on makeup before prom. So the day before my mom took me to a mall to have my face done at the makeup counter. What you see here in this picture… is my very clownish attempt at recreating what the makeup lady did.

Now for the dates… You might look at this and think, “Oh Leila is such a baller! She had two prom dates!” Um, no. These are literally the only boys my very strict and very religious parents let me hang out with. Like, our parents had to meet before we could hang out. They were the only boys I knew personally, and since the three of us hung out together so much I decided to make my prom a group affair.

All in all the night was pretty fun. We had our prom at a swanky hotel in New Kingston and believe it or not, I *did* get compliments on my dress. And before you ask, yes I was secretly in love with both my dates and no, neither of them secretly loved me back, lol. But I am friends with them to this day which, according to the time stamp on this picture, is 14 years later (maaaan!)

Here is a more recent picture of me… I’m now a wife and mother and I still don’t really mess with makeup, lol! 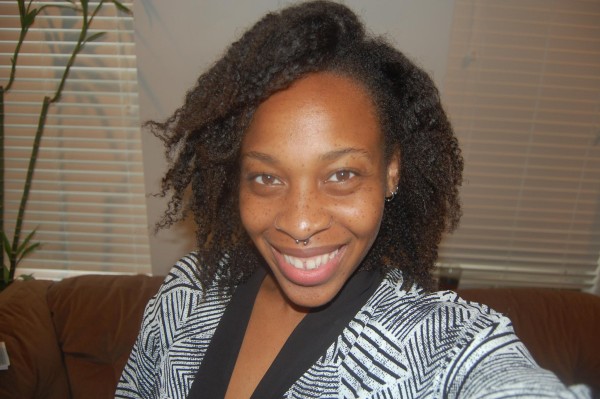 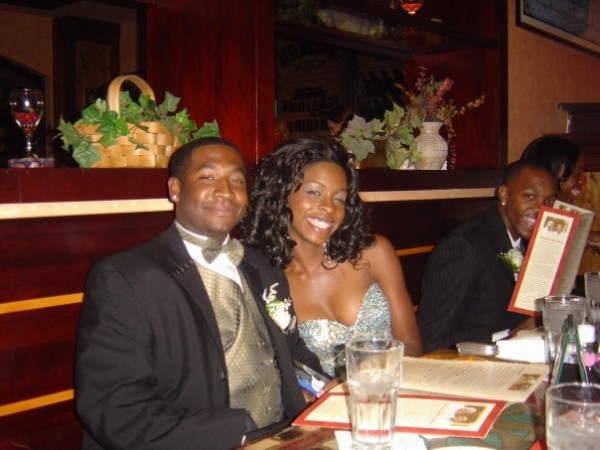 I was so pressed to get my prom looks down. I even had my orthodontist remove my braces early. I remember my dress was pretty costly and I told my folks I wanted to get a job at Hooters to pay for it… needless to say they intervened faster than I could even say “wings.” I later sold it on Craigslist. My make-up artist went out of town the day of my prom and I also had an atrocious water-wave weave that I think one of my homegirls might’ve sewn in for me. I do remember my leave-out was trifling as all hell. It rivaled Mama Dee on Love & Hip Hop Seasons 1–3.

I don’t remember much of prom outside of my best friend being asked to leave for “twerking” during Cash Money Millionaires- “Back that Thang Up.”

Funny fact: I hated lipstick around that time and thought it was for old ladies like my mom (LOL). Now I’m obsessed with the stuff. 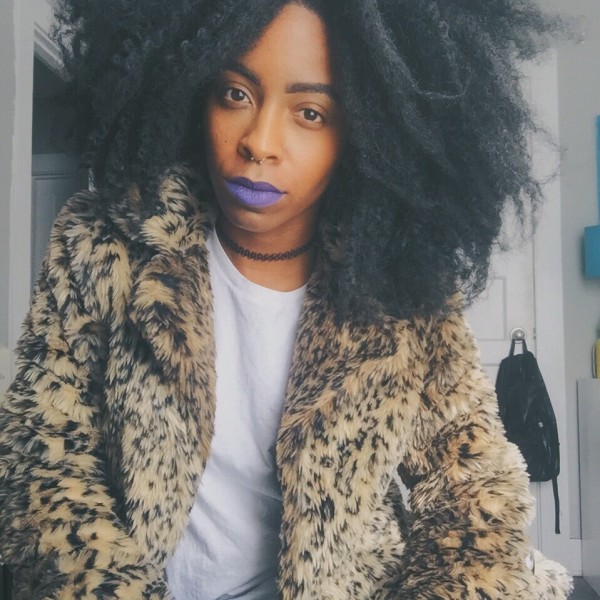 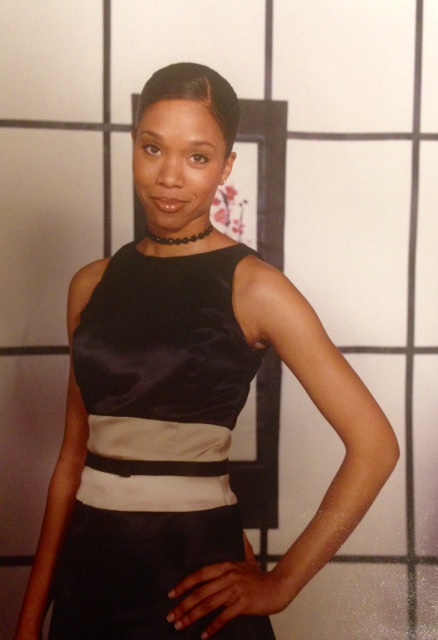 I went to private school so we didn’t have proms, we had formals. We couldn’t dance and our dresses had to be approved before we could wear them to the formal. For some reason I thought it would be cute to smile with my mouth closed in my 10th grade formal picture (I should have practiced!). The photographer didn’t tell me where to look, hence why I look crazy in this photo.

This is a picture of me going to someone else’s prom. Nothing crazy happened, except my dates relatives followed us to the prom venue and watched us through the window half the night. Yikes! Lol 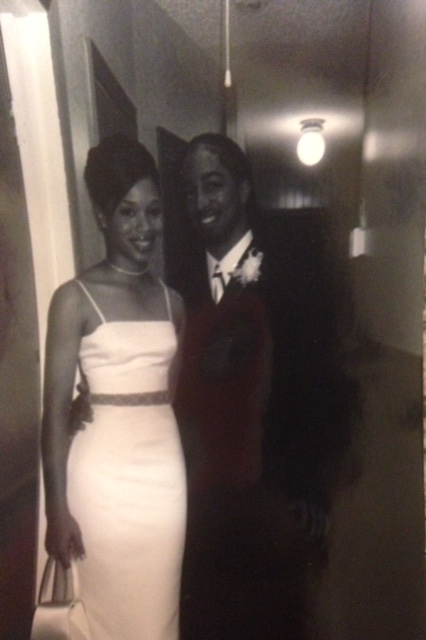 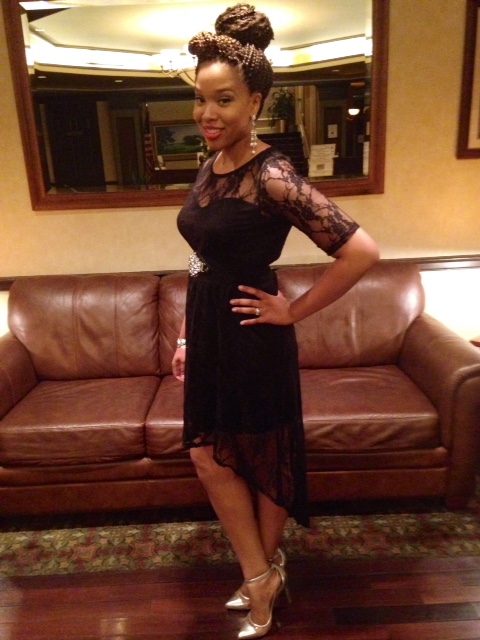 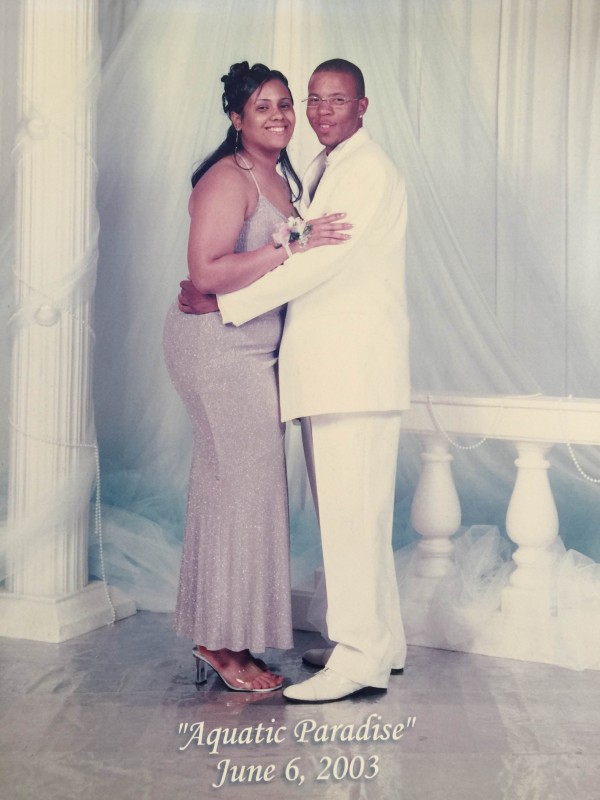 I honestly dreaded everything about prom. I wasn’t into dresses, or makeup, or heels. I only went because my family told me that I’d regret it forever if I didn’t go. I got my dress on clearance at Charlotte Rousse, for $40 or something like that. I wanted to get my hair done like normal (my usual flat iron with a bump on the ends and a side part), but the hairdresser insisted on something elaborate and special for prom. Needless to say, I wasn’t feeling her idea so we compromised on the half up-half down updo. I pretty much flat out refused to wear makeup, but my mom’s best friend convinced me to at least put on a little something.

By the time I put those awful clear heels on, I knew things could only go downhill from there. I’ve always been a person who prefers comfort, so being in a dress and heels all night was tantamount to torture. What made matters worse is because the heels were plastic, my feet kept sweating and sliding.

Is it bad to say that I pretty much just waited to take my pictures (for my parents) so I could leave? I hung out with with my friends for sure, which was cool. But really, I just wanted my Jordans and some jeans. 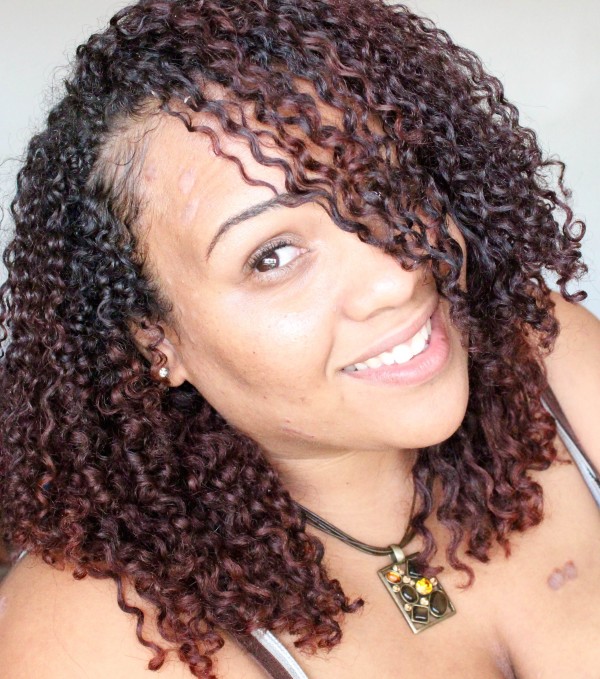 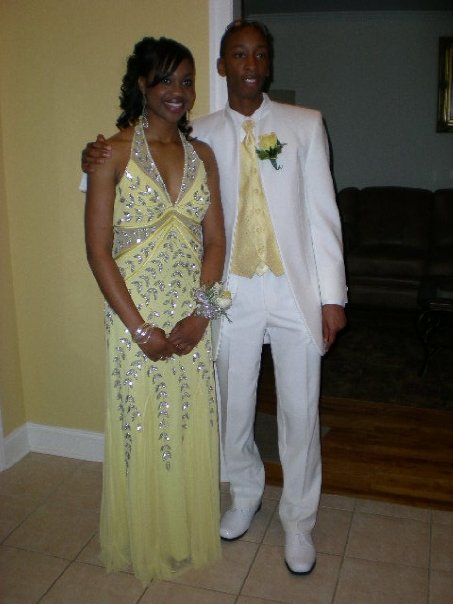 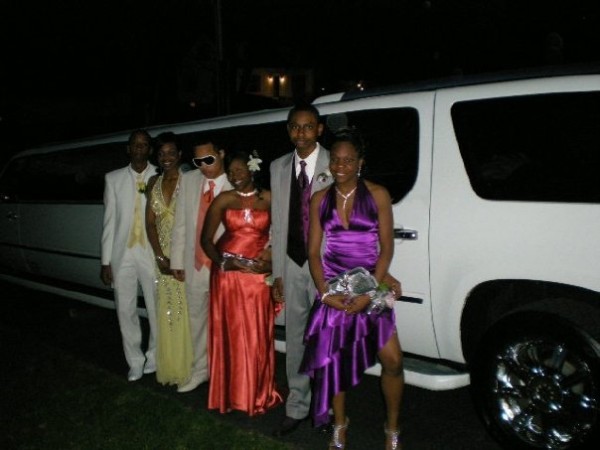 Oh lord. For me, senior prom was the MOST anticipated event of high school, especially because I wasn’t allowed to go my junior year even though a senior asked me — my strict Nigerian parents were NOT about their daughter going to an event with an older man-child. When senior year came around, I luckily had a boyfriend so didn’t have to worry about being asked, but we didn’t go to the same school so I was a bit nervous about that. I went to a mostly white high school, so myself and a few of the other black attendees met at my house for some photos by our white stretch Navigator limo, which I promise at the time was the flyest way to arrive! My prom hairdo was a simple curly half-up, half-down style, but I had some tracks glued in to give some extra volume to my then relaxed hair. It was only my second time having weave in my hair (the first had been for senior pictures), so I was worried the tracks would fall out! I’m pretty sure 2008 was the first year it became a thing to have mesh insets on dresses, so at least I was a fashion trendsetter! I don’t remember prom itself, and I sure as heck didn’t do anything after prom since I had a midnight curfew. This other photo was taken last year with my current man, and I’m wearing the Fingercomber Kinky Kurl Out unit. 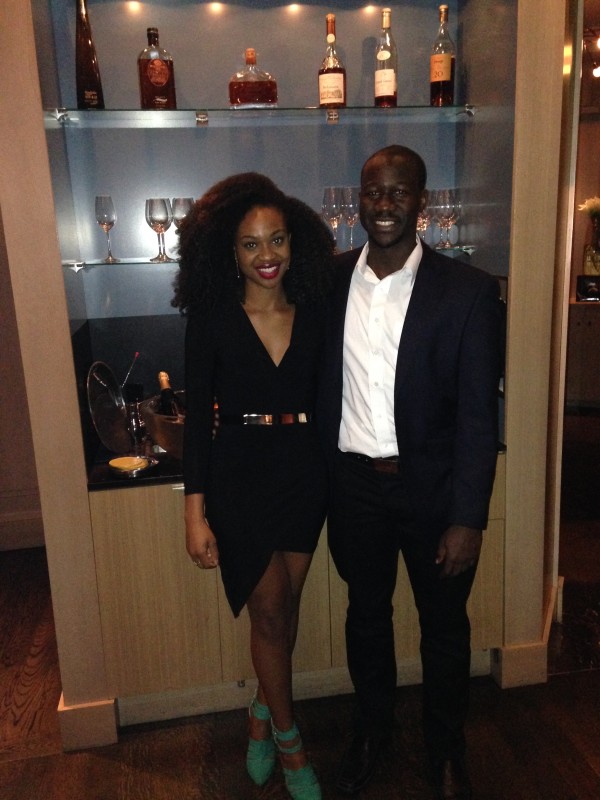 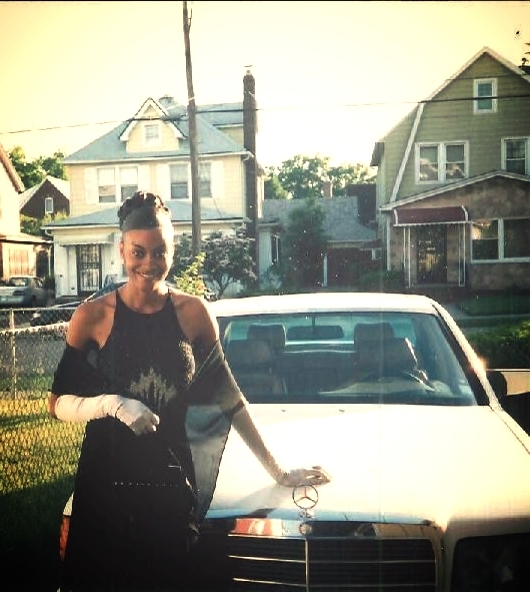 Martin Van Buren High School’s 2001 prom theme was “Time of Our Lives” and it certainly lived up to the name. Picture this: early June 2001 and perfect weather.  I had my hair styled earlier that day, gelled within an inch of its life with pinned curls in a bun and, honey, you couldn’t tell me a thing! I was so excited that I was ready at least 45 minutes before my date and our group of friends was scheduled to arrive. This photo was taken at my parents’ home moments before the limo arrived.

Prom itself was a blur. First, the limo came about an hour late, because at every home where there was a scheduled pick up everyone got out to take photos. Moreover, my neighbors, little old ladies included, came outside to take photos. It was the first time many of us had ever been in a limo, let alone a stretch SUV, so we had to savor the moment.

We made it in time to prom to enjoy a little dancing but the real fun came later that night during after prom. Now, just before we departed for the after prom party, which was being held on a party ship somewhere near Manhattan, we realized the payment for the limo was short. Awkward! I even had a picture a while ago of the girls and guys handing over various quantities of cash to the limo driver. It’s kind of cringeworthy to consider as an adult, but also funny considering that we were only teenagers. During the after prom party I think we truly got to have fun since we were less concerned with photography and more focused on dancing, eating and having a good time.

I arrived home some time around 5 am and thought I was doing my parents a favor by quietly going to bed. My mother didn’t hear me come in and was quite worried.  When she learned I had been home all along she gave me an earful.  I was somewhere between sleep and delirium so I honestly can’t say I heard what she said. Besides, I was 3 months from going away to college so in my mind I was “grown”. 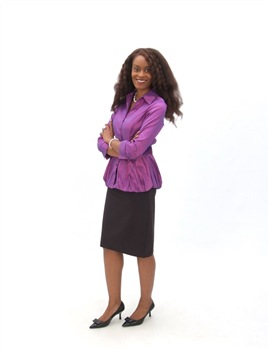 Whew, my prom was something special.… So special that my sister has sworn she will take no parts in my wedding besides showing up. I got my nails, lashes, and eyebrows done the day befor. The lash lady decided she would *upgrade* me for free without my knowledge from shorts to longs. I was upset because I knew I was wearing a blue leopard print dress and feared I would look like a drag queen. The next day I went to get my hair done. Me and my niece prom was the same day and we used the same stylist.… Read more »

I also went to prom in 2008! My dress was orange and my hair was an elaborate sculptured updo that I would never in a million years wear again. Oh well, good times those were!

Portia that 10th grade formal picture is so beautiful!

I loved reading all the prom stories! And Leila, both of your dates were HOT! I can only imagine how they look now as grown men. 😉