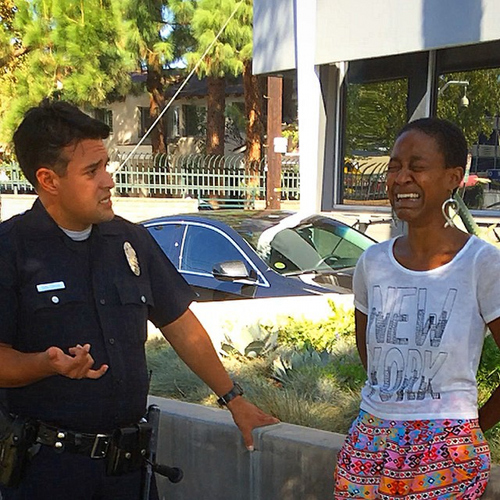 You may recall the huge mess that was made last September by “Django Unchained” actress Daniele Watts.

Watts and her boyfriend, Brian Lucas were reportedly engaging in lewd acts outside of CBS Studios in Studio City, CA in the plain sight of onlookers who asked them to stop before calling the police.

The couple denied any lewd acts (even though questionable photos surfaced later. Shoutout to TMZ) but further went on a media campaign that cried racial discrimination. Watts cited that she was arrested and called a prostitute in a Facebook post by the LAPD. 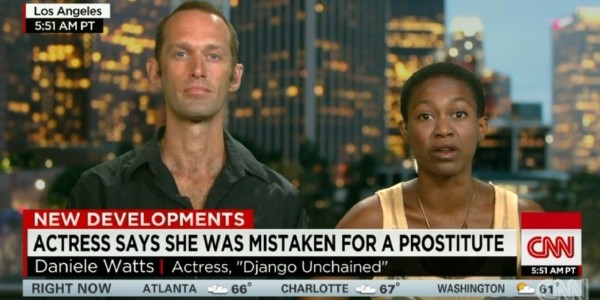 Given the tense climate of police race relations around that time, folks were ready to rally behind Watts and her boyfriend. That was until audio surfaced further negating Watts claims.

Watts and her boyfriend, Brian were then charged with lewd conduct. Now it has come out the actress and boyfriend have accepted a plea deal that drops their lewd conduct charge in exchange for an apology to the Los Angeles Police Department and officer involved. 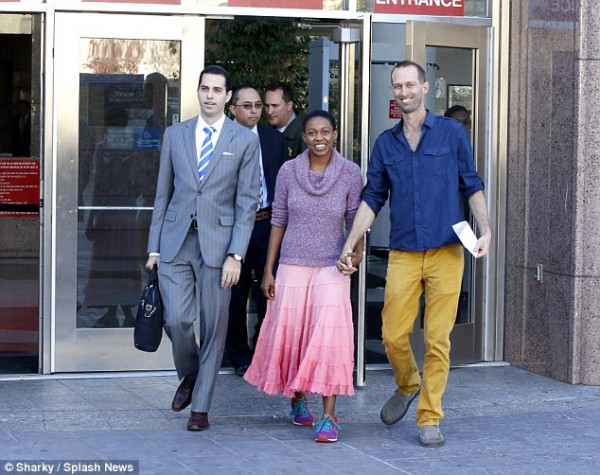 Given the state of everything happening with police and people of color, what are your thoughts on the matter? Share in the comments below.

Well it is what it is, but let that be a lesson to everyone that love is a great thing, but not everyone wants to see your PDA. My question is did the police call her a prostitute and if so did they apologies? because I would be wound tight too if someone called me that and I am not in that profession not even a little bit. People have got to stop using the race card every time they experience a little discomfort or if they are reprimanded for something. There truly is some unfair racism out there we… Read more »

That’s the outfit she wore to a court of law? Girl…what is going on?

My thoughts are that its hard enough without people crying wolf. She lied and played the race card in a day when there is real racism happening but being questioned and downplayed. I lost quite a bit of respect for her!

This girl is just ridiculous! I can’t believe she called her “Daddy” and expected the police to talk to him like she’s a minor. I also can’t believe how annoying and whiny her voice is. Just ugh!

Honestly, her behaviour was disgraceful. She’s making us look bad.

No, she’s making HERSELF look bad. I don’t know this woman, and you probably don’t either.

Unfortunately Jacky is right. It doesn’t take much for some (many) non-black people to tar all black people with the same brush. Their tolerance is a very thin veneer covering an any-excuse-to-point-the-finger attitude at blacks. Sad but true. I’ve experience that enough times to testify to it.

What I don’t understand is why didn’t they just “Do whatever” in the privacy of their home instead of putting it out on front street?