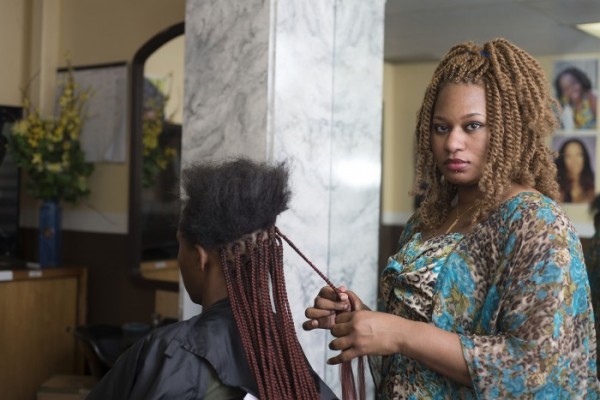 Salamata Sylla, owner of Sally’s African Hair Braiding in Kent, WA (pictured above) had been fighting the state to maintain her braiding business for the past two year. State inspectors almost closed down Sylla’s salon due to an assumption that chemicals were used to weave in extensions and thus needed a license to operate. Sylla took her case to federal court which resulted in a concrete change by the state’s Department of Licensing.

The Washington Department of Licensing made the following adjustments to their rules on natural hair braiding:

This adjustment allowed Sylla and many other braiding stylists like her to return to work without fear of being shut down.

A similar legislation was also passed through the Texas House of Representatives which no longer requires African hair braiders to attain a license to teach or practice hair braiding. Texas stylist, Isis Brantley had been fighting for the state for 20 years to strike down the licensing requirement. Brantley did however receive her license after taking hundreds of hours of classes; none of which covered the technique of hair braiding.

What do you think about the cosmetology licensing requirements? Should there be a separate license (if any) required for hair braiders?

Yes, I believe that braiders should still have some sort of license because I along with the rest of us on this site have seen too many people suffer from scalp and hair damage due to unhealthy braiders..that’s just my 2 cents on the matter.

I’m glad they don’t need licensing from the state board. I know they can braid/twist tight, however, as a client I can license that by telling them stop its to tight, take it out start over. I have had my hair burned out by those who had a license. I have also seen license salons dirty, I walk out of those too.

I think there should be a basic test or a supervisory board for hair salons but having to pay for taking classes that have nothing to do with hair braiding seems unfair.It is a public service so hair braiding combs need to be sanitized and scalp infections like lice need to be prevented. It’s a good idea to go to these salons with your own tail comb for parting your hair. I personally have been able to braid hair since I was twelve years old. I have also been told by my friends and family that they don’t feel my… Read more »

Braiders and hair weavers need to be trained on how to perform these techniques without causing so much tension on the scalp. They also should train their clients on how to properly care for the hair. There could be some type of abbreviated cosmetology certification that addresses these issues.

Too many of women (not all) wear these styles without ever taking a break in between because they get addicted to the look of having so much more lush long hair than they actually have. Now they have abused what hair they have.

I do not agree that the Cosmetology license should be nixed altogether. Forgive me, but it sounds like these stylists are just being plain lazy and cheap. There are more things to consider when dealing with people/patrons hair and scalps besides chemical treatments. Cosmetology theory training explains abnormal conditions of the scalp and how to treat those conditions, or refer clients to a professional (such as a dermatologist) for treatment, or medication. (FYI) The synthetic and or “human” hair that the stylist uses for braiding is in fact chemically treated and can cause an allergic reaction in some people, though… Read more »

I feel fairly confident in saying that the push to have traditional braiders licensed has been led by black stylists and black salon owners. They have an economic incentive to “level the playing field”. The truth of the matter is if a braider is just braiding hair, they really don’t need a license. If they are shampooing or applying things like henna and indigo, that’s another matter.

For sanitation purposes, salons should be and ARE state licensed; braiders should not be confined under the auspices of a state license to practice their skill. One of the commenters mentioned shampooing and henna-ing hair is one reason braiders should be licensed. I think not –shampooing and henna-ing hair is not rocket science: it’s a task everyone who has an interest in haircare knows how to do. Besides, schools do not teach anything about natural henna, they teach ‘never use henna’, because they only know about the processed henna; and they definitely don’t teach the proper way to shampoo Black hair… Read more »

I think a lot of people are missing the fact that schools do not teach hair braiding, and most schools do not teach about hair extensions.. so why pay thousands of dollars to be licensed for something that you are not using?. It’s a total waste of money and time. I went to cosmetology school, but my love is doing natural styles and hair extensions, neither of which I learned about in school. Maybe if we had more black owned, black run schools that included teaching about natural hair care and styling then I would co sign natural stylist being… Read more »

Real talk. There needs to be standards maintained for hair braiders, through a national license that can be accommodated at the state level, done through an online school. Reason being: there are sometimes unsanitary conditions and damaging habits in some braiding salons. I’ve seen it first hand, and it hurts the reputation of hair braiders. We need a middle ground because customers who get their hair braided deserve quality too!

Occupational practitioners, often through professional associations, use
the power of concentrated interests to lobby state legislators for
protection from competition though licensing laws. Such
anti-competitive motives are typically masked by appeals to protecting
public health and safety, no matter how facially absurd. For example,
the 2011 legislative session in North Carolina saw efforts to license
music therapists. The enabling legislation’s introduction stated: “The
North Carolina Music Therapy Practice Act is established to safeguard
the public health, safety, and welfare…”

in short it’s a good thing. Licenses are rackets.