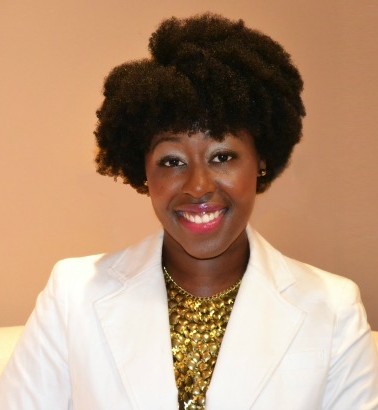 Many naturals complain about not having access to the raw ingredients that help their hair and skin to thrive. Yve-Car Momperousse was one of them, until she decided to do something about it. The Haitian-American Rutgers University graduate noticed the castor oil available in her area of the States was mostly from China and India and often contained hexane, bleach and other additives. She asked her mother to send her castor oil direct from Haiti, and that’s when the idea for Kreyol Essence was born.

In addition to selling pure Haitian black castor oil, Kreyol Essence has a full line of castor-oil based hair and body products, and Momperousse oversees the entire creation process — from the planting of the castor beans to cooking the oil;

When we first started off, it didn’t even dawn on me that what I was actually building was an international business. And coming to Haiti and making sure that I understood the process of actually creating the oil. Which means that I had to be willing to go up and down mountains. I had to be willing to sit there with the local women and understand how to make the oil, how long to grill it, all the details/cultural nuances. When doing business in the country, there was definitely a learning curve around it.

Incredible! Kreyol Essence is set to hire 400 Haitians within the next two years, and the company also has a positive impact on Haiti’s environment, which suffers from heavy deforestation.

Haiti only has one percent of its tree covered lash. What that means is that you’ll hear a lot of people dying of mudslides. You will hear that farmers are not able to cultivate crop which they need in order to eat and live and to help provide material in the country. By us planting castor beans in Haiti, we’re helping with some of those environmental issues like soil erosion, deforestation, and greenhouse gas emissions and all of the things that we talk about in the States when it comes to global warming.

Another impact is the economic development. We are slated to create 400 jobs in the next two years right here in Haiti. Most of those who work for us, not only will they have employment, but when we think about the farmers that we will employ, they will make three to five times more than what they’ve made in the past because of our structure.

…And then lastly, economic development from the standpoint of exporting. Part of how a country runs and is able to have money in their system is based on their GDP (gross domestic product). Part of that comes from exporting. Haiti does not have a large export business, so by us exporting our product that’s huge. It also adds to country branding because unfortunately, when people think of Haiti, they think about the earthquakes, they think about poverty, they think about all of the negative. I think when you see our marketing and you see our products, people are surprised and they say, “I didn’t know that this type of richness and beauty exist in Haiti.” We have to start changing the images that are portrayed for the country so that people can come visit and enjoy and see what we have to offer.

You can check out Momperousse’s full interview with MadameNoire.com here.

Outstanding! God bless this woman for being creative and helping Haiti stand out in a positive light.

Sounds amazing, congrats to her!

I’d love to know how she’s protecting workers against ricin poisoning, which extraction method is used (whether done with chemicals or not), if the packaging is dark glass or plastic and if she owns majority stake in this company.

I stopped using many plant oils and hair care products due to these issues, but would run to support a value-oriented Black-owned company especially one helping Haiti.

Well good for her! I wish her all the best in her business.

A million kudos to Ms. Momperousse!! Not only will she help Haitians economically and provide good products. She’ll also inspire other black entrepreneurs.

Wow! This is incredible and very inspiring. Infinite success to you Ms. Momperousse in all your endeavors.

Im loving this black entrepreneur. I will check out her products.

What a wonderful story! Very happy for her and Haiti.

Amazing story! I will def support!

And it works! Kreyol Essense is a part of my staple.