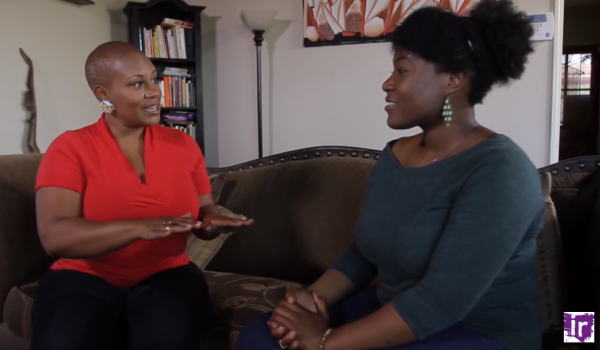 “I need to start over,” declares Apryl, the 27-year-old woman featured in a video message to natural hair celebrity stylist, Felicia Leatherwood. In the first episode of Head Cases, Felicia sits down with Apryl and asks about her hair woes before doing something many of us have only dreamed about. She then proceeds to go through Apryl’s arsenal of hair care products and assess her hair care routine. 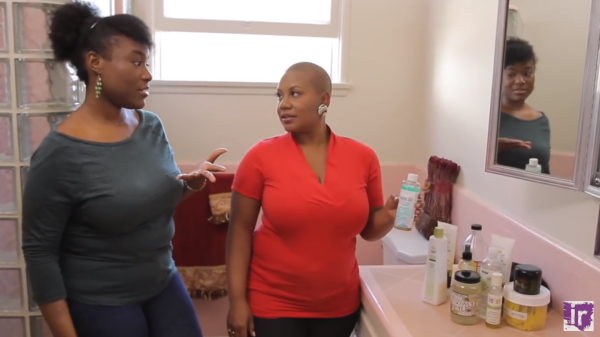 Leatherwood then outlines what works and what may not be effective, then styles Apryl’s hair, revealing that soft, moisturized hair isn’t an unattainable goal after all. 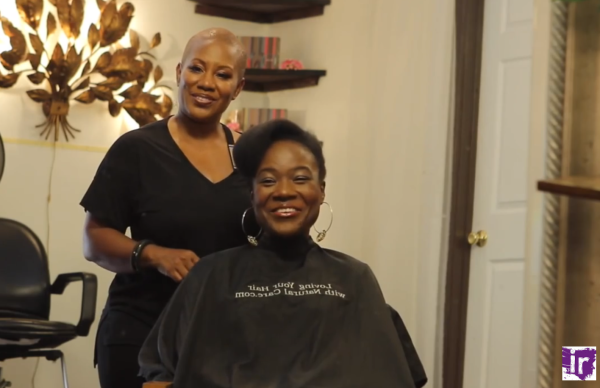 However, Apryl’s hair isn’t the only thing that changes during the episode. Initially distressed, she is now more confident in her appearance and feels more secure in her own skin. Throughout each of episode of Head Cases, an underlying, deeper issue is addressed, many of which, women have expressed on this very blog, such as a family members’ or significant others’ reaction to natural hair. Leatherwood states at the conclusion of the first episode that our feelings of insecurity surrounding natural hair are often “deeper than hair”.

To learn more about the motivation for this groundbreaking web series, I contacted both Felicia Leatherwood and the show’s producer, Issa Rae of The Misadventures of Awkward Black Girl, who graciously agreed to share their views on the show’s creation and subsequent reception.

How and why did you decide to pursue a series focused on the hair experiences of women of color?
I: Hair is such a huge part of my life, and of the black female experience, and it took me so long to appreciate my hair in its natural state. While I love it now, if I had seen a show like this when I was in middle school or in high school, my hair journey would have been so much smoother! I decided to pursue the series after Felicia presented it to me, casually, while doing my hair. I’ve always wanted to do a hair centered show, but didn’t want it to be a typical vlog/tutorial series. When Felicia showed me her first episode, it was a no-brainer. I just love her approach and think she’s such a genius when it comes to natural hair care, it seemed like a natural partnership.

Is there a key commonality across the women you’ve advised regarding hair care?
F: There’s a broader issue happening with women of color that goes way past their hair. A lot of the issues are about self-esteem and love and people saying things to them that were NOT always positive. Women have told me that they were spoken to badly because of their skin tone or their kinky hair, or because of sometimes being the darker one in the family or the one who had the tightest curls and they were treated differently. So as I have traveled to do natural hair education talks all over the world, the women share stories with me that are sometimes heartbreaking about the mistreatment they have experienced and that’s when I realized that it’s deeper than the hair and so Head Cases was born as a result of that. Head Cases sole purpose is to make sure that women don’t feel alone in their quest to understand their hair and themselves. We want to inspire and provide knowledge of natural hair and self-love.

What do you find to be most rewarding about guiding women as they seek to improve their approach to hair care?
F: What is most rewarding to me is when I get feedback from the women about what they have learned from me or what they received from watching Head Cases. Taking the time out as a professional to meet with them, to talk to them, to educate, they feel a sense of pride…They feel like they’re not alone or by themselves on the journey and mostly they are appreciative of someone taking a more personal approach to the conversation of natural hair is reassuring.

Thus far, what has been the reception to Head Cases?
I: The reception has been amazing so far. Women really seem to appreciate Felicia’s approach and her advice.
F: The response has been amazing and we are looking forward to more women getting the help they need by watching the show. We receive lots of emails everyday about how to be a Head Cases on the show, so that just shows us, we have much more work to do!

Head Cases, isn’t your average Youtube hair care tutorial channel. Sure, you will learn valuable tips about hair care but you will also learn about the issues underlying one’s view of their natural hair. You may even see yourselves in the women featured, and for that this show appears to accomplish what it set out to do: broaden awareness about an issue that so deeply impacts women of color, while broadening the community from which those very same women can derive encouragement and support.

Have you been watching the new series? What do you think?

Please do locks too

I know when Iam amongst my own kind I become insecure of my frizz… But around others I don’t even notice my frizz.

I love this show.