Because you liked our last 5 Uniquely Beautiful Styles Around Africa, we decided to give you more beautiful looks from around the continent. 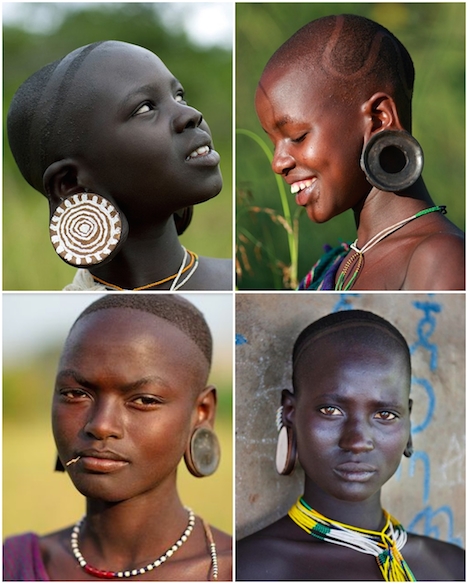 The Surma (which consists of the Suri/Shuri, Mursi, and Me’en) reside largely in southwestern Ethiopia and South Sudan.  The close-shaved hair designs of the women are breathtakingly beautiful. 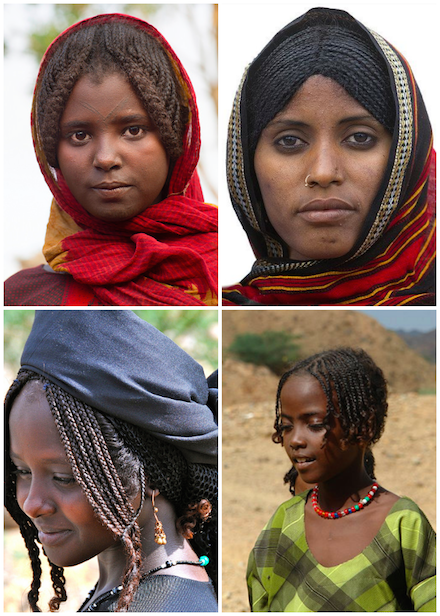 The Afar primarily live in Ethiopia but some reside in Eritrea and Djibouti as well.  The above photos showcase the tiny flat braids and cornrows worn by the women and girls. 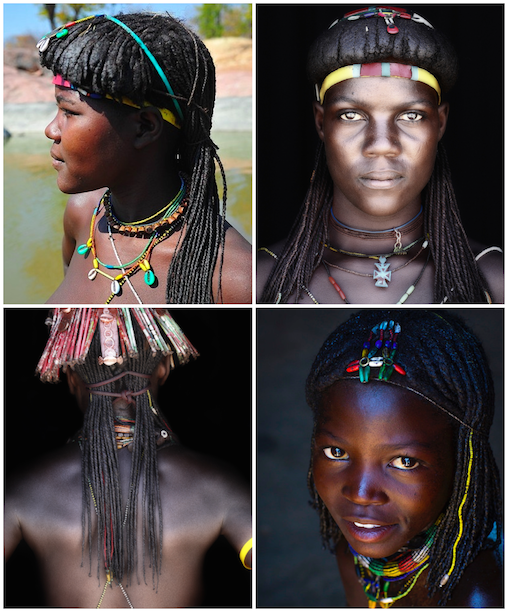 The Mucawana (or Muhacaona) reside in southern Angola and Namibia. The hairstyles of the women and girls mainly consist of small or micro twists decorated with beads and, sometimes, a headdress. According to photographer Mario Gerth, this headdress, called the kapapo, is made of buttons, shells, and other waste materials.

4. Long Ochre Twists and Braids of the Himba (Namibia) 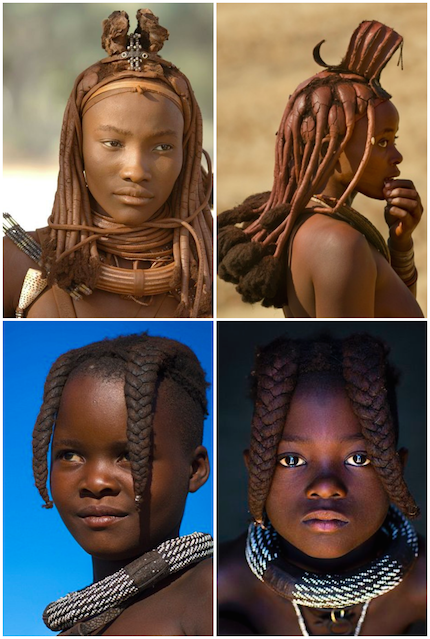 The Himba live primarily in northern Namibia and southern Angola.  The women wear long twists wrapped in ojitze while the young girls wear two large braids down their faces.  Photographer Jimmy Nelson shares more details about the women’s hairstyle in “Before They Pass Away”:

“… looks are vital to the Himba. It tells everything about one’s place within the group and phase of life. The characteristic ‘look’ of the Himba comes from intricate hairstyles, traditional clothing, personal adornments in the form of jewellery and the use of a mixture of goat fat, herbs and red ochre. This paste, known as otjize, is not only rubbed on the skin, but also into hair and on traditional clothing.

There has been much speculation about the origins of this practice, with some claiming it is to protect their skin from the sun or repel insects. But the Himba say it is an aesthetic consideration, a sort of traditional make-up that women apply every morning when they wake.”

Photographer Eric Lafforgue shares this about the Himba girls:

“Himba hairstyles are really meaningful … Pre-pubescent girls wear 2 plaits in front of their faces. Replacing them with many strands hanging all over the head, means the girl is in her puberty period. A girl with long tied back braids is considered ready for marriage. Once married, an « erembe » (a piece of goat leather) is tied to the top of her head.”

5. Simple Twists of the Karrayyu (Ethiopia) 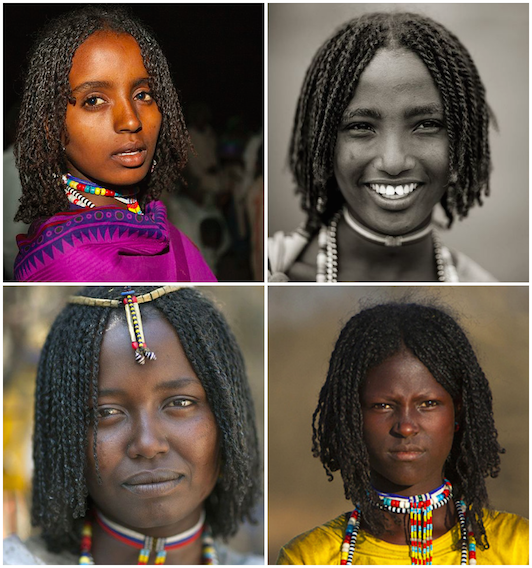 Finally, there is the Karrayyu, who live in the Awash Valley of Ethiopia.  Many of the women wear a simple (and beautiful) style that is very recognizable to most naturals — small twists!

What do you think of these styles?  Share below!

Love it, however this is the 2nd one I have seen & I think the demographic seems rather particular. I would like to see some from my country or the western areas

There were some from the west and central Africa (the Taureg and the Fulani) in the first post.

Also, I had considered including the coral beads of Nigeria (picture attached), but I have other plans for it.

The clay/ mud style takes some getting used to

Every women shown in this article looks absolutely stunning. #blackisbeautiful

Those mini twists though. hair n‑v

I hope this is a recurring post on BGLH. Would love to see more African hairstyles. Very nice!!

The Himba women are beautiful.