Many naturals know Nigerian author Chimamanda Ngozi Adichie for her 2013 novel Americanah, and being featured on Beyonce’s song Flawless. Now the popular (and natural!) Nigerian author has been recognized by the Simpsons.

In the episode ‘Princess Guide’, a Nigerian princess named Kemi (voiced by Yaya DaCosta) is in Springfield while her father negotiates a uranium deal with Mr Burns. Moe falls in love with her and although she doesn’t feel the same way, she gives him four novels as appreciation for his kindness. One is Adichie’s 2009 book, The Thing Around Your Neck. 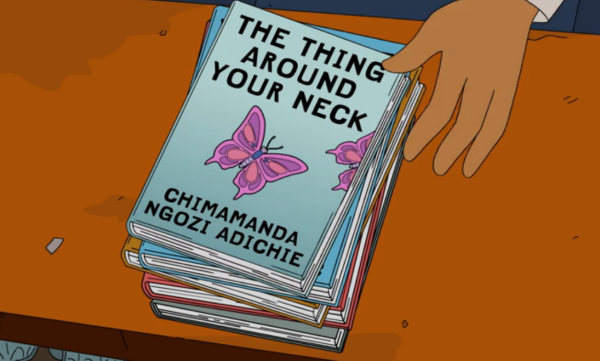 The subtle shout out caught the attention of quite a few Adichie fans. We’re also loving the natural ‘do on the Princess Kemi character. 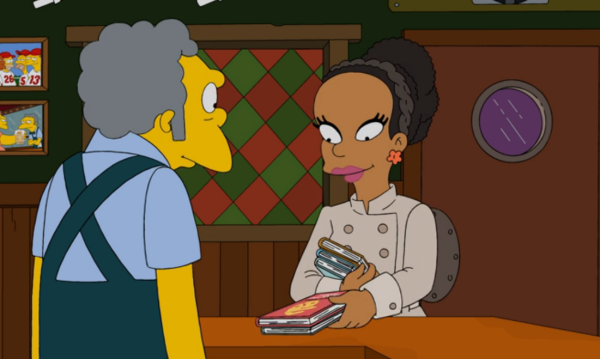 Check out the full episode below:

Any Simpsons fans here? Did you catch the shout out? 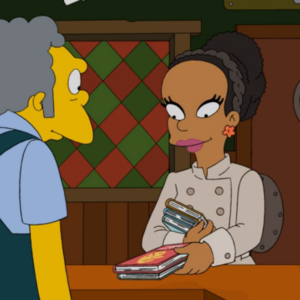 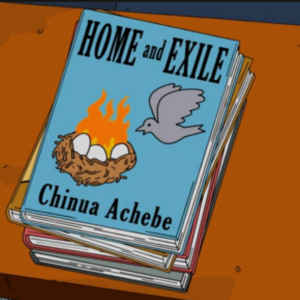 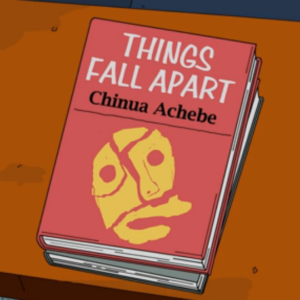 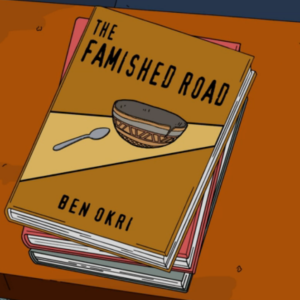 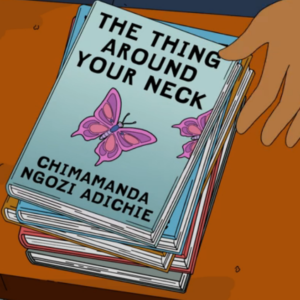 I havent watched The Simpsons in a long while.

It looks like the episode isn’t available online anymore. I love the Simpsons and I can’t believe that I missed it.

Physically she is a beautiful woman and I’ve read a few of her novels. That’s all I’m going to say.

One does not simply ignore genius because of disliking their way of thinking. I love this woman for standing up for herself and saying what she really thinks. However you might be free to ignore her but at the expense to miss out on great lectures. I myself did not like the ending of the book but I had to live with it!

may
Reply to  @May

I didn’t say I would ignore her. I just won’t be supporting her anymore. That doesn’t stop me from reading a found copy, checking out a book from a library or using their ebook system. I don’t agree with plenty of other writers that I think have some half-baked ideology. Doesn’t mean that there is no value in what they are creating. Genius? I think you’re very partial. I’d like to think I’m being a bit more critical.

honest question, why won’t you be supporting her? Is there some controversy surrounding her?

like Mr. Flanders, or the guy that endorses the beer company.… or better yet, SKINNAAA! …

I think the ending of Americanah was unexpected and not the cookie cutter happy ending where the man does the right thing per say I do feel that art imitates life and she’s exhibiting the reality of what happens in society no matter how much it hurts ones feelings or violates your values. oh year and I’m super excited to see Nigeria get represented 🙂

Hadassah! I saw your hair pics and I drooled. Seriously! You fine well well, my sista. You use native shea butter, right? I’ll make my mum find some in Abuja and bring it here. What other native products do you use?

She is certainly a prolific writer but Americanah struck a sour note for me. I won’t be supporting her future books. Kudos to the Simpsons for writing this storyline and featuring a natural woman. The Simpsons is shown all over the world so it is not insignificant when this happens. Hopefully this will pique some interest in the other author’s books that were featured.

lis
Reply to  may