Now that the Grammys are over, avid award show watchers can go back to having Sunday evenings all to themselves, for deep conditioning, twisting or doing nothing at all to their natural hair. The awards ceremonies that took place this weekend, had some big winners for black female artists and we also saw more diversity in natural hairstyles on the red carpet. Here are our favorite ones to inspire you for your next formal events. 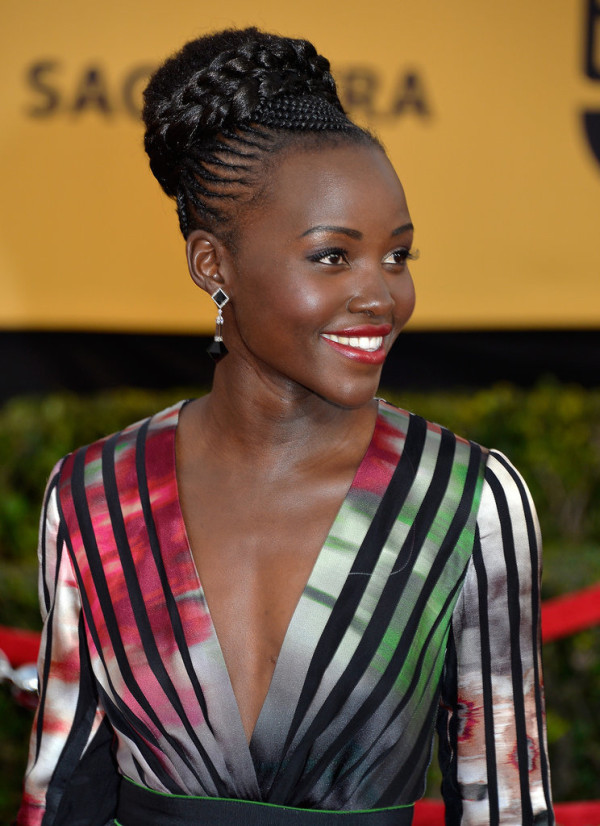 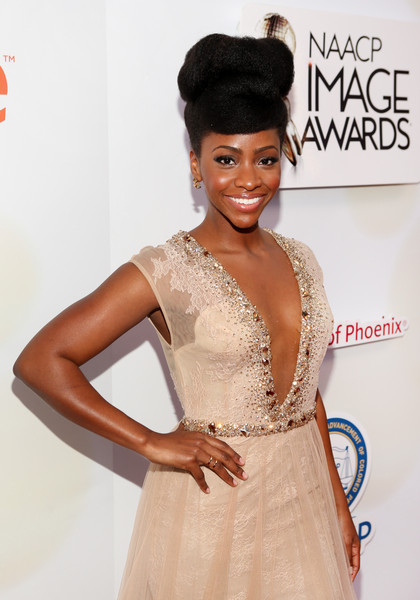 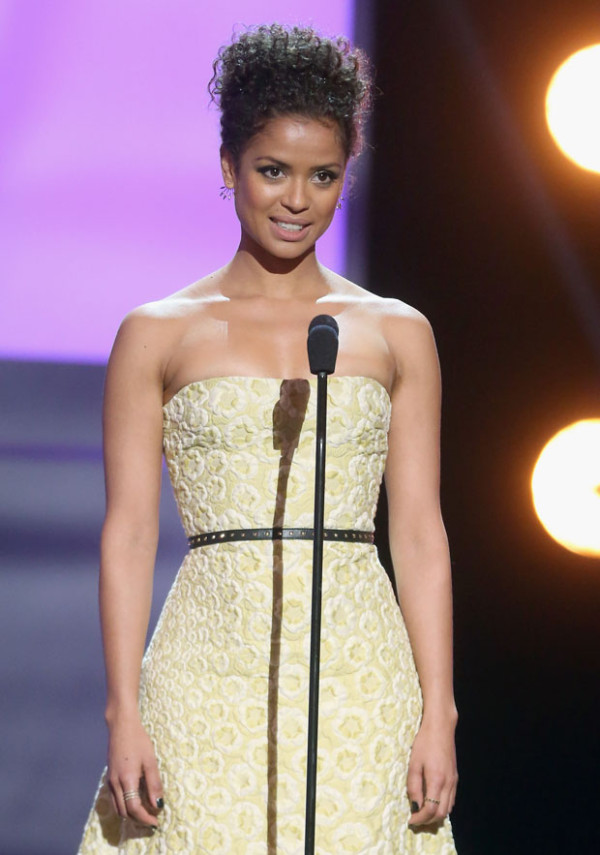 In keeping with the formalwear tradition of updos, some of our favorite natural hair celebrities stunned the red carpets in simple and intricate updos. Lupita took our breath away with her cornrows and jumbo braided bun at the SAG awards. Teyonah Parris showed off her texture in her voluminous criss cross updo at the NAACP image awards and Gugu Mbatha-Raw kept it simple with her natural messy bun at the same event. 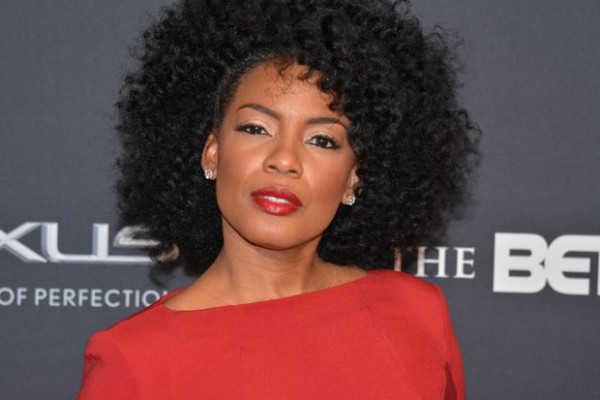 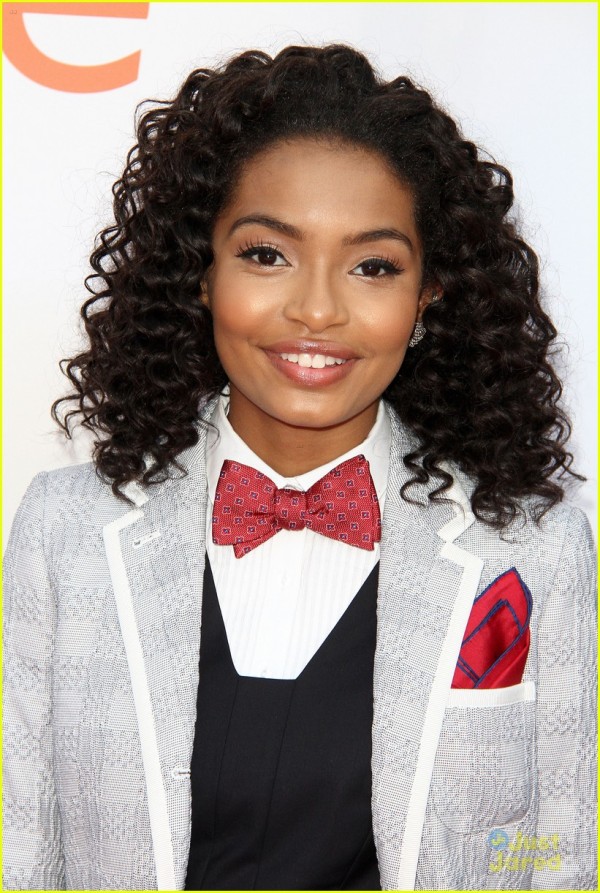 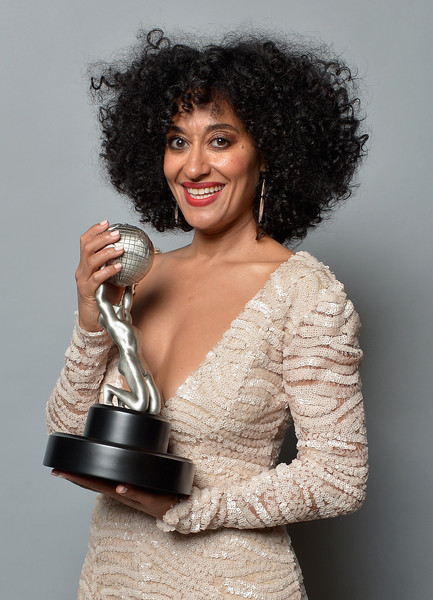 While some stars wanted their hair up and out of the way, others opted for big, volumious hairstyles. Aunjanue Ellis rocked a large textured look (perhaps achieved with rods) at the BET Honors, while on-screen mother daughter pair Tracee Ellis Ross and Yara Shahidi both wore their hair in voluminous curls at the NAACP Image Awards. 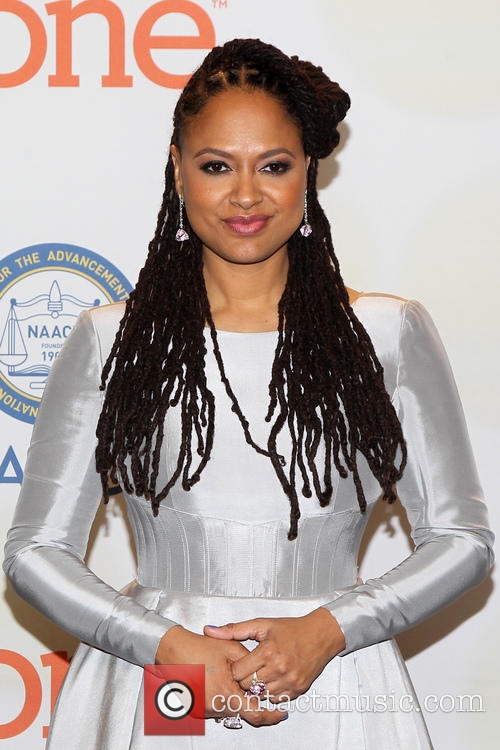 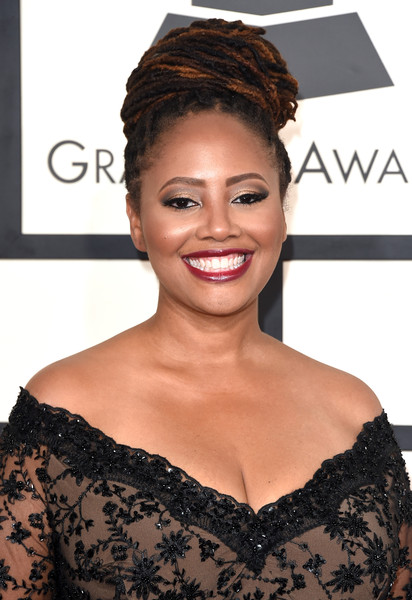 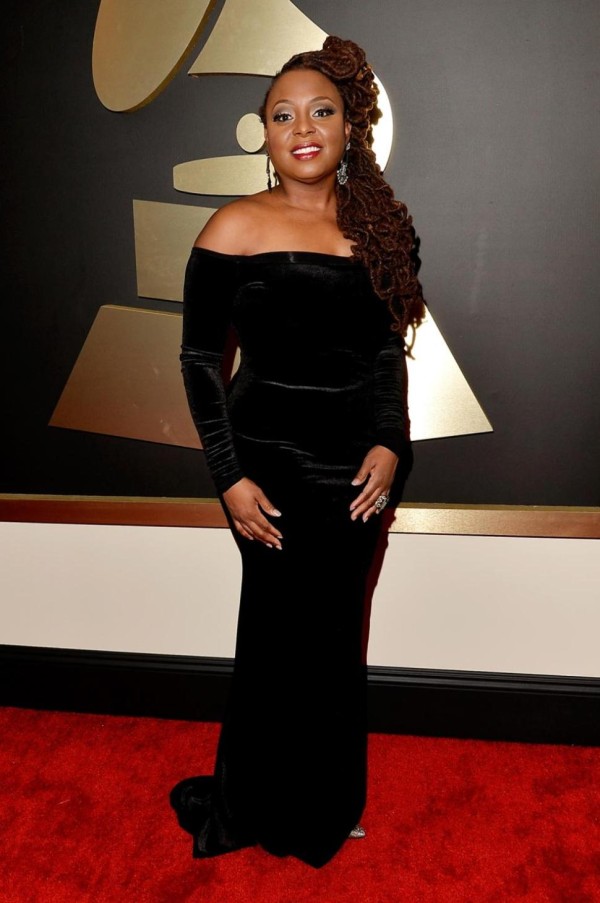 Representing for the versatility of locs, Ava Duvernay accepted Selma’s NAACP award with a half updo style. Lalah Hathaway piled her locs into a loose bun for the Grammys, while Ledisi went for a more dramatic look with curled locs cascading over one shoulder. 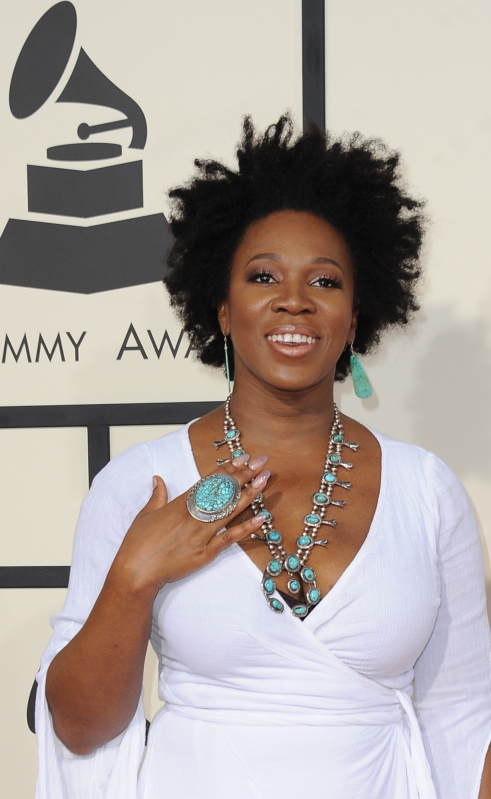 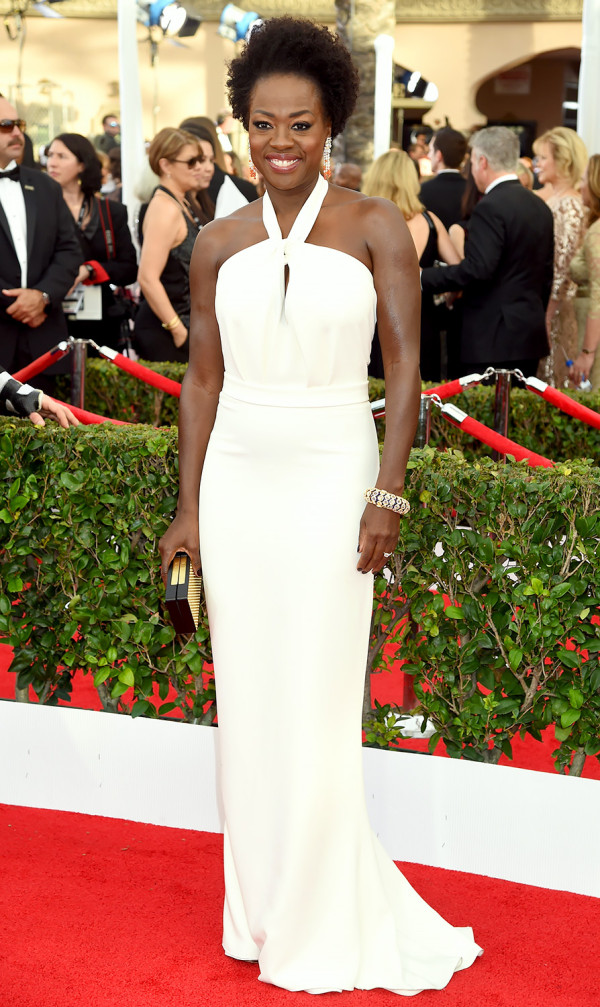 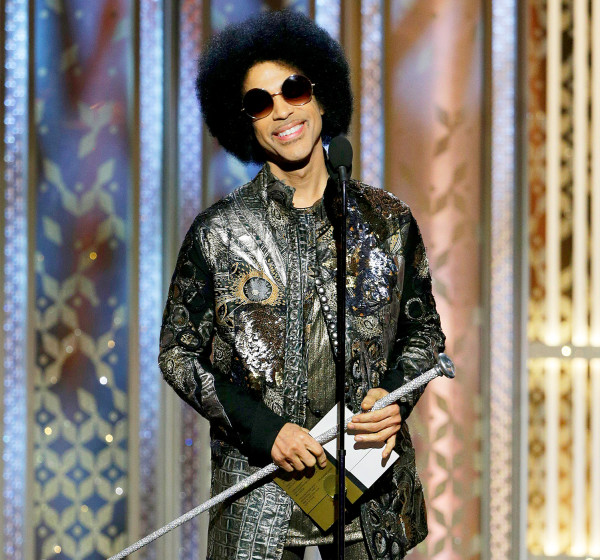 Rather than fuss with bobby pins or rollers, some stars decided to wear their hair in simple, kinky afros that perfectly complemented their looks. India Arie’s twistout fro at the Grammys went perfectly with her simple white dress and colorful accessories. Viola Davis’ SAG Awards afro was classically beautiful, and Prince’s straight from the 70s fro at both the Grammys and Golden Globes still has us talking.

Which celebrity natural hairstyles were your favorite from this awards season? What kind of styles do you wear for formal occasions? 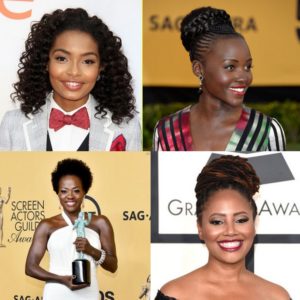 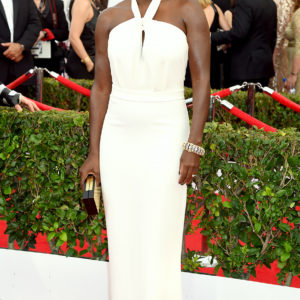 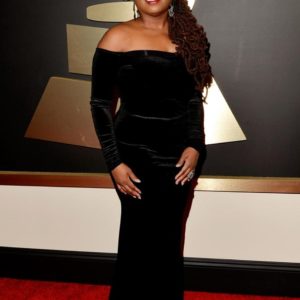 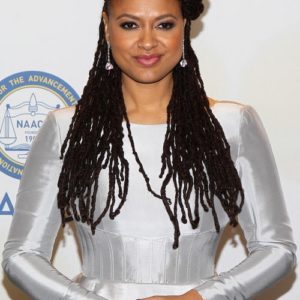 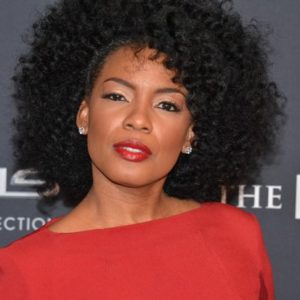 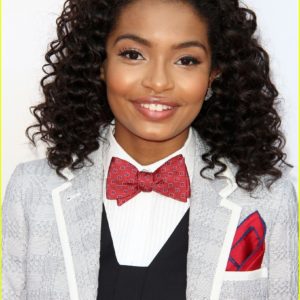 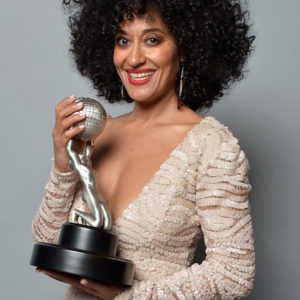 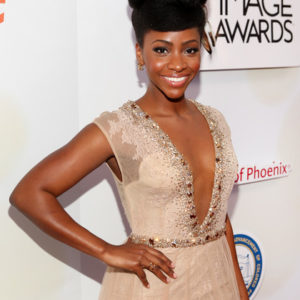 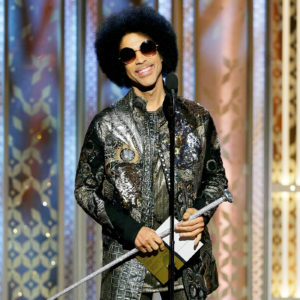 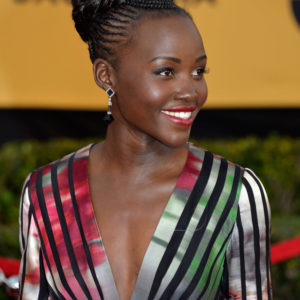 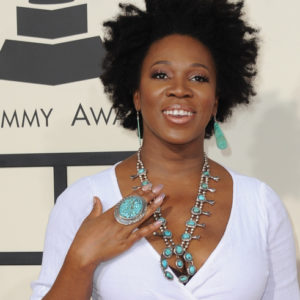 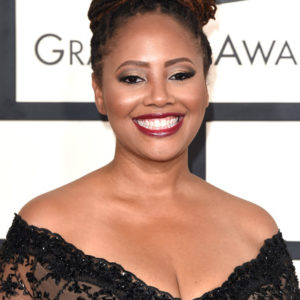 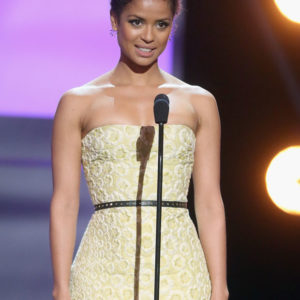 Nothing wrong with not liking them, they don’t have to be amazing, blow your mind styles, I’m just happy to SEE black men and women sporting their natural hair on the red carpet.

There’s still this pervasive idea that formal = straightened hair, especially when it’s natural. And these individuals are showcasing more natural black beauty in industries that are vehemently pro-white/anti-black in so many ways.

Yeah, I included that mainly because Prince was in the post.

Completely agree with you. Just seems like the celebrities haven’t really caught on or not really doing their homework.

I understand, but is that really a fair comparison? I mean, for many of the most popular Youtubers, their hair is 100% their job. The way I see it, I’m glad that natural hair is being looked at as something increasingly normal. I’m glad that there’s less pressure for natural hair to be a 100% knockout all the time to everybody, that there’s something between ‘absolutely stunning representation of natural hair’ and ‘complete unprofessional disaster that should never see the light of day’.

Yasss I am lovin Prince’s fro.

I just have to say…Prince is the only man on earth who can rock an afro, a pimp cane, a sequins suit looking like a strobe light, and platform heels, and still somehow manage to be the sexiest man alive.

Lupita!!! Her hair is cute here, but I love her signature short afro. Every time I see her, I want to grab some scissors and chop all of my hair off. She is so gorgeous!

LOL! I completely agree and don’t forget his mascara! A sexy man with makeup! Too Funnee!! #LovePrince

Yesss! Prince could still get it! Lol

I like this round-up of award show looks. It’s really nice to see all of the hairstyles grouped together. This would be an awesome annual list.

I don’t watch award shows, so I can only judge by these photos.
Lupita always has the best dress, hair, makeup… Everything. X‑D

I love all of the hairstyles here!! 🙂 🙂 For formal occasions, I love rod sets.

Whether we love or hate the styles I have to say that it makes me happy to see celebrities embracing their natural hair for formal functions like this. It’s helping to knock down those stereotypes that all of us are trying to do on a daily basis.

I for one loved India’s hair the best because it’s 4b/c like mine and it’s nice to see our texture (without a lot of obvious manipulation) being represented as fashionable too!

Okay, I was debating with myself if I was going to comment. In the if you don’t have anything nice to say spirit, but I’ve instead decided to throw caution to the wind.

Well, I really dislike India’s fro. It looks like a fluffed out 2 month old wash “n” go on type 4 hair. I say this because my hair is looking like that right now, and I just took out 4 month old Havana twists. I just can’t imagine how else anyone could achieve this slightly dreaded slightly an afro style.

Some people’s hair (especially type 4b/4c) looks like that in fresh twist out form. On this of all sites a simple fro should not elicit this response

Hmm, I disagree. We are all entitled to our opinions and I’ve seen harsher responses to someone’s personal style on this site before. You don’t have to like what I said, but to imply that it was inappropriate is an over reaction. Stating you disagree, and that you like the style is fair game. Implying that only positive reactions to posts on this site is unfair.

Observation: Sometimes it is wise for us to hold on a little tighter to that caution…

Hmm.… I understand that while it is not my cup of tea, some might like/love it. Didn’t feel like biting my thumb when others dont. So I typed what I felt in the nicest way I could.

I think India’s afro looks great. There is absolutely nothing wrong with her hair. It is obviously styled and I think it compliments her very well.

Okay, not my cup of tea for the reasons I stated above. I figured some people would like it.

I love the no-fuss look of all of them And Lupita looks like an African princess. <3

Everyone in the natural hair community should love each of these styles!! The most important point here is that these celebrities wore their natural, kinky, afro textured hair on the red carpet and didn’t give 2 flying fricks about what mainstream America thought about it. Personally I think they look beautiful and India’s afro is all that! The beauty of natural hair is that it does not have to be perfectly coiffed and shaped with no hairs out of place. You let it do what it’s going to do!!! If you find yourself getting caught up on natural hair not… Read more »

All amazing! So glad to see curs and coils on the red carpet. Love it. 🙂

it is so obvious where we originally come from. these women look like queens. it may not be easy, but I love being a black women. we are the most beautiful and exotic. who else looks like us ? every other group of people look at least a liiitttle alike (lighter skin, straight hair) we are the true exotic beauty. and they know it. yes, yes. they know it …

I really luv India’s and Viola’s!!