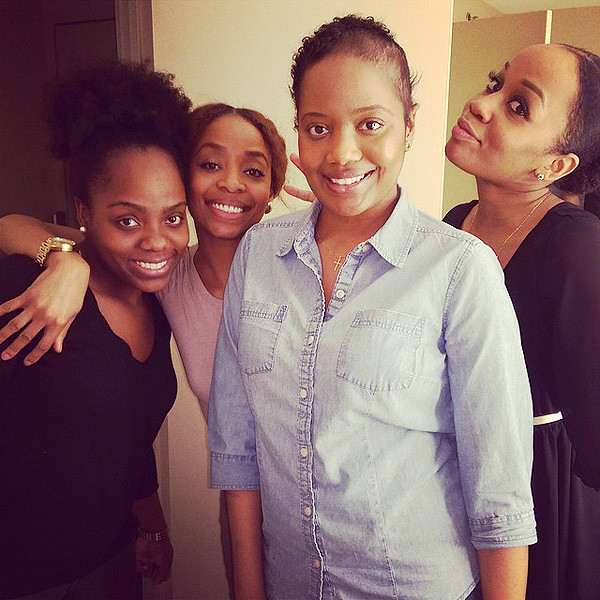 Last July, we learned that popular natural hair blogger, Tameka “Meechy” Monroe was diagnosed with brain cancer. The news shocked the natual hair community, but Meechy handled the diagnosis with grace and strength, keeping fans updated on her road to recovery via her blog. The efforts were so recognized that People Magazine caught wind of her journey! The feature covers the timeline from Meechy’s discovery of her illness to the present, referencing the overwhelming support the Monroe family received including $60,000 towards medical expenses. Check out these clips from the feature;

How Meechy discovered she had brain cancer

Then, one day last April, shortly before her 29th birthday, Monroe looked in the mirror and noticed one side of her face was drooping. She was also having trouble with her speech. A trip to the doctor revealed that she had suffered three strokes.

Even worse news came when doctors discovered during exploratory surgery that Monroe had a tumor – called a sarcoma – that rarely forms in the brain.

“It came as horrible news to my family,” Monroe says. “I was calm, but worried. These thoughts kept going through my head: ‘Will I make it? I have to keep faith!’ ”

In June, Monroe underwent a three-hour surgery at Advocate Christ Medical Center in Oak Lawn, Illinois, to have the tumor removed from the left side of her brain.

The surgery was successful in removing about 95 percent of the tumor. Chemotherapy and radiation, says Monroe, have shrunk the rest to the point that “it seems to be non-existent.”

While the cancer’s rarity makes a clear prognosis difficult, Monroe’s doctors are optimistic. “She’s doing remarkably well,” Schaffer says. “She’s an amazing woman, as beautiful on the inside as on the outside.”

After several months of physical, speech and occupational therapy to recover from the strokes, Monroe still speaks slowly and at times struggles for words. But she’s determined to make a full recovery.

On the support she’s received

When Monroe posted photos showing herself bald and with a 40-pound weight gain from her treatments, her fans rallied to hold fundraisers on her behalf: They raised nearly $60,000 to help pay medical bills for Monroe, who doesn’t have health insurance.

“I lost all my hair, I had the worst year of my life, but you know what? I’m still the same person, still the same soul,” she says. “I’ve learned not to take my health for granted and to live in the moment. I’m grateful for every second of living on this earth.”

Praise God!!!! Nothing else needs to be said.

The grace of god is so powerful!!!!

God bless her! Still praying for her continued recovery

I’m so thankful God moved on her behalf! My lesson learned: Live your life to the fullest! So many going through it; we all can and will in some way. But live NOW

Best news of the day. I’m praying for you MEECHY!!

See what God can do? Still praying for you!

This story truly touched my heart and really hit home for me. I lost my mother to ovarian cancer years ago. It’s such a deadly disease. However, I’m glad to see she survived and back on the path of returning to her life. I wish her all the best.

God bless her. Continuing to pray for her and her family.

At 28 she had three strokes. I’m very happy that she has recovered and continues to improve. It just makes you marvel at the human body. She’s so young and overcame such an out of the blue, really frightening and unpredictable diagnosis. Even being healthy it’s uncertain what your body will do.

What an awesome God we serve! we will keep praying for you!

Talk about strength!!!! Won’t HE do it?!?! Yes Lord!! I’m happy she is recovering and I am amazed and impressed by her courage.

The power of community action, faith and sisterhood cannot be denied. This is an amazing story!