InStyle Magazine Accused of ‘Whitewashing’ Kerry Washington on Its Cover

Since her starring role in the hit show Scandal, Kerry Washington has become a pop culture icon. Her face is everywhere, so it surprised some fans to see her face looking very different on the cover of InStyle magazine. 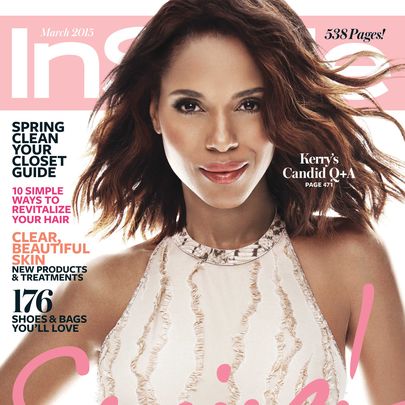 By comparison, here is Kerry a few days ago at a Scandal inspired launch party for The Limited. 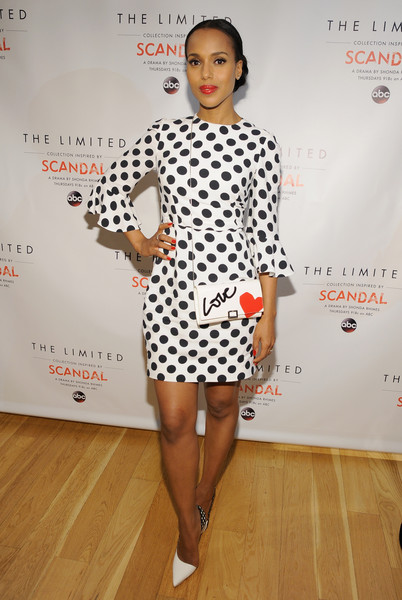 While some fans didn’t see the big deal, others took to Twitter to express their displeasure;

What did In Style Magazine do to my Kerry Washington?!!! The picture doesn’t even look like her #whitewashing #Instylemagazinecovers

@InStyleMagazine What the HELL! — Is that supposed 2 b @kerrywashington? So photo shopping is changing your race! #whitewashing #scandal

Magazines are often criticized for what is perceived as ‘Europanizing’ the look of the women of color they feature. One of the most controversial examples of this was Elle Magazine in 2011. The magazine took heat for lightening the skin of Indian model Aishwarya Rai. 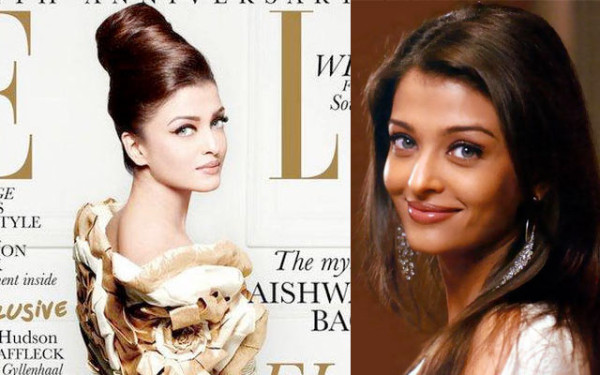 As for InStyle magazine, they released the following statement;

“While we did not digitally lighten Kerry’s skin tone, our cover lighting has likely contributed to this concern. We understand that this has resulted in disappointment and hurt. We are listening, and the feedback has been valuable. We are committed to ensuring that this experience has a positive influence on the ways in which we present all women going forward.”

Kerry Washington, aware of the controversy, praised the magazine for its response. She wrote on her Twitter account;

Beautiful statement. Thank u 4 opening this convo. Its an important 1 that needs to be had

No worse than the mess (in my opinion) she made of her face with plastic surgery.

They used studio lighting behind her as well as above her (and to the side), so I believe that is what contributed to her appearance on the cover.

Judging from the second photo, there was far less bright and harsh lighting directly on the subject at the scandal party.

I used to wonder why my skin looked so glowing in makeup stores, dull and gray in convenience store bathroom mirrors, and average in my bathroom mirror. Then I would take selfies in the sunlight, selfies at sunset, selfies indoors under a desk lamp…

I don’t know about whitewashing, but until I read the text, I though I was looking at Sanaa Lathan. Did they airbrush her signature smile lines away? Her bone structure and nose look so different in the cover. I fee like Ava-joe. I keep staring and can’t recognize Kerry at all.

I am not very chocked by the cover…I mean Kerry has naturally a light complexion so with some special effect/photoshop (I believe average like other stars would get) it seems “normal” she appears like this. But if we talk generally about how europeanized some stars from the Afro community look..I’d say…they probably approve the picture that will make the cover after a shooting so they delibera&tely decide to appear like this…they are responsible for it…We should not attack the magazines but the stars who accept this “game”.

Actually not all stars are given the option of “approving” covers before they go in print. A couple of very famous White stars have spoken out about being made to look Barbie-doll like on magazine covers.

Now, back to things related to me being a Black Girl with Long Hair…

Looks like the after effects of studio lighting, not excessive Photoshopping. Lighting changes your contours (Thank you, Art Education!)

It hardly looks like her, but with the amount of Photoshopping these days, I’m not surprised.

It looks more like Halle Berry and Sanaa Lathan fused together.
I don’t think they lightened her skin. It probably has to do with the lighting they shot her in. But they did overdo it on the photoshop, lol.

I wouldn’t have known that it was her on the cover if this article didn’t state that it was her. I’ve stared at the cover multiple times and I still don’t recognize her, although I recognize her in the picture below it( in this article ). I’m not so concerned with the lightening, if it was lightened. I’m more concerned with the photoshopping of her image, so much that it doesn’t look like her anymore.

It’s not that serious.…everyone gets photo shopped and re touched these days. I’m just happy she’s on the cover.…50 years ago she wouldn’t have even been on a page in the magazine period. She is not unrecognizable.…that’s a stretch.anyone with a brain can see that that’s Kerry.…I will be getting this edition…I’ve bought magazines just because she was featured in them…no matter how hard anyone tries to alter her.…we all know she’s an African-American woman!!!!

Rou
Reply to  me

I couldn’t tell it was her, until the title of this article told me it was Kerry. The pic does not look like her at all!