Box Braids, Kinky Twists and Other Styles You Can Do With Crochet Braids

Right now, crochet braids are what’s hot amongst the natural hair community. It’s truly exciting to see professional stylists and some at home stylists, take this style and put their twist on it. We’ve seen crochet braids with waves, afro hair, cork screw curls, and even bone straight hair.

Some styles are so realistic looking that you may have to do a double take. However there are some crochet braid styles that are just as beautiful as what’s popular right now, but offer a unique spin. Take a look at these unique tutorials. 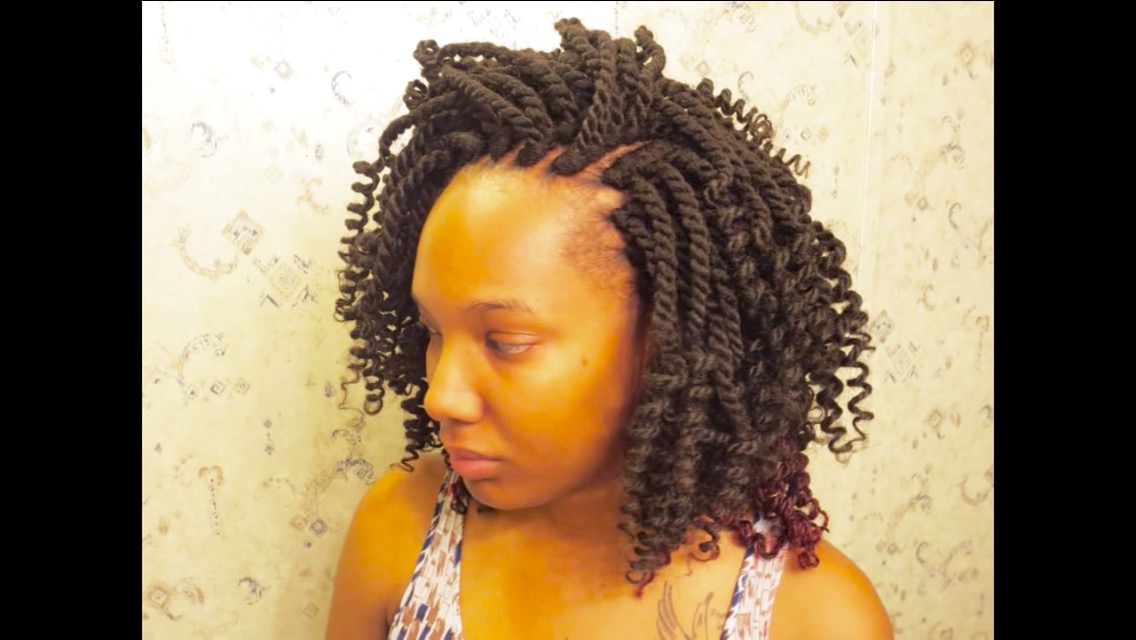 It was stated in a previous post that while crochet braids may be something new for some, it may not be new for others. Crochet braids have been around for a while, today’s natural hair community just modernized it. When I was in elementary school, there was a young lady who wore crochet braids often. Her hair was cornrowed underneath tiny micro box braids that had been crocheted onto her hair. This particular crochet braid tutorial reminds me of just that.

YouTuber, MadeInJerseyyy, has an interesting way of doing kinky twists for those who don’t have a lot of time on their hands. After cornrowing her own hair, MadeInJerseyyy used 7 packs of Nubian kinky twist hair to create a head full of twists. She pre-twisted the hair on a wooden dowel before she crocheted it onto her head. She simply pulled the latch hook crochet needle through her cornrows with one piece of twisted hair attached, and secured the twist with a knot. The best part is that she didn’t do any individual twists in the front of her head, yet it looks like she did! This tutorial is great for those who aren’t too skilled at doing regular twists. 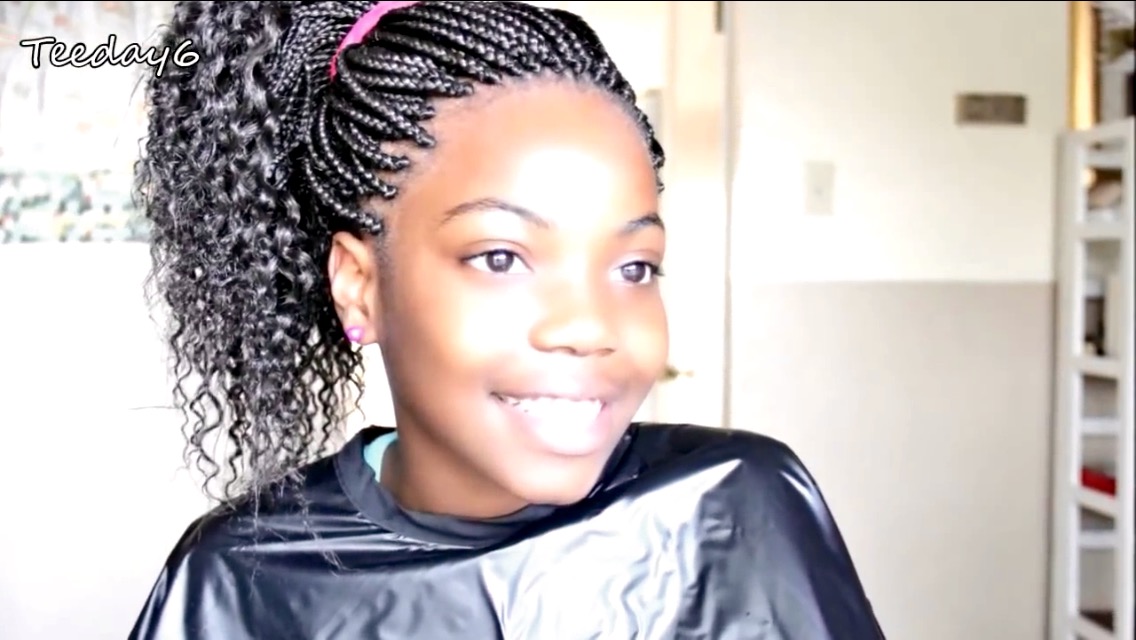 This tutorial by TeeDay6, demonstrates how to achieve the box braid look with crochet braids. The perimeter of the models hair was left out, while TeeDay6 cornrowed the crown of the models hair. She states in her tutorial that her technique is perfect for neat braids whose braids sometimes slip at the roots. Instead of pre-braiding the hair, TeeDay6 crocheted kanekalon braiding hair onto the cornrow first, then braided it after. She used about 5 packs of braiding hair to create this neat look. 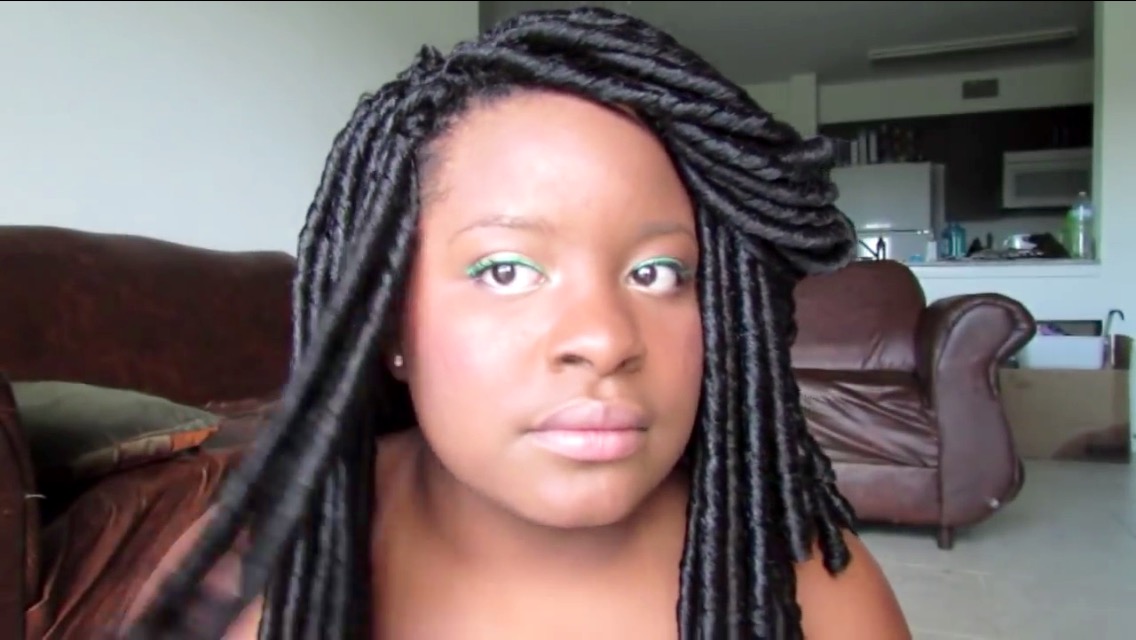 Just like the crochet braids trend, faux locs have become quite popular as well. When I originally heard “faux loc crochet braids”, I wondered how anyone could pull this off. Love, Kiana has an excellent tutorial on how she did. After cornrowing her hair straight back, she used Feetress Urbran Soft Dread hair and crocheted it onto her cornrows. The hair is already locked/coiled, so that’s one less thing you’d have to worry about. The hair looks more coiled than locked, but is cute none the less. 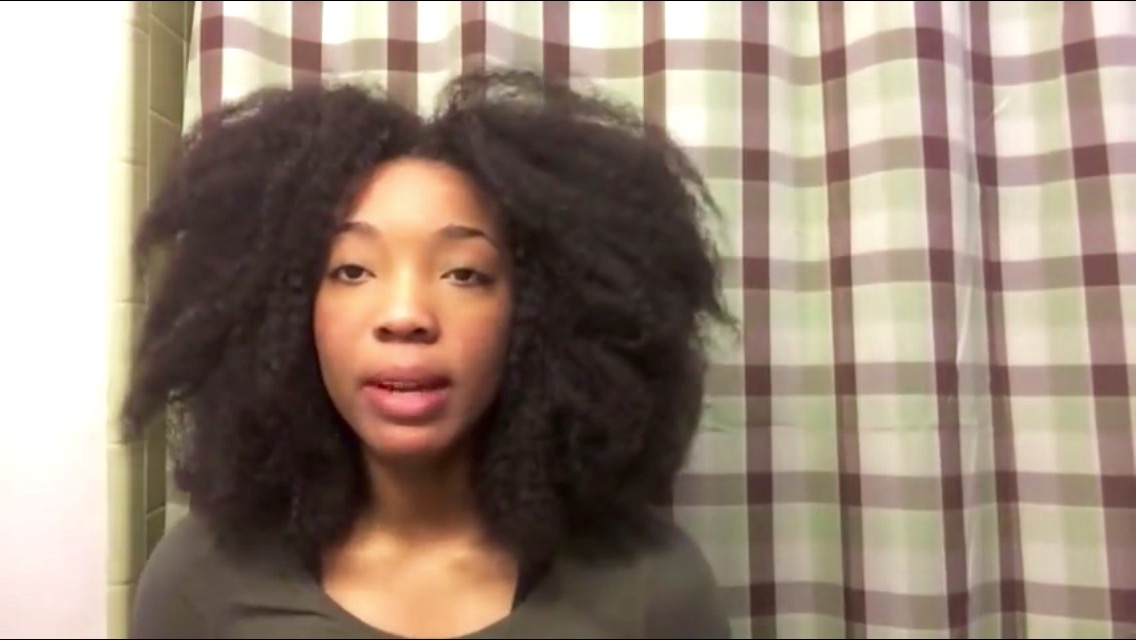 Usually, the invisible part is associated with hair weaves. YouTuber, VicShellsLive00, demonstrates how you can take that same method and apply it to crochet braids. She cornrowed her hair back, but latched her crochet latch hook needle on the hair leading up to the cornrow. This made her crochet braids appear as if they were growing out of her scalp.

What do you think of the styles? Do you think you’ll be trying any of them out?

All of those hair styles look fab but those first two (the kinky twist and braids) made scalp hurt just looking at them.

Came here to say this. I went natural to *avoid* the need to pay to have some braider yank my scalp off one square centimeter at a time.

crochet braids look too full to me. It looks so outlandish/ too big to me. I still don’t understand crocheting an afro if you already have one. The faux hair tangles so badly. Looks like its just as much work as working with your own hair. I mean if I gotta roll it and set it, twist it down at night how on earth is this giving me a “break”?

Sometimes it can look too full but I’m sure it depends on how many packs of hair is used. I’ve seen women with realistic looking crochet styles.I don’t think I will get crochet braids and have the marley hair free. I don’t want to take the time to style the hair. Lol. I just got crochet twists for the first time and love them! I used the same amount of marley hair that I would use as if I were getting individual twists so to me they don’t look too full. It takes a lot less time and it costs… Read more »

it is giving your hair a break. not you lol

Why is getting crochet braids so expensive? I need to learn how to cornrow my own hair. Must.practice.patience…

freetress bohemian is sooo cute! I absolutely love the hair. The curl pattern resembles a wash n go. Even though it tangles a lot, the curls and frizz covers the tangles. This actually gives a natural look. I’m thinking about doing crochet box braids into a bob. I’m excited about crochet braids!