Are These Played Out? Natural Hairstyles That Didn’t Get Much Love in 2014

Since I’ve been natural for almost 5 years, I’ve noticed that different hairstyles have come and gone. There are so many trends in the natural hair community, and 2014 seemed to be the year of tapered cuts, brightly colored hair, and crochet braids. Are the hairstyles listed below, which didn’t get much love in 2014, officially played out or will they make a resurgence in popularity in 2015? Let us know your predictions below! 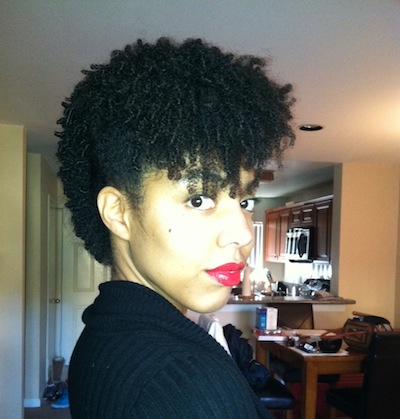 Once upon a time it was the thing to do to take bobby pins or hair combs and pin up both sides of your hair to resemble a mohawk, or for those with advanced skills, to cornrow or flat twist the sides of your hair. While tapered cuts often resemble mohawks, with either slightly shorter sides or fully shaved sides, I haven’t seen many naturals doing the good old smooth and pin on the sides of their hair. Perhaps those of us too chicken to commit to a tapered cut will bring back faux hawks next year to fake like we’re in the cool kids club. 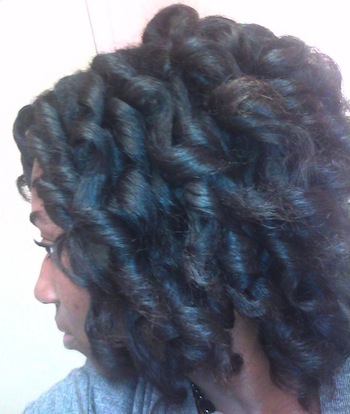 Curlformers were HOT in 2012 and 2013, especially once Naptural85 came out and endorsed them in about 4 different ways. However, in 2014, not much attention was given to curlformers, especially as curling wands provided an easier, less time consuming, and more comfortable way to give your hair curl and body. For people like me who have tried and failed with curling wands, curlformers are still are best option to get uniform spiral curls.

Remember when folks were braiding their hair up with yarn as a protective style? I forgot too. The more realistic-looking wrapping installation of faux locs have made yarn braids almost obsolete in the natural hair community, as has some naturals’ sensitivity to the yarn. This is great news for loc wearers, because loose naturals are loving your style enough we’re opting to fake it, and do so well.

What other styles that were formerly popular amongst naturalistas have fallen out of fashion? Do you think any of these styles can make a comeback?

I think braid and twist outs are yawnsome and would love to see them disappear next year. My hair’s too think for the fauxhawk unfortunatly — bobby pins fail me. I think the tapered cut is fab

Dont think braid and twist outs will go away. Those are just staples, it would kinda be like retiring the ponytail. It’ll change, but it’s been around since hair. I dont know many people with hair thicker than mine, and I can do a faux hawk if I user smaller sections.

IKR? When exactly was the pony invented? And did Africans invent it or Europeans? Or Asians? The ponytail is the most mysterious hairstyle in history.

Braidouts and twistouts aren’t going anywhere. If anything, us naturals might just find a different way of styling them.

I agree, braidouts and twistouts are like the only styles I can do by myself.

I’d like to see the pompadour retired for a while.

Honestly, it’s not so much a fad for me as a way to pin up my bangs. My hair up front is still too short to go into a bun.

It looks beautiful on Janelle Monae (even though she rarely wears it anymore) Otherwise, I agree.

I’m all about flexi rods right now which replaced curl formers for me. The problem with curl formers is that I didn’t like how my ends looked which may have been my fault from not trimming them often enough. With flexi rods I can make the ends curl better. Since it’s cold, I can really make the style last for a week. I DC with TJ Tea Tingle, use Oyin Honey Hemp leave-in and finish with coconut oil. This keeps my coarse hair moisturized and my style set.

I still see naturals with shorter hair wearing the fro hawk but I think it’s because it works for short hair. Once my afro started hanging downward, that style just didn’t work. I still have my curlformers, but I don’t use them religiously like I used to because I started wearing my 4c kinks instead of “defined” curls. That’s another shift, curly to kinky styles.

Yeah I totally agree! The fro hawk was my go to style when it was shorter, but it doesn’t quite cut it now that it’s longer. Also, this may be just me, but I like my hair to feel ‘grown’ (does that make sense lol?) So I’m quicker to run to my braidouts with a middle part, than an afro puff or cornrows, which make me look younger.

This style is still hot and trendy, but I hope it dies a quick, painful death. lol I’ve seen it all over the place on natural hair Instagrams and YouTube, The hair is loose or hanging down in the back and the rest of the hair is gathered in a tight Sumo Wrestlers bun right on the tippy top of the head. Or maybe two buns on top like Minnie Mouse ears. Commit to a bun/top knot OR wear the hair down/loose–not both. lol

ROTFL, those styles only look cute on little girls in my opinion.

As more women become natural and explore their creativity, we are finding out just how versatile 4C hair is. It’s dynamic and defies gravity. I’ve seen a small shift away from curly girl wash and gos to more information on how to manipulate kinky hair. I hope in 2015 we start kicking up the efforts to manage the challenges of kinkier hair. I’m over the curl jealousy and slick edges.

I wish the half top kot half down look would finally end. It’s just odd especially if the top knot is almost as big as the girl’s head. Don’t know how or why but No.

Taking this beyond trends for a sec: I think that as women become more comfortable with their natural hair, they become less afraid of certain things, like scissors (tapered ‘fro) or heat (wand curls).

My last BC (nearly 5 years ago) was a tapered ‘fro because I’d figured out that I had noticeably less shrinkage in the back and sides than in the front and top, which was why growing out a one-length TWA had always resulted in a ‘fro-mullet. Now when are those coming back into style? lol 😉

The half shaved head. I’m referring to ladies that wear the remaining hair straight or natural.

I’ll be wearing a faux hawk for New Years. I love that style its fierce to me 🙂

I agree. The faux is cute. And it should be called the “Fro-hawk” instead. That name sounds much better.

I think wash and gos will make a resurgence. Faux will still be in in 2015. Happy New Year!

It’s not a style, but a styling tool, that has made a comeback recently for me personally, and that I plan to make a regular part of my routine in 2015. I am going to start using a blow dryer to cold shoot my roots at bedtime after allowing my wetstyle to dry all day. By waiting until my hair is mostly dry before cold shooting the roots, I ensure that my ends are dry enough to handle without getting frizzy, and I also ensure that I don’t have to go to bed with wet roots. Plus, I figure that… Read more »

Hairstyles just as fashion revolve. They will lay low for a while then reappear, maybe with a modern twist. The shaven sides for me are too overdone and it was a style i remember back in the late eighties and early 90’s. I do like the tapered look though.

I replaced curlformers with perm rods. I can sleep in rods a LOT easier. As for faux hawks, I was never a fan, I knew that having half your head look bald was just a trend. I am happy this year–I feel like the good old fashioned Afro has been making its mark around these parts, it’s satisfying.

I see a LOT of people hating on the half-bun/half-down look, and I must say I’m surprised!!! That’s SUCH an old school and classic look! If you look in the 90s HELLA girls were wearing their hair like that, and at least where I live in California we’ve often wore our hair 1) Half bun, the bottom half with 2 braids down either shoulder 2) Half bun, curls down (it looks nice with long hair, but goes with short if you like it) 3) 2 buns on top, and the same goes. It is NOT supposed to be a high fashion look per-say,… Read more »

People have been doing that since I was a kid in the 70s and 80s!

One thing that I wish would die is the slicking down of baby hairs. I have never heard or seen of such a thing until I started watching Youtube videos, and I still don’t understand it. It looks so weird to me. Is it a generational thing? Cultural? Both?