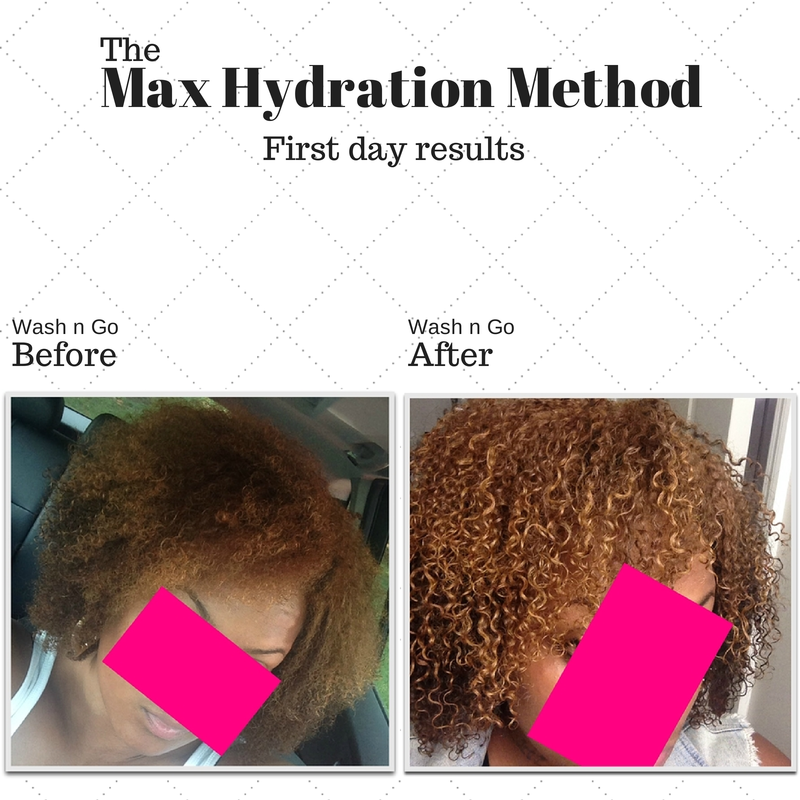 It is often said that methods matter much more than products. For some naturals this is true but for others both are just as important. Here is a run down of the winners and losers when it comes to methods for natural hair in 2014.

1. Max hydration method (MHM) — This is pretty much the most talked about method in 2014. It did not have a razzle dazzle type of entry into the natural world but a slow trickling effect starting off as a compilation on a hair forum before being adopted by more people. The dazzle effect came with people showcasing curl clumping where previously there had been none and reports that tangling and knotting of hair was at an all time low folllowing use of the method.

2. Hair Steaming — The craze for hair steaming is still around. Perhaps the big difference this year is not the purchasing of hair steamers but DIY hair steaming instead. It is certainly one way to reduce costs and still get the steaming effect.

3.Crochet braids — Crochet braids have been around for a while as aprotective style but one that gave a weave/wig look without the actual weave/wig. In 2014 the big splash was really about creating invisible parts allowing the knots in the crochet braids to be disguised.

1. Max hydration — It was the top winner but it is also the top loser. As much as it has its fans, it also has its detractors. The method itself even from a neutral perspective is very involved and tedious. To the naysayers, the extensive use of the highly alkaline baking soda is a cause for concern. The aesthetic of the final result using MHM has been described as a showcase for shrinkage which is not necessarily what a girl who has spent 3–4 years growing her hair is aiming for. If you are not a wash and go girl and you prefer a more hair friendly pH range of 4–7, this method is not for you.

2. Inversion method - Grow one inch of hair in a week by doing a daily massage and turning your head upside down — this was the promise. In reality, no one is yet to showcase 52 inches of hair (52 weeks in a year) or a similar rate e.g 12 inches in 12 weeks. It turns out that most people were just able to hack out one week before giving up the routine as they forgot or more worringly felt dizzy during the process. Was it just a passing fad or is anyone really still doing it?

3. Hair Typing - It might be premature to declare the death of hair typing but it is hanging on for dear life in 2014 from my perspective. I have noticed people generally giving broader classifications such as type 3 or type 4 hair and less emphasis on the abc part. I have also noted that naturals are rightfully not drawing a correlation between a hair type and the effect of a product or method. However, hair typing is not dead and buried quite yet as my 4z hair did draw up quite a bit of hair typing confusion when it formed clumps with bentonite clay and there was fierce debate as to whether it was actually 3c or 4a.

Ladies, which methods were winners and which were losers for you?

I am very much in favor of abolishing the a‑b-c denotations in hair typing. It’s very clear if one has Type 3 curly or Type 4 coily/afro hair. When you get into the specific distinctions, I don’t think that is helpful. I think it’s borderline “good” hair, “bad” hair typing and that’s counter intuitive when so many women are trying to embrace their way the way it grows from their scalps. Seriously, do the product needs really vary that much between a 4a or a 4c? Don’t we both tend to have chronically dry hair? Have you ever found yourself… Read more »

I agree that the broader label is much more helpful then getting into specifics. Some of the models used on naturallycurly.com make it downright confusing for me. 3a and 3b look the damn same, same for 4b and 4c. But I disagree that the hair typing system itself is feeding into “good hair/ bad hair”. I think people bring to it whatever baggage they are already carrying around. Kind of like cherry-picking– you see what you want to see. While I am very pro being proud of your hair texture (especially for all of us coily head women out there)… Read more »

I agree with overlapping. I’ve had natural hair off and on my entire life, but only in the past two years have I worn my natural hair in its natural state. Before, I didn’t know how to keep my hair in the coily state without turning into a frizzy, shapeless fro; so, I mostly roller set my hair. Ironically, I developed a wash go technique based on something I saw from a 3. I believe the success of a hairstyle is based on 75% technique, 20% realistic expectations of how your hair will look, and 5% product. In that sense, seeing… Read more »

Oooooo Weeee.…that Max Hydration method is doing the most. I think naturals can get similar results with less work and fewer products. I find that simply keeping my hair moisturized and finger detangling help to keep my coils naturally springy and clumped. Moisturized for me, means cleansing every 2–3 days and an overnight deep condition at least once a week. If my hair looks dull or dingy, it’s a shampoo day. I’ve recently started adding at least 15 minutes of heat to my conditioning process due to winter and my strands being extra thirsty. Really helps loosen up the knots… Read more »

I find hair typing VERY useful and prefer it. I don’t see what the big deal is. It gives me a better idea of what my hair may or may not look like using a particular method. It reminds me of a post I have seen on tumblr of Esther Rolle and I think it is Kelis which states if you hair type is that of Esther Rolle, hair gel is not going to make it look like Kelis’. I appreciate that candidness.

Knots are still used in the “knotless method,” it is only that the knots aren’t visible which is a good thing, but this should be made more clear. But there is another method that truly is knotless. https://www.youtube.com/watch?v=FQDXYOsVLsY

You don’t do the inversion method every week you do it once a month for 1 week everyone knows that, it doesn’t work if you do it every day.

crochet were really big indeed. I haven’t tried the MHM and have no interest
http://www.coilsandglory.com

Anyone who says hair typing is bad doesn’t have 4c hair. In fact, 4c hair benefits the most from hair typing because it is truly the most unseen texture of them all, and it DOES behave differently than other hair textures. I think hair typing is useful not only to know which products to use but also to know how to detangle and handle the hair. If your hair has knots and has shrinkage because you’re 4c, you need to be aware that this is the nature of your hair and manage it properly. Watching a person with 4a hair… Read more »

So women with 4A hair can’t also have 4C hair? Some of us are multitextured, so hair typing isn’t particularly useful. Additionally, not all 4C hair types are equal– I’ve seen some 4Cs swear by the max hydration method, but my 4C sections would break off and die if I tried that with them. Hair typing keeps people from trying out things that may work for their hair. It can sometimes be helpful for finding YT videos (because if I tried NaturalNeicy’s (sp?) blow out method I’d have no hair), but it frequently makes entire groups of people feel excluded from… Read more »

I agree 100%. 4c hair requires a different approach than 4a hair. Dry, oily or sensitive skin requires different handling and practices. Pale skin vs dark skin requires very different handling when it comes to sun exposure. The same logic applies to 4a vs 4c as the 2 extremes of type 4 hair. Those who don’t find value in it, should just keep it moving. Why do we have to be ‘one’ and ‘united’? The anti-typing mentality is anti-information and just plain silly. It’s not hurting anyone. Just a made-up conflict or imaginary divisiveness. People just want an easy way to… Read more »

Exactly, it’s anti-information to say hair typing is wrong. Women with 4c hair wouldn’t even be able to find representations and information for their hair. My 4c hair IS different. That is what the natural hair movement is about–being able to proudly claim this. No, all women who identify as black don’t have the same hair. All women with “type 4” hair don’t have the same hair. There are variations like high porosity, thin, coarse, etc… People only complain when I acknowledge that I have 4c. Why? It’s another form of trying to wipe away representation of our hair. This… Read more »

I think hair typing is so overrated.

Hair typing loooses! I had the most unmanageable hair in the world, and I was wondering why I could not see anybody with the same hair type as me. I tough there was some nappy terrorism to impose curlier type of hair. But as I stoped using chemicals in my hair and started finger combing I realised I even had 5 cm long naturally straight hair at some places. I tough those were sequels of a relaxing I did 4 years ago! Truth is as long as you are not sure that you hair and scalp is perfectly healthy you… Read more »

The only thing I appreciate about hair typing is it helps me keep hopes down about how my hair will look, or trying certain styles i.e. Wash n go. Which is not the easiest style for a 4c