One minute we’re singing the collective praises of a product or practice and the next minute we’re villifying it. Sometimes, it’s because something better comes along that blows the old thing out of the water. Other times, we just got the information wrong and science comes to correct us (or show us the long-term implications).

There are three tools in particular that are widely praised throughout the natural hair community as being both beneficial and healthier for textured textured hair. But are they really? The microfiber towel, the diffuser and the Denman brush — should you really be using them? Do you really need them? 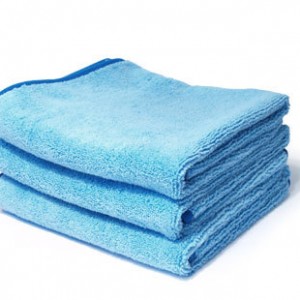 Before microfober towels became all the rage, naturalistas were using plain old terrycloth towels to dry hair. However, somewhere along the way, the idea of using microfiber towels for gentler drying and less frizz spread around the interwebs by bloggers, vloggers and hairstylists alike. The idea behind ditching terrycloth towels, had to do with the little loops of material causing frizz and snagging the hair. Microfiber was supposed to be a gentler, more curl-friendly alternative.

Unfortunately, this is not necessarily the case. Much like terrycloth towels, microfibers have raised surfaces — although they’re not loops, they’re more like “nodes” — that can get textured hair just as caught up. I’ve got a few hair-specific microfibers and I’ve discovered that strands of hair would get caught in them just as often (if not more) as they did with terrycloth towels. This is not to say that microfiber or terrycloth towels are bad — there has been a degree of fear-mongering around towels for drying hair. If you’ve been using either one successfully, then there’s no need to change. But if you’re hearing hairs snap and feeling tugs, it might be time to switch to an old t-shirt to dry. 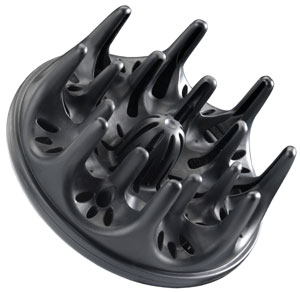 I’ll just come right out and say it — I think people give diffusers more credit than they’re worth. (This is coming from someone who owns two of them.) Diffusers are touted as the naturalista’s best friend by enhancing curl definition, creating lift and volume.  They are supposed to be infinitely better than regular blow drying alone, curbing frizz and preventing heat damage. While there are a number of reasons why diffusing might work better for your hair than a regular blow dryer, it is still an attachment at the end of the blow dryer. Whether or not the air is decentralized or diffused from the blow dryer nozzle, the fact still remains-you are blow drying your hair. Blow dryers only work one way: by zapping the water from the cortex of the hair.

Of course, you can use products that provide heat protection and delay the dehydration of the hair, which will help mitigate the damage from the blow dryer. Knowing how to properly diffuse (like moving it around your head as opposed to keeping it in one place for prolonged periods of time) will decrease the likelihood of dryness and damage. But is a diffuser still better than a regular ol’ blow dryer with no attachment? Yes and no. Yes, diffusers will decrease frizz by making the air flow more gentle and give you lift and volume (although you’ve got to do some teasing to get that). However, diffusers don’t prevent heat damage and they won’t create a curl pattern that you don’t already have. Are you better off with or without your diffuser? Only your hair can answer that.

I remember when the Denman craze swept through the natural hair community like a wildfire. There were sooooo many videos and blog posts about which brush to buy, how to modify it, whether the knockoff at Sally’s worked just as well and more. Naturalistas praised the Denman for being gentle and really taking their curl definition to the next level. I’ll admit — I took the bait (like many of you probably did). I bought a Denman from Sally’s, modified it per YouTube video demo and set out to use it to define my wash and go. It was a disaster. No matter how much gentleness, patience or excess of conditioner I had on deck, I felt like my hair was coming out more than it should have. There was also some breakage too.

Does that make the Denman inherently bad? Not really. Much like with anything else natural hair-related, everything doesn’t work for everybody. Some ladies find tremendous success with the Denman for styling and detangling. But, it is by no means a must-have tool. Scrunching, praying hands and finger curling are much more gentle ways of encouraging curl and coil clumping and definition without tugging and pulling your tresses through rows of nylon bristles.

So ladies, it’s your turn! Share your experiences with microfiber towels, diffusers, and Denman brushes!

yes! Christina girl that microfiber towel is evil LOL! It’s like velcro to my hair. Now I only use them to dust with
As for the diffuser, I don’t use it that much. I actually like my hair’s results better when air dried. The Denman….love/hate. Great for a smooth roller set style but I don’t do those often either. It can definitely cause some breakage if not careful.

It’s funny. For so long I tried to stick to finger detangling because I didn’t like the effect that wide-tooth combs and Denmans had on my hair. Oddly enough, a regular old paddle brush seems to work perfectly for now!
Different strokes for different folks. Whatever works for you.

I had a horrible experience with the Denman. I have 4a hair with some 3c sections and the amount of hair loss and breakage was unbelievable! The little bit of curl definition wasn’t worth all the breakage, not to mention shrinkage of my BSL hair to almost my ears

Love my Denman. I don’t use it as much, but I find that it works best to get rid of the shed hairs nearest my roots.

Well, there was never a need for me to purchase a microfiber towel when I can just easily use a cotton t-shirt. As for as a diffuser, never had the urge to purchase one. I tried one many moons ago and it just seemed like an unnecessary extra step. Now the denman, I purchased this during my transitioning days because in theory, it seemed like it would be a great idea for thorough de-tangling without snags due to it’s flexible, seamless, smooth teeth. Also, the way it seemed to smooth the hair from watching a few youtube videos was pretty… Read more »

I am not a grammar stickler, but there are many spelling errors and other writing mistakes which make this less of a smooth read. Anyway, I agree about the microfiber towel and Denman. I don’t agree about the diffuser though. The microfiber towel is a little *too* effective at drying my hair. It just don’t even bother with towels because gently squeezing out excess water is all I need to do before blow drying my hair. The Denman brush had bristles that were too flexible and too closely spaced for it to work well on my thick 4c hair. The… Read more »

Microfiber towels: I think the key thing to understand here is that not all of them are created equal. Some have more potentially hair-snagging texture than others. My first microfiber towel was an Aquis…this was back when Aquis was THE ONLY microfiber towel out here. Compared to almost every towel I’ve used since, the Aquis was relatively smooth and almost never snagged my hair. Diffusers: The only difference between using a blow-dryer with a diffuser and using a blow-dryer without a diffuser is that with the diffuser you have a much better chance of preserving your curl pattern ASSUMING that’s… Read more »

I have a few microfibre towels. I actually brought most of them to use in my sports kit as they fold smaller than normal towels. I now use some of them for my hair, however there is a different in the fibres on the towels. I have a couple that are completely smooth which are great to dry my hair with. A few that have low pile and a few that have a high pile like in the picture above. The low pile ones are ok and don’t snag my hair but the high pile ones are similar to using… Read more »

I LOOOOOOOVE the Denman. I think it’s great for people whose hair easily slips w/ conditioner added- horrible for hair that is prone to breakage. I definitely have more hair come out with the Denman than a comb, but I always check the ends for bulbs and find that the Denman is better at getting out all of the hair not actually attached to my scalp, which minimizes frizzing and makes my hair last longer.

Co-washing destroys my hair, but most curlies love it!

I was hesitant to try the Denman because I’d read many horror stories but I decided to try it out of desperation. Finger detangling wasn’t a good method no matter how gentle, patient or careful I was & my hair seemed to hate my wide-toothed, seamless bone comb too. I lose less hair & have zero pain from tugging with the Denman. I tried it modified & my hair HATED it but it works great in its original state. It doesn’t seem to work for everyone but it’s the only detangling method that works for my hair. It’s amazing sometimes… Read more »

You are so right about how everyone’s hair is different. I wonder what are those “universal” things for natural hair? It would make a good article BGLH 😉 Anyway, I didn’t like the Denman because it would simply get stuck in my hair, but I do love using an afro pick to detangle my hair the most. Finger detangling only (for me) works for a month, but then my hair gets REALLY tangled. I have to use my afro pick to detangle it at that point. I keep going back and forth between using the afro pick regularly, fortnightly, or… Read more »

never will i ever run that thing thru my hair again.

The Microfiber towel – in theory, doesn’t make sense to me. That could be based off the (cheap) microfiber towels I own, which are rough son of a guns. T shirts are my best drying “towel”. The Diffuser – I’m glad you said this, because EVERY time I try to diffuse dry my hair I am so mad and frustrated with the results. My hair ends up a hot frizzy, shrunken mess. Thumbs down! Lastly, the Denman brush – I haven’t used mine (a modified one) since I cut my hair earlier this year. I tried it a lot last… Read more »

I can’t speak to the effectiveness (or lack thereof) of microfiber towels since I typically don’t use external implements to dry my hair. I apply product to freshly washed, sopping wet hair and air dry after styling/banding/braiding/etc. I’ve picked up at least one diffuser with the intent of wearing more wash & go’s. My rationale was drying my hair more quickly = less shrinkage = less visible disparity among my multiple textures. I have yet to test that theory, though, so my diffuser(s) remain(s) in the box(es). I’on care what nobody says – I love my Denman. **folds arms** Matter… Read more »