We previously covered the bases of traditional long hair practices and products from various countries in Africa as well as from the Caribbean specifically Haiti and Jamaica. This time we turn to India where many traditional practices are taking firm roots in today’s natural hair practices as more people move away from commercial products to more pure natural/raw ingredients. 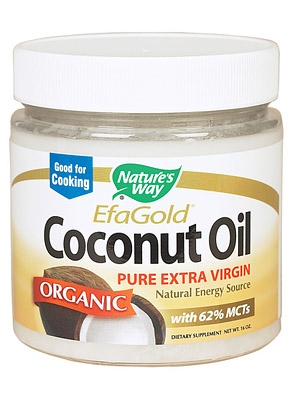 There is probably no greater nod to a traditional practice when it inspires a scientific investigation that ends up yielding fantastic insight. The tradition of Indian women applying coconut oil to hair prior to shampooing(coconut oil pre-poo) did just that. The scientists discovered that the coconut oil application allowed it to penetrate into hair which then protected the hair from damage during washing as well as during combing (Journal of Cosmetic Science pp 169–184,2001).

Shikakai is a traditional natural shampoo. The fruit pods are dried and crushed into a powder which is then made into a paste and applied to hair. Sometimes shikakai is referred to as a herbal powder although it really is not herbal. It is known to contain saponins which are very common in plants and are detergent like in behaviour, foaming up when added to water (Int J Toxicol., Suppl 3, pg75-118, 2005) . These saponins could be the reason that shikakai is regarded as a cleanser.

Many naturals already use Henna and not necessarily for its colouring action. If you do have grey hair, you may indeed be able to see that this plant based dye can colour hair in various shades of red which become darker/deeper with regular repetition. Indigo is another plant based dye which as the name suggests dyes hair indigo! On dark hair, indigo and henna are difficult/impossible to discern as they are both thought to be attracted to and attach to the surface of the hair as opposed to changing the inner melanin of the hair (NPR, pp 45–48,2008). 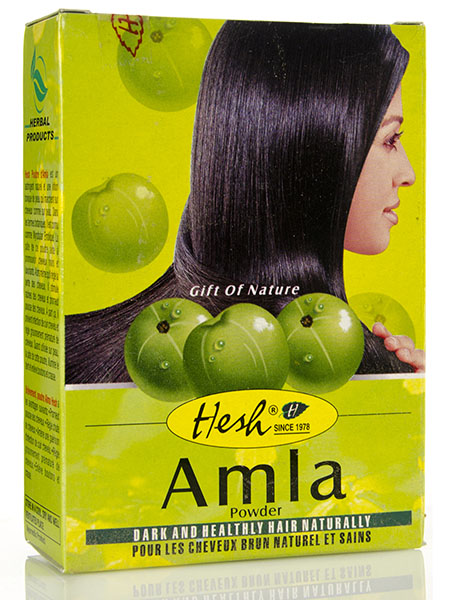 Many natural oils (including coconut oil) have antifungal properties. (Mycoses, pp 363 — 369, 2009). Amla and Neem oil are commonly used in India and both have antifungal and for Neem, antibactelial and anti-lice effects. Some scientists correlate oil use to low rates of ringwormin India.

Hibiscus is a flower that is being studied as a possible hair growth promoter with some small positive results in animal studies. It is also being studied as a contraceptive, so do not start sipping on that tea if you are trying for a child. Onion and garlic raw extracts applied directly to the scalp have been shown to restimulate growth where hair loss from the follicle has occurred and so may be worth a try if you have issues with your edges or have a bald patch.

Have you tried any of the above traditional Indian practices for hair growth? What were your results?

I have tried the henna. It made my hair seem thicker & stronger but I did lose some of my curl pattern, which was already non-existent without help from curl defining products. I luv the copper red color it turned my grey hairs.

I never thought I would revisit Henna because I was so sure that at some point I would want color in my hair using a commercial dye–but over the past couple of days, I feel like I’ve been bombarded with these horror stories from naturalistas with color treated hair suffering from breakage and dryness and other ridiculousness that I just don’t have time for. So…henna it is!

I’ve also been wanting to experiment with other ayurvedic hair products, so this article was right on time.

Hey the Natural Haven! Great post and I’m a big fan of your blog!
I’ve read on many blogs that the indigo henna did lifted the cuticles and didn’t not simply attach to the hair. Is this statement wrong then ?

I’ve used products with all of those ingredients at some point or another. My hair is growing as I type this.

Lol lol
I have used them too. Mine has grown so much I have to cut 2–3 inches a day.

I mix a little coconut oil with honey for my deep conditioning treatment. Doing so has made my hair stronger.

I love Coconut and Amla oils.

Will be trying Shikakai soon.

Henna? no thanks due to mixed reviews.

Onion and Garlic extract on my hair???? Thanks but NO Thanks…lol

The secret to Indians growing long hair is genetics.

While this is interesting in a whimsical way I’m not sure how helpful it would be for someone with African hair. My grandmother was Guyanese, of east Indian descent and their hair is a completely different thing, naturally strong and straight, most can grow it down to their waists without thinking too much about it.

Like manufacturered hair products that are marketed at a specific ethnic group, natural products from a specific country work well for others who have a different hair type. Henna, indigo, alma and coconut has been found to work well for lots of women who aren’t Indian. Oh and you should check out the variety in what Indians look like. It’s a massive country and they vary in skin shade from very pale to very dark and their hair also varies. I worked with a load of Indians who spent their time trying to make their very curly hair look straight, there… Read more »

Wait, in regards to the hibiscus powder what’d she mean by “don’t be sipping that tea if you’re trying for a child” are you suppose to make it into a tea or is it a tea? If you put it in your hair in can prevent you from having babies? I’m confused lol.

U can make tea with it. Mexicans make a cold drink with it called Jamaica.

Only if you drink it, not put it on your hair.

I use coconut oil and Jamila henna.

Interesting. I love and use Amla oil and coconut oil but that onion and garlic tip has got me so excited… restimulating hair growth, i have no bald patches or issues with my natural hair but i want to see if it’ll make my natural hair grow faster. I’ve heard raves about quicker hair growth, regrowth and healthier hair from using a garlic and onion concoction on the hair and leaving it on for some time just before washing it off so i may try it. For the shikaikai, I’ll pass because I’ve heard that it’s a bit drying for… Read more »

When making rosewater you don’t strain the water. It’s the vapor you save. Look for a recipe or I can find one for you. 😀

Joan B. in S. C.
Reply to  NubianPrize

NubianPrize, how do you prep you shikakai powder and what are your steps? I have some at home and now have to figure out what to do with it. I think greatness exists in the vatika oil. I’ve even given that to my mother to use.

I thought henna makes your hair red. I have grey and I would like to get it black, how did you do this.

Hi Jackie. I do the henna first, rinse that out, mix my indigo and let that sit on my hair for one hour. Beautiful black and shiny hair is the prize for all the trouble. And I’m talking 1, not 1B lol.

Amla oil is my 1st love out of the Indian products.

I just went and got some shikakai, aritha and bringhraj oil ystdy. Can’t wait to try them.

Jacky thanks for the hibiscus spritz tip. Will be trying that. 🙂

Still very iffy about Onion and Garlic in my hair tho’.…lol

My mom used to put alma oil in my hair all the time as a kid, and it did wonders on my hair! I swear by it, it makes it soft and breakage is minimal… The sad side effect was that I always smelled like it (and let me tell you it smells STRONG). Now I just use it as a pre-poo (even then I probably still smell like it sometimes).

Great sharing. Amla and coconut oil my love. Jacky thanks for the hibiscus spritz tip. Garlic and onion I will pass out for now. I can’t stand the smell. lol

I’ve tried the Amla powder and it makes my hair curlier and SO soft! I generally leave it on as a mask and then rinse it out. I was told not to use shampoo or conditioner with it, but follow my usual post-shower hair regimen. And I love love LOVE coconut oil. I’ve used it as a pre-poo and even on my face and skin. Two perfect products.

I just did a henna, indigo, and amla powder treatment on my hair last night. The henna and indigo treatment I’ve done once and the amla is new. I’ve been sitting on a couple of pouches for a year and wanted to try it. I understand that adding amla to the henna paste will darken the red/copper color typical with using henna alone and reverses the loosing of curl pattern some curlies experience. I use henna for its conditioning and strengthening properties against excess shedding and breakage, the indigo, to cover my grays at the temples, and the amla to… Read more »

Love the hibiscus idea, and we have so much here that just grows all over the place.

The first Indian secret for longer hair is this: genes which bring straight hair.

While I am all for natural hair care, let’s stop deluding ourselves. Coconut oil will not give type 4 hair shine like it gives to Indian hair.
We can give the same products but the results wont be the same. Because we are not dealing with the same type of hair.

It’s like when people ask “how do u fight shrinkage”?!!! I thought the whope point was embracing the specificities of Black hair, not fighting it.

Coconut oil gives me 3c/4a plenty of shine! What are you talking about? Confused?
[img]https://bglh-marketplace.com/wp-content/uploads/2014/08/image-14.jpg[/img]

Coconut oil will absolutely bring shine and strength to coily, wooly, Afro type hair. The person of Indian decent above is just sowing seeds of discouragement.

I use a shikakai shampoo bars at times. It nourishes your scalp and what was my chronic flakiness is no issue..I think it does encourage growth but the drawback is it’s drying to my hair. I make sure to preppo before and dc after. I henna and someetimes cassia.

As a scientist, I can’t tell you how much I appreciate your references to empirical evidence to support this list. Refreshing! Thank you!

hey, I would like the Shikakai products but I don’t know where I could buy them from, I’m based in South Africa

Why not Indian men! Indian women would be jealous when they see a man with long hair. So, you people? created a taboo when a man grows his hair long. Whatever, Indian men will grow their hair long. In the past, both men and women had long hair and it’s not a taboo.

where do you live plz?