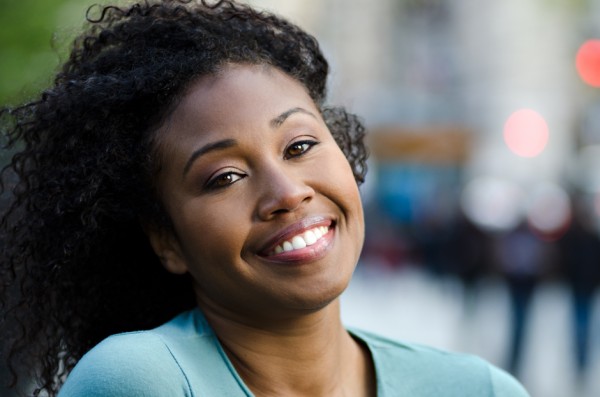 You play Deputy Kenya Jones on the HBO Series True Blood which has garnered a huge following, can you tell us a bit about how you came into the role?
T: I guess I came into it pretty organically. I had done a number of different television shows with the Casting Director and …I just had a call for a new show called True Blood and I knew it was HBO and I knew it was directed by Alan Ball. I knew it was based on a popular group of Vampire novels that Charlaine Harris had written. I knew that those three things together would make a good combination. It was a normal audition. Alan Ball was in the room with the writer and casting directors and the producer. Actually I found out that I got the job before I got to my car.

Tell us a bit about the background of your character, Kenya. Do you share any similarities with your character?
T: Yes and no. Kenya and I are both similar in that we are both direct and like to get things done and there isn’t a whole lot of bullshit. Kenya is a little bit more hardcore than I am and I’m more of a believer. Kenya clearly does not believe in vampires and all of the shenanigans going on in Bon Temps. I’m definitely a believer in things that don’t look like us. I definitely have a wide, deep and broad imagination. I would say we would be dissimilar as far as that is concerned. I’m a lot less judgmental than Kenya but I appreciate her directness.

Now this season, you’ve chosen to rock your natural hair in the series. What inspired this on-camera transition?
T: It wasn’t a decision but more of an evolution. I always had a hot and cold relationship with my hair. It had less to with me not liking my hair but more to do with “I don’t know what the hell to do with it.” In 2010 I read “Curly Like Me” by Teri LaFlesh. Someone gave it to me. 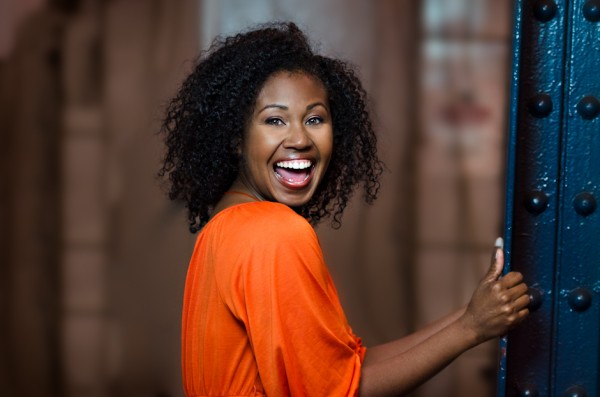 When did you transition?
T: When I read the book in 2010, I did have some relaxer in my hair.
Since 2010 there has been no chemicals in my hair whatsoever. I don’t even blow-dry it anymore. I’ve always been sort of natural.I would put relaxer in my hair and my hair still would not be completely straight . It would be straight in some places and really curly in others. It just really resisted relaxers. They just made it dry and it would break off. You do things sometimes in life not because it’s a choice you’re making but it’s because it’s what everyone else is doing. So I did that because, that’s what you do when you have hair and you’re black and you put a relaxer in it. Until I decided that’s what I’m not going to do anymore and I stopped. My hair will never ever be bone straight. The curl is just too aggressive and resistant to that but the relaxer made it more manageable but the relaxer also what broke it off and made it dry and unhealthy. My hair is very healthy now.

Do you have a daily or weekly hair care regime you follow?
T: I am religious about moisturizing my hair and keeping it in a protective style especially if I’m at home or working, and I am religious about using a satin cap at night. I have more patience with my hair. Before I was like “Get this comb through it quickly so I can go,” but now I take a lot of time with my hair. I put a lot of conditioner in it when I’m in the shower. I part in sections and really take it slow. I find that my hair responds to that. I think anybody’s hair would respond to care, nurture and moisture. I probably wash my hair once every 3 weeks and co-wash my hair once a week. I have a whole little stable of conditioners that I use. Very inexpensive ones like Tresemme, Aussie Moist- I love the 3‑Minute Miracle, Garnier Fructis. I use the Kinky Curly Knot Today and the Taliah Waajid. I love the Shea Moisture line. I love that my hair really loves Shea Butter and olive oil. I just bought the Jane Carter Solution Curl defining cream the other day.

It certainly feels more me and that affects everything I do including the type and quality of auditions I have. It’s going just fine as far as I’m concerned. If it’s working for me, I will continue to do it and those people who it also works for will be the ones who hire me and that will be enough.

I’ve read that you initially started out working for the New York Times. How did you find yourself in the realm of acting?
T: Creativity is one muscle as far as I’m concerned. I feel like creative people can usually do more than one thing in a creative field. Writing was my first love. Writing was what I thought I wanted to do exclusively. I was an English major at Vassar so it was logical that I would get a job as a teacher or a writer. It was a great first job to have but that wasn’t the kind of writing that I was interested in doing. I was a news clerk which involved a lot of schlepping but I would also attend story idea meetings and I had a lot of ideas and then the editor said, “why don’t you write it?” I only stayed at the Times for 9 months before I moved to Los Angeles. I had done some acting things in high school and I decided I would do that 100% so I could get it out of my system. I intended to stay for 6 weeks and ended up staying for 15 years and it worked out.

Recently, you’ve made your directorial debut with your first feature film Butterfly Rising, a film that was also based on your novel of the same title which you self-published. How was it going from being actress to director?
T: It’s a very natural progression. Outside of my nine month stint at the New York Times, all I’ve ever done was act. I know this world very well. It’s a natural progression from actor, writer and director. It’s all within the same world. They all require different disciplines but there’s a lot of overlapping. I like being in many different seats and in the case of Butterfly Rising, I did all of them at once. I had to prioritize and be very organized. It was a seamless progression. It works really well when you follow your intuition and you plan it really well.

What is next in line for you?
T: So many things. Another feature film that the gentleman who invested in Butterfly Rising is interested in doing. I’m working on some stuff in natural hair, a show but I can’t talk too much about it now. Another book/movie, I’m doing called “The Mistress,” which will have a larger budget than Butterfly Rising. I’m also launching this Tour of Butterfly Rising in March 2013. It’s a trans-media project. There will be different elements to it and it will be nation-wide. I also work with a non-profit organization in Africa called MKAPA Foundation that is founded by the former president of Tanzania. It is a non-profit organization that assists rural Tanzanians.

Do you have any advice for fellow artists out there who might want to pursue acting, directing or writing?
T: First be prepared to make some uncommon sacrifices. I would say, work hard; harder than anyone around you. Stay focused. Be determined and most importantly believe in yourself. These are short little things but they are massive and very difficult to accomplish and master. If anyone wants to set their goal in life whatever that goal is, they will have to go through a number of things that are very difficult but ultimately very rewarding. It’s not for the faint at heart so buck up! 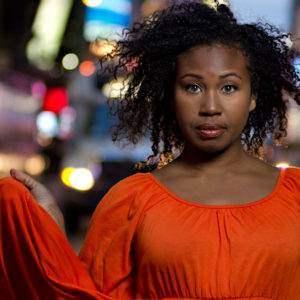 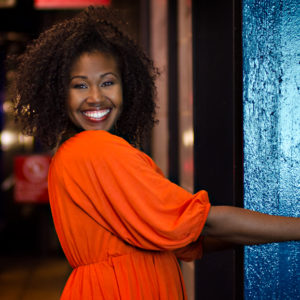 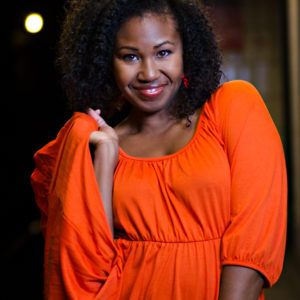 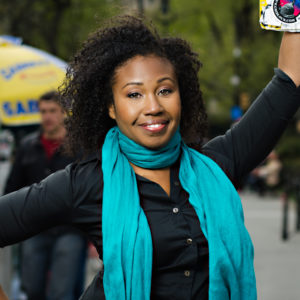 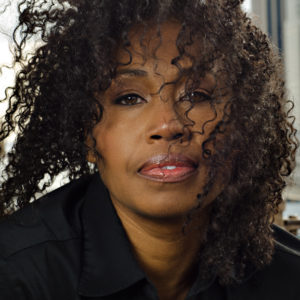 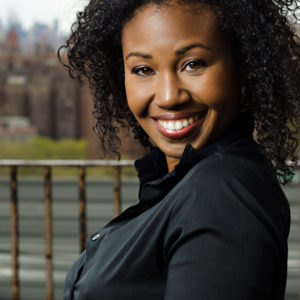 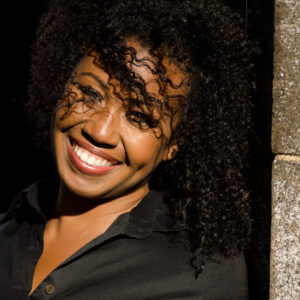 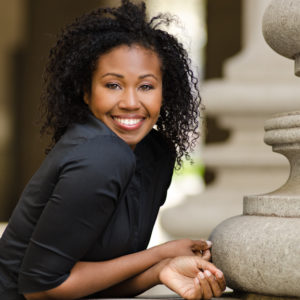 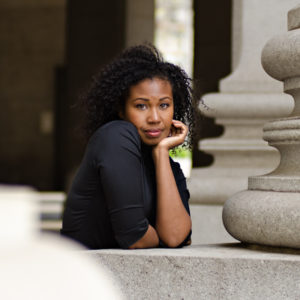 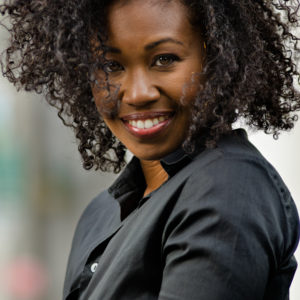 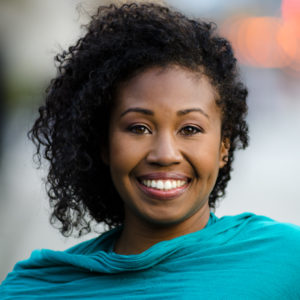 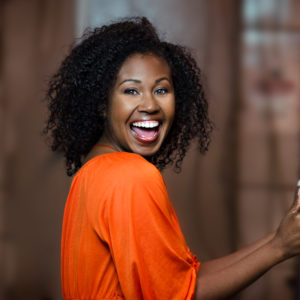 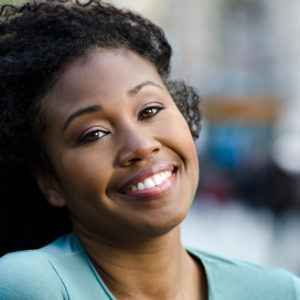 Yaaay a celebrity and am the first to comment yes!! Lol. She’s truly beautiful!! Bella, bella..

“Your relationship with your hair can be a really good metaphor for relationships you have in life; the way you deal with things and people.”

Hmmm —- never thought of it like this. Making me ponder..

I’m sure she’s a nice woman and she’s got pretty hair, but her acting, in the little I’ve seen in that clip… The constant pursing of her lips, the widening of her eyes, then rolling it. It’s that sh** I see Black actors doing on Disney channel and that Tyler Perry t.v. show, that (and I’m sorry to call it this, but this is the word I hear most used to describe it) cooning.

I agree with you I HATE that black actors especially the females always have to be the stereotype, She is beautiful though.

I remember her on the Cosby Show as Theo’s girlfriend. Beautiful hair!

Awesome talent, great interview, great hair, but I’ve got a teeny tiny little bone to pick: The song she’s referring to wasn’t written by Aretha Franklin. It’s one of the more well-known versions of a spiritual that was first recorded in the early 1900s. Here’s a recording by the Swan Silvertones in 1959: http://www.youtube.com/watch?v=wr_H_r6PcZQ

Your hair sounds like my hair, resistant to every method of processing that I could think of to make it straight.

y was the only thing i was able to take from this post ” 43 YEARS AND WHAT HAVE I GOT TO SHOW FOR IT? CAPS IN MY BRAIN AND POLYPS IN MY ASS!!” lmaoooooooooooooooooooooo. great job. i smiled