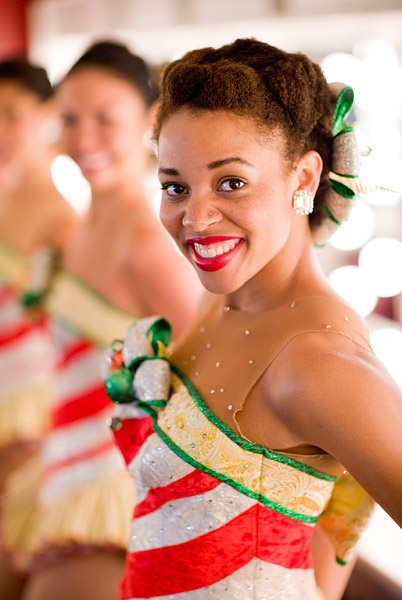 The Radio City Rockettes are one of America’s oldest entertainment traditions. For those unfamiliar, here’s an excerpt from Wikipedia;

The Rockettes are a well-known precision dance company performing out of the Radio City Music Hall in Manhattan, New York City. During the Christmas season, the Rockettes have performed five shows a day, seven days a week, for 77 years. Perhaps their best-known routine is an eye-high leg kick in perfect unison in a chorus line, which they include at the end of every performance.


The Radio City Christmas Spectacular is performed annually at Radio City Music Hall and in numerous other American and Canadian cities by a touring company of Rockettes. It is one of the most-watched live shows in the United States, with over 2 million viewers per year. The Rockettes perform annually at the Macy’s Thanksgiving Day Parade (since 1957) and the America’s Thanksgiving Parade in Detroit. The NBC Rockefeller Center Tree-Lighting Ceremony also traditionally includes a performance by the dance troupe.

One of the Rockettes this year is a natural! Gorgeous! 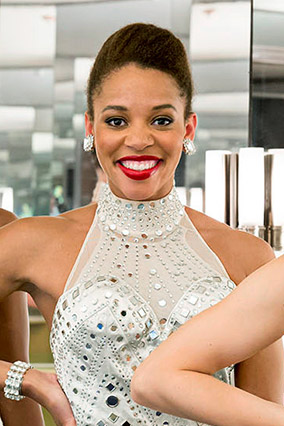 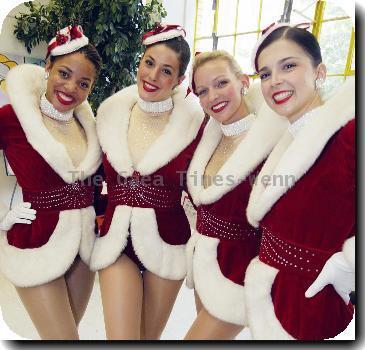 Ok I am super excited. How many black rockettes are there really?lol exactly…So to see one that is natural is extremely encouraging!! I am a former dancer so its crazy FAB!!!

This is awesome! I’ve seen the Rockette’s perform. They don’t even accept many African Americans, and the ones that were in it had very European features. So it’s great that they’re taking on someone natural. Go #teamnatural !!!

awww, she’s adorable! and i love the little hairstyle, will have to try that out. Bobby pins are SORELY needed for my arsenal

That is great! The Rockettes are so particular about height and weight requirements that I think it is great that they have a natural in the company.

Wow that is fab!!! And she has a nose piercing!!!! Totally fierce, the times have really changed.

More proof positive that natural hair can move in any circle it wants to.

I saw this post on another natural hair blog

You go, girl! I wanted to be a Rockette when I was a little girl. I’m too big and goofy LOL, but it’s good to see my hair wouldn’t have stopped me LMAO.

They are beautiful girls. And I love the natural hair. I love dancers too. I wish I could have been one. hmmm…

Bravo, Bravo, I saw the rockettes perform many years ago but never saw natural hair. Glad to see the status quo is changing!

There are more photos on their website.
There’s another brown girl rocking braids.
http://www.rockettes.com

OMG I want to try this style… how do i do it?

@ Jay! You’re not alone hun! Her nose ring was the first thing I noticed, lol! It’s so cute! I’m a also sistah with natural hair and a nose ring. I’ve had my nose pierced for 5 yrs now and I have a tiny stud like this beautiful Rockette. I’ve actually seen quite a few natural beauties with nose studs. I really hope times have changed and body piercing having have become a bit more acceptable! Nose rings are such cute accessories for natural women and the Rockette wears it fabulously! My inspiration came from Yaya DaCosta from America’s Next… Read more »

Her name is Samantha Berger. She has braids on the rockettes headshots.

She has facebook. You should find her and do an interview!

I did a post about this almost a week before and I can see that the interest is piqued here just as much as it has been piqued on my blog. I’m in contact with her publicist now my fingers are really crossed to see how well this goes.

Anybody know the reason the photos had to be taken down? I’m worried since I have some up myself

Sad news? I though you were going to announce someone died again. I was like: why so much bad new ? I’m glad it is just a lost of photo .

Hey! awesome blog! I happen to be a daily visitor to your site (somewhat more like addict ) of this website. Just wanted to say I appreciate your blogs and am looking forward for more!