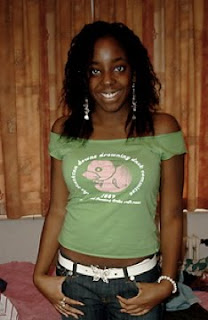 “I want to show people that there is nothing ugly, unmanageable or hard about afro textured hair.” ~Maureen 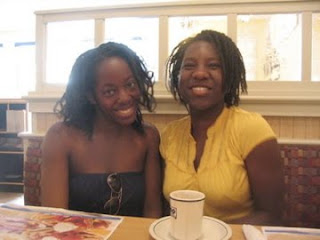 Where are you from?
M: I’m Maureen, 24 years old and I have a twin sister and a younger sister. My parents came from Surinam to Holland in the seventies, we’ve been here ever since. Currently I live in Leiden, where I used to attend university. This September I will be studying art history in Amsterdam.

What’s interesting about the place where you live?
M: Holland is a great place to live, especially for a history and art junkie like myself. Leiden actually has the honour of having the oldest university in the country. It was founded in 1575 by Prince William of Orange who lead the Dutch revolt in the Eighty Year’s War. Many members of the Dutch Royal Family studied there. Also Rembrandt van Rijn, one of the most renound painters of the 17th century, was born in Leiden. 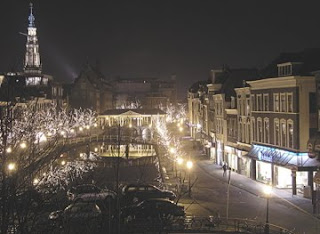 You’ve never had chemicals in your hair. Wow! How did you manage to resist the relaxer/weave trend?
M: Just seeing the huge damage it did on people’s hair, my family member’s in particular, has made me wanna steer clear from it. Gotta say the phenomenon of changing one’s hair texture fascinated me deeply. I remember when I was younger I would talk hair with some of my aunts and ask them why they relaxed their hair, how it worked and why it often caused the hair to fall out. It was weird to me because they and my mom (who’s natural by the way) had the longest, thickest hair growing up. I just don’t understand why anyone with healthy hair that’s their own would want to irreparably damage it to make it straight, more ‘manageable’, and by doing so settling for hair that’s become less healthy and very high maintenance. Also (I never relaxed) because of my parents, who would have never allowed it. Instead they taught us how to do our own hair.

With all this in mind I made the conscious decision to never turn to lye, no matter how hard my hair journey would be.
I only used a straightning iron for several months to stretch back sections of my hair for some extra layers, but stopped when I saw the damage occur. Huge split ends appeared (looking like freaky spider legs) which literally gave me goose bumps. Or weird tiny knots which I pulled and then broke off. The horror! I stopped doing it, glad to say my hair bounced back fast.

So tell us about your regimen.
M: I wash my hair every two weeks with rhassoul clay and shikakai powder mixed with either coconut milk or yoghurt. It’s the best thing ever, as it leaves my hair soft and supple without being stripped off natural oils. The day before I start with detangling section by section with a wide-toothed comb and Suave conditioner. Then I prepare my rhassoul mixture and let it sit, followed by an overnight hot oil treatment with olive oil and honey.

The next morning I wash and either deep condition with HPO Spa Hair Treatment (which smells divine by the way), or make a scalp scrub consisting of brown sugar and Suave conditioner. After that I rinse with green tea which I brew and leave to cool the night before. Then I finger comb and twist my hair using homemade flaxseed gel, shea butter, Hair Honey by Carol’s Daughter. I leave those in for a week, then rock a twist out. At night I braid the curls, condition with Jessicurl conditioner which is also a leave in. Then I spritz with water and seal with olive oil. 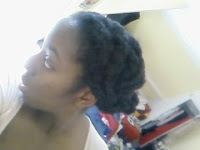 So what has been the reaction to your natural hair in Holland?
M: As far as crazy reactions go, I’ve had them more when I was younger. We lived in a predominantly white neigborhood and went to white elementary schools, and unfortunately kids can be cruel. But a lot of the reactions were also positive, like people wanting to touch my hair and stretch it, even strangers on the bus or train trying to feel my hair when they think I don’t notice it… very funny at times.

Since I started wearing my hair out more I get told by old school family members to go do my hair, but that doesn’t bother me. I mainly get positive reactions anyway, like this lady on the train who said my hair looked very beautiful and smart. She totally made my day!

What is the natural hair scene like generally in the Netherlands?
M: I think it’s kinda common now to be natural in Holland as I slowly see more naturals appear, especially in the bigger cities. Natural hair is accepted. Still, weaves and relaxers dominate the Dutch black hair scene. I would like this to change anytime soon.

What do you like about being natural in your country? And why are you pro-natural?
M: I like being natural because it’s so freeing to leave your hair in its natural state. My hair makes me stand out from the crowd. I used to only wear box braids, but recently grew so tired of them. I had to re-braid every week and as a student I don’t have the time to do that. It takes me so long, about 7 hours — if I’m lucky. All this weekly pulling, tugging, combing and braiding made my hair weaker and my hair line thinner. I wanted to give my hair a break, so I decided gentle finger combing combined with wearing my hair out more would do just that. One super sunny day I took the plunge and took my new self out to town, turning heads everywhere I went. It was the most freeing thing in the world! I finally felt the wind touch my scalp and move my hair around which felt great! Sometimes my reflection in the shop windows scared me and made me think: is all that mine? Damn.. 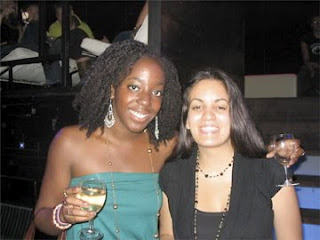 I want no fuss, no damage, just healthy hair. Why would anyone want to fight a constant battle against their own hair? It’s completely useless. Just leave it be! I want to show people that there is nothing ugly, unmanageable or hard about afro textured hair.

What would you like to see in your country in terms of natural hair care?
M: When it comes to natural hair care, I look to America as the promised land 😛 I can’t even imagine just going to the store and get me some beloved Hair honey or bentonite clay. There need to be more shops that cater to us naturals. Not only when it comes to products, but maybe also in the form of information, ‘how to’- workshops and definitely more hair salons for natural hair. Oh, and shops that sell products containing petrolatum, mineral oil and other vile ingredients got to go. Pink Oil Moisturizer…need I say more?

Embrace your hair, and you’ll see it’ll benefit other areas of your life too.

ahhh thats so cool to be able to live over there. her hair looks good!

I love her up do twist/bun combo.

Once upon a time

I love her positive attitude! Is Maureen starting locks (in the pic with the green top)?

i love the style she’s wearing in the last pic!!!!

I think it’s awesome that maureen has been natural all her life! and you can tell she’s done an awesome job by the healthy look of her hair.

I, myself, have been natural all my life and I totally dig what Maureen was saying, I’d like to hear more positive things about our hair as opposed to how “difficult” it is.

Also, if you like natural Afri-Chic style and Fabulous artwork, check out
lotusofwadiarts.blogspot.com

this girl’s hair is fabulous. i really lover her attitude, and that she’s been natural her whole life.

Great attitude and I also like that twisted updo. She’s been natural all her life.…I love it.