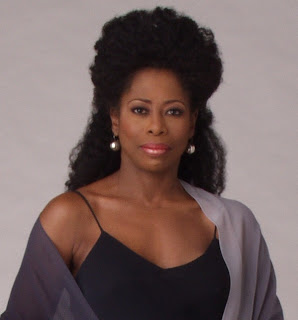 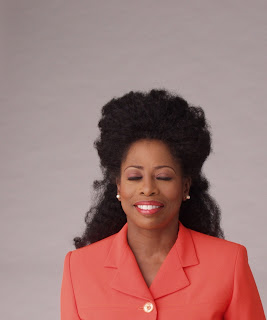 So, a few months back, I did a post about ‘grown and sexy’ naturals: professional women over 50 with DOPE hair. One of the women I mentioned was Naomi Davis, a former attorney and founder of B.I.G. (Blacks in Green), a Chicago-based organization dedicated to raising environmental awareness and bringing green jobs into impoverished Black communities.

I asked her if she’d like to be interviewed to kick off our work styles giveaway, and she agreed. This is just the first half of the interview, I’ll post the second half next week. All of this is very thought provoking, so I would love to hear your thoughts on it!

I have never had a formal opportunity to talk about my hair philosophy and am grateful for the chance.

In fact, I had a conversation with Renee*, intern for Chicago’s Department of Environment last night, and Charice*, a local business consultant who sometimes caps her natural coif with a wig just to silence the violence, so to speak about natural hair in the office.

No amount of money or “security” could have me deny my nature.

For over 10 years I’ve been natural and not locked. It’s not easy given my grueling work schedule, and how nappy my hair is…but I’m committed. And this means committed in spite of major hair loss from neglect and stress, to be honest. Mostly I pin my hair into an Ida B. Wells updo and call it a day. Elegant and most decidedly African. 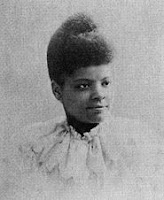 L says~Ida Bell Wells-Barnett (July 16, 1862–March 25, 1931) was an African American journalist and newspaper editor. An early leader in the civil rights movement, she documented the extent of lynching in the United States. She was also active in the women’s rights movement and the women’s suffrage movement.

A few years ago I would occasionally press my hair for a diversion. I’ve been a long -time fashionista – that is to say, brought up in the NYC wrag trade, Assistant Buyer at Bloomingdales, and Paris runway fantacizer. So fashion and a diversity of looks comes naturally to me, and so having a diversity of looks for me is ok. But the last time I had my hair pressed, one section of my hair would not revert and after 9 months + I cut it out and resolved that no hot comb would ever touch my hair again. Permanent conversion was not my bag.

I entertained a product called Straight Ends** which promised superior press and curl staying power without permanent chemical conversion, but I could never get their system down, and to this day have no sense of whether it really works. And no longer care.

What’s not ok is hating oneself and not knowing oneself when it causes us to fund an entire lifestyle and image that’s Euro-based. This does not include fashion, because God did not create the fashions on our backs but did create the hair on our heads. It does not even include plastic surgery, because while God did create our faces, every plastic surgery is not for the purpose of looking less Afro/moreEuro. It most definitely includes the billions we spend on Chinese hair for “African” braids, the longer the better.

And no, I don’t think every woman and girl needs to scream Africa! But let’s get at the root of self-loathing. I ain’t mad at Madame CJ, but let’s all read Belle Hooks’ book on black self-hate, Rock My Soul, and get real about how our oppression chases at the heels of our progress.

It’s everywhere. The black baby/white baby experiment results are as consistent and alarming today as they were in the 50’s.

L says~The Clarks’ doll experiments was conducted in the 1940s to test Black children’s self perception related to race. The children were given the option to play with a black doll or a white doll. Experimenters found that Black children often preferred to play with white dolls over black; that, asked to fill in a human figure with the color of their own skin, they frequently chose a lighter shade than was accurate; and that the children gave the color “white” attributes such as good and pretty, but “black” was qualified as bad and ugly. They viewed the results as evidence that the children had internalized racism caused by being discriminated against and stigmatized by segregation.

In 2006 filmmaker Kiri Davis recreated the doll study and documented it in a film entitled A Girl Like Me. Despite the many changes in some parts of society, she found the same results as did the Drs. Clark in their study of the late 1930s and early 1940s. Click here to see Kiri Davis’ experiment.

And I could go on and on. The story of working to develop my own product…the story of the endowment to build hair factories in the ‘hood…the story of BIG’s (Blacks in Green) recent workshop, “Race~Class~Environment” which reminded me of my own feelings of black inferiority. Yes, even me.

And a quick “dopeness in the blogosphere” alert!
Jc over at the Natural Haven has a great post on whether the coconut/lime natural relaxer is actually a relaxer. Great info! Click here to check it out.

THANK YOU for the real talk naomi! beautiful, educated and classy! you are absolutely regal.

Wow. L, you are so cool for this. I can’t wait to read more from Naomi. I mean there are educational blogs and then there’s this blog, a cut above the rest.

I love it.. cant wait to see pt 2. so many ppl need to get the idea of naps not being professional out of their head. whenever I here folks regurgitate that madness it makes me cringe…ppl need a lot of re-programming.

I liked most of this interview and I had never actually heard of Ida B-Wells or the doll studies …so interesting. I do strongly disagree on the commentary on ‘Chinese hair for African Braids.’Principally because I am Kenyan and I love African braids. As an example of traditional use of extensions – Maasai in Kenya do add wool/cotton to increase the length of their hair and some anthropologists believe before trade began they used cow’s tails! I certainly think that everyone has an idea of what is and isn’t Eurocentric. There are actually people who think of braids as ‘ethnic'(not… Read more »

Great post! Love the hair and a great perspective.

It’s so wild, I look back on my childhood and see signs of inferior thinking, more than I’d care to admit. Funny how society works on you (not really).

I really enjoyed part 1(I look forward to the other parts). I wish everyone who watched Tyra’s show this week could read this interview and learn something REAL about natural hair!!!

@ Nicole, I see it in my childhood as well and I’m glad I have a totally different mind set now!!

Wow, a new shero has arisen. I love her hair. @JC. I don’t think the comment was directed at braids in general or the African roots of braids. I thought it referred to the extravagant amount of money we spend to buy hair from China (and India) to use for our braids. Black women spend and extraordinary amount of money on hair care. That’s what I thought she was referring to.

Naomi’s hair is gorgeous…maybe she’ll grace us with more pics? a reggie even?

@ Zee… thanks!
@ Anonymous… lol, a new “shero” indeed. I love Naomi, but I’m also hoping that more bomb professional naturals will arise. I know they’re out there!
It is kinda crazy/inspiring, tho, to hear from someone from a different generation who’s been natural for so long.

Her hair is beautiful, and her wisdom is inspiring. I feel as though we could all learn something from Ms. Naomi… I know I did! I first heard of the Black doll/white doll experiment a few years back and was immediately thankful to my mom who provided me with beautiful Black babies and Barbies to play with. Its messed up that not only is racism is inherited from one generation to the next, but so is self-perception, self hatred, and self confidence.Being happily natural is only one of many steps that need to be taken to fully embrace the anomalies… Read more »

Naomi Davis’ hair is my weed.

I remember when my former supervisor told me my afro would scare white people away from taking tours where I used to work. And indeed some white people would seem stoked to see the museum until they learned I would be their guide…. I guess they didn’t feel comfortable being taken around a plantation with an “Angela Davis” type. I no longer work at that place, but I still have that thinking of how my “revolutionary” hair is offputting…. It’s really hard if you are a public servant because you have to make yourself look approachable….and in some areas of… Read more »

It’s so great to see a successful black woman say it’s perfectly alright to wear your natural hair in the workplace. Hopefully this will help dispel some misconceptions!

You are so beautiful. I really love your hair. You are my new hair idol. God Bless you.

Thanks for posting this interview. Naomi sounds like a very wise woman and hit some really good notes.

This particular interview was inspiring. I am an older hair diva and sometimes I don’t want to “look” to young with my hairstyles. Thanks for sharing Namoi’s story.

Great post! This segment on professional women and natural hair is a great idea! it bridges the concept of wearing natural hair in general and wearing it everyday, which for most of us involves wearing it to work/offices. I can’t wait to read the rest of Ms. Davis’ interview. Always insightful material to read on this blog :-}